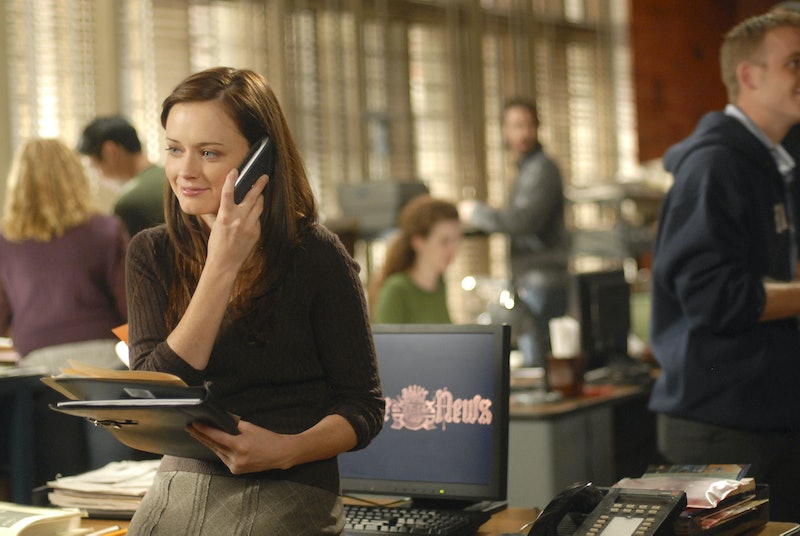 Feelings, so many feelings! The Gilmore Girls reunion panel at ATX brought up so many emotions it's hard to process them all. It was amazing seeing the whole gang get back together and talk about the show, old times, and of course, the many epic loves of Rory Gilmore. It's a controversial topic that has been known to end friendships, and, while there are many different sides, it can be essentially boiled down to three teams. Team Dean (hunky first love who couldn't let go), Team Jess (he's a bad boy with a heart of gold) and Team Logan (entitled rich boy who challenges Rory at Yale). While Rory herself, Alexis Bledel, thought that she would be single right now, off in the world focusing on her career, everyone else was choosing favorites. Good points were made by all, but I liked Scott Patterson's (who played father-figure Luke) take the best. He was of the opinion that none of them were good enough for Rory. Not even his nephew Jess.

Sacrilege or sanity? After some consideration I think that Luke... I mean, Patterson is right. None of these guys were quite right for Rory; she needed someone else. Personally, I think it would be a blend of all three ex-boyfriends meshed together, not just one or the other. This new guy would obviously need that X-factor quirk, and, boom, we've got the guy she marries in the reunion movie that exists only in my dreams.

This got me wondering what qualities would make up the perfect man for Rory, and the results make a pretty handsome fella. Let me break it down for you, because I think I have this down to a science: