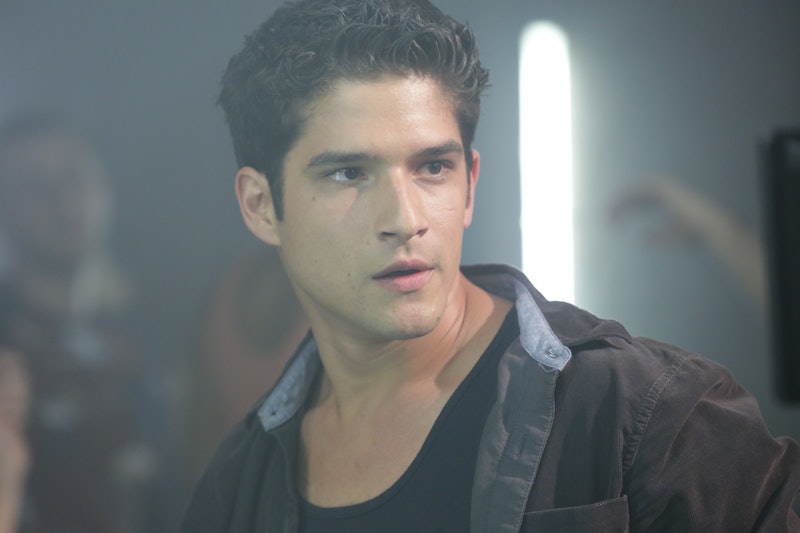 I don't know about all of you, but my body has never been so ready as it is for the Teen Wolf Season 5 premiere (which is Monday night, in case you didn't know). After an entire year of waiting, because MTV refuses to take my beloved show about angsty teenage werewolves off the summer series cycle, we'll finally get to experience our favorite Beacon Hills residents' senior year, wolfy drama, and, of course, the full experience of Scott McCall realizing his True Alpha power, which means we're in for a very different show than we're all used to.

First things first, though — let's get reacquainted with the last season, because what's life without a little context, y'know? When we last left our sometimes furry friends, we learned that Derek had evolved into a full wolf; Malia had vowed to find out who her mother, the Desert Wolf, really was; Kate the were-jaguar had run away; Chris Argent joined the Mexican hunter family; Lydia had promise to help the uncontrollably sexy and also apparently fireproof Deputy Parrish figure out what he was; Peter Hale got locked up in Eichen House with the creepy three-eyed dude Dr. Valack, of whom I'm sure we haven't seen the last; little wolf Liam had finally learned to embrace Buddhism and control his wolfitude; Stiles and Kira remained pretty much the best; and Scott finally accepted his True Alpha status, including all of the power and responsibility that came with it. Now all there's left to do is for him to learn exactly what to do with it, all while trying to graduate high school. SO FUN, GUYS. Also, I really don't even know how they managed to fit so much into one season. Like, seriously. That was exhausting just to type out.

Now, the first episode of the two-part Season 5 premiere promises us some next-level Bill Nye the Science Guy villain s**t, but I'm more concerned with how the show will change now that Scott is the realest of the real, the Truest of the Alphas. Any of the following seven things could happen, because this is Teen Wolf, and, as Cady Heron once said, the limit does not exist.

1. Scott Will Have To Wolf-Dad More Betas

I have a feeling that Scott is going to need more people in his pack than a little beta Liam, were-coyote, a banshee, a Thunder kitsune, and one-time nogitsune Stiles. While Scott is generally against hurting people or biting them unless it's absolutely necessary, he might be able to attract lone wolves or absorb other packs into his own as a True Alpha. Because who doesn't love hanging out with a wolf with a heart of gold? So what does this mean for the show, you ask? More hunks, mostly.

2. There's Going To Be So Much More Angst

Like, SO much more. Mainly, Scott will likely be fighting with himself as to how to handle all of his newfound power and his friends complaining that he needs to just take a chill pill and be the chill-ass wolf he is. But in an angsty way.

3. Peter Will Get Even More Devious

All Peter has ever wanted is to take back the power that he believes Scott stole from him, and he's shown in the past that he really will stop at nothing to achieve it. Now that he's locked in Eichen House with someone that even he seems to be afraid of, it'll be interesting to see what lengths he'll go to to ultimately escape (because you know he will) and attempt to once again take down Scott. Even more interesting would be if he was, even if for a moment, successful in stealing Scott's power, but we'll see what happens as Season 5 plays out.

I really don't want to see Scott and Kira break up, because she's a total badass and I think they're really sweet together, but with all of the energy Scott's going to have to devote to leading his pack, I'm afraid his personal life will suffer.

5. He's Going To Have To Learn How To Werewolf All Over Again

Because there's no way being an Alpha is as easy as being a Beta.

This is less a direct result of Scott becoming a True Alpha and more a result of Tyler Hoechlin no longer being a series regular, but less Sterek means more Stott (Stiles & Scott? Should I trademark that, or does someone have a better bromance name for the two of them?), and I'm certainly not complaining.

I have a feeling Derek had more enemies as an Alpha than we were really aware of. The Doctors, aka the Big Bads of Season 5, seem to be after all the supernatural creatures in Beacon Hills, though I'm sure Scott is a big draw, and the newest character, a lone wolf named Theo played by none other than Pretty Little Liars' Cody Christian, is sure to bring the drama. Needless to say, Scott's new Alpha status is going to cause some serious damage in Beacon Hills, and not necessarily in a good way.

More like this
'Heartstopper’s Joe Locke Wants To Be Disney’s First Gay Prince
By Sam Ramsden
Netflix Just Revealed When 'Never Have I Ever' Seasons 3 Will Premiere
By Gretchen Smail and Alyssa Lapid
'Unforgotten's Brand New Character Joins At A Pivotal Moment For S5
By Bustle UK
Will The Pentaverate Get A Season 2?
By Kadin Burnett
Get Even More From Bustle — Sign Up For The Newsletter