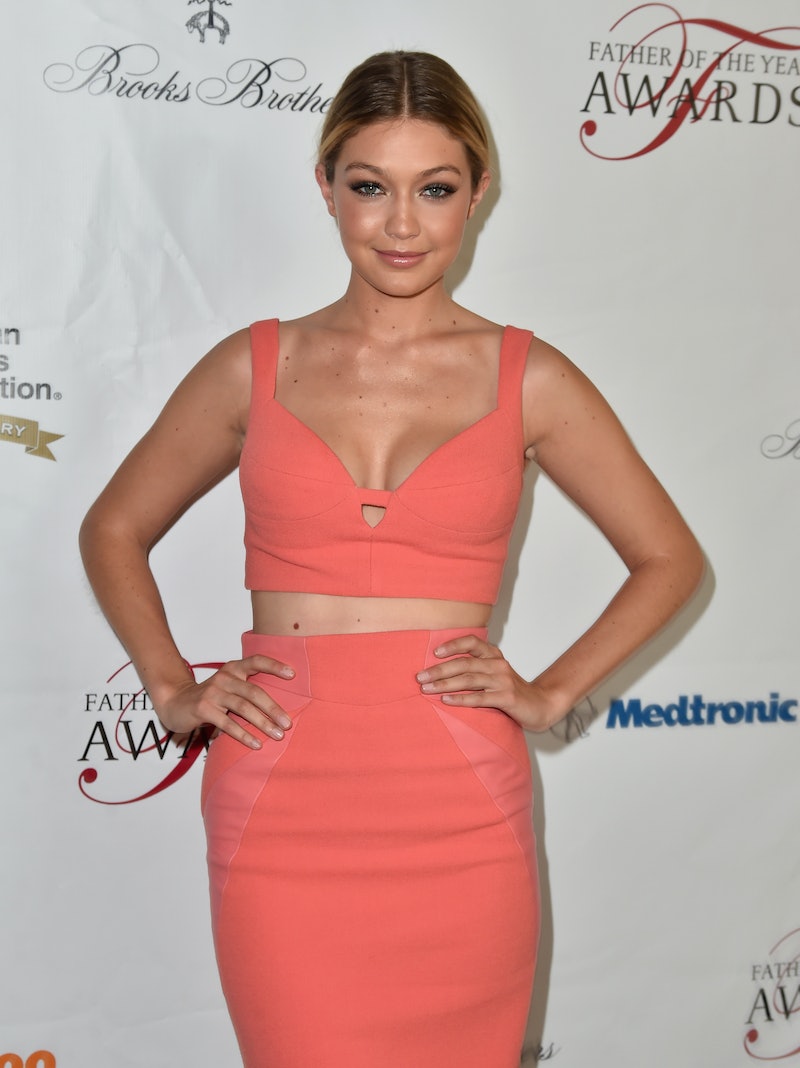 Important question: If you didn't get invited to Taylor Swift's Fourth of July extravaganza, did you really celebrate America's birthday correctly? Sadly, my invitation must have gotten lost in the mail... So instead I had to live vicariously through all of the Instagram photos from Tay's ever-growing circle of friends. Seriously, EVERYONE was there. From an Ed Sheeran cameo to the JoBros wearing matching onesies, it seemed like an unforgettable party. A few thoughts ran through my mind as I looked at the patriotic pictures:

I almost got distracted from that last question, because I was too busy admiring the swan floaties. But really, the photos of Gigi and Joe (aka G.I. Joe) are super cute. Last week, Nick Jonas pretty much spilled the beans to Entertainment Tonight about whether they're together. When asked about Gigi and Joe, Nick said, "Their relationship is their own thing. And I’m happy to see my brother happy."

Keyword in that sentence? "Relationship." Although they haven't actually officially confirmed that they're a couple, I think Nick's comments, plus these pictures, speak for themselves. Let's examine the photo evidence, shall we?

This photo sums up #RelationshipGoals, everybody. Relationship. Goals.

Direct your attention to the left side of this photo. Yup, that's Gigi and Joe wearing matching onesies. She's also snuggling up to his shoulder, just saying.

If you look closely, you'll see Gigi and Joe doing the SAME POSE as Taylor Swift and Calvin Harris. We know TayVin is a couple, so that means this must be the official pose when you're on a swan floatie with your bae.

If you're still not convinced, these photos from their recent trip to London also suggest that the two are more than friends.

Posing By The Water

Joe shared this photo of Gigi, casually posing in London. She's probably smiling so big because of who the photographer is.

Hanging On A Boat

This may be the most important photo of all. It's significant for two reasons: 1. It shows that Taylor Swift and Joe Jonas can hang out in the same place without the world exploding. (Who knew?) 2. It must be because Tay is so supportive of her BFF's new relationship. That's the only acceptable explanation, right? Right. I rest my case.

Clearly, Joe and Gigi are an item, and they seem totally cool with making their relationship known. As they should be, since they've already proven that they're one of the coolest new couples around.