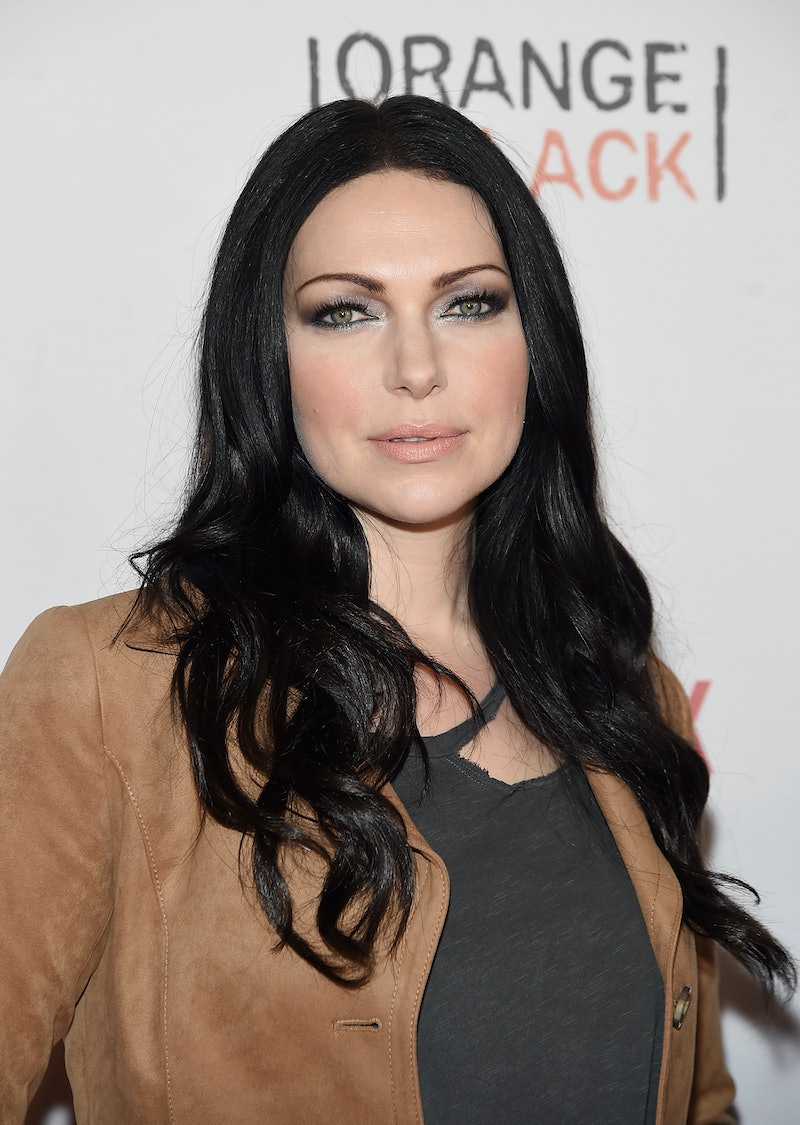 Throughout three seasons and countless episodes, Orange Is the New Black has subjected us to Alex and Piper's on-again, off-again relationship. They meet and a bar; they get together. Alex makes Piper do something illegal, and she freaks; they split up. They end up in the same prison; they get together. Alex is transferred to another prison; they split up. Piper tattles on Alex's probation officer and gets her thrown back in prison; they get back together? (Yeah, I don't get that one, either.) And, now, after the most recent season, it's possible that [spoiler alert] they might be done for good, since it's possible that Alex was killed off at the end of the last OITNB episode. But, is that for real? Will Laura Prepon return as Alex in Season 4 of Orange Is the New Black ? I mean, that is one heck of a cliffhanger, and a year to wait for the answer is a long time.

Like Alex Vause, Laura Prepon has had her own on-again, off-again relationship with Orange Is the New Black. After being a major character on the first season, Prepon waffled about whether to return for the second season, and for how many episodes. Then, thankfully, she returned to Season 3 full-time. It was a happy day.

But what about that scary cliffhanger, though? Fortunately, Prepon's recent Instagram post gives us a big hint that she will be returning for Season 4 of Orange Is the New Black.

Yep, that's a pretty strong indication that Alex Vause is returning to Litchfield for another round of makeup and breakups. Or, of course, she could be deliberately misleading us. She might be filming a flashback, or a dream sequence, or her actual death scene that we didn't see in Season 3. It's very possible that Alex will be absent after the first episode. Other than the Instagram photo, Prepon hasn't given any interviews or said anything that confirmed how much of Season 4 she'll be in.

Would she play with our emotions like that? That's definitely an Alex Vause move, but I don't think it's really a Laura Prepon one. Why? For starters, what else would she do? She doesn't have any other acting commitments announced yet. (Even Taylor Schilling managed to squeeze in filming The Overnight on hiatus.) And, her diet book doesn't come out until March 2016, so she doesn't have to hit the road promoting that yet. I have a feeling that, this time, her Litchfield stay is going to be a long one.