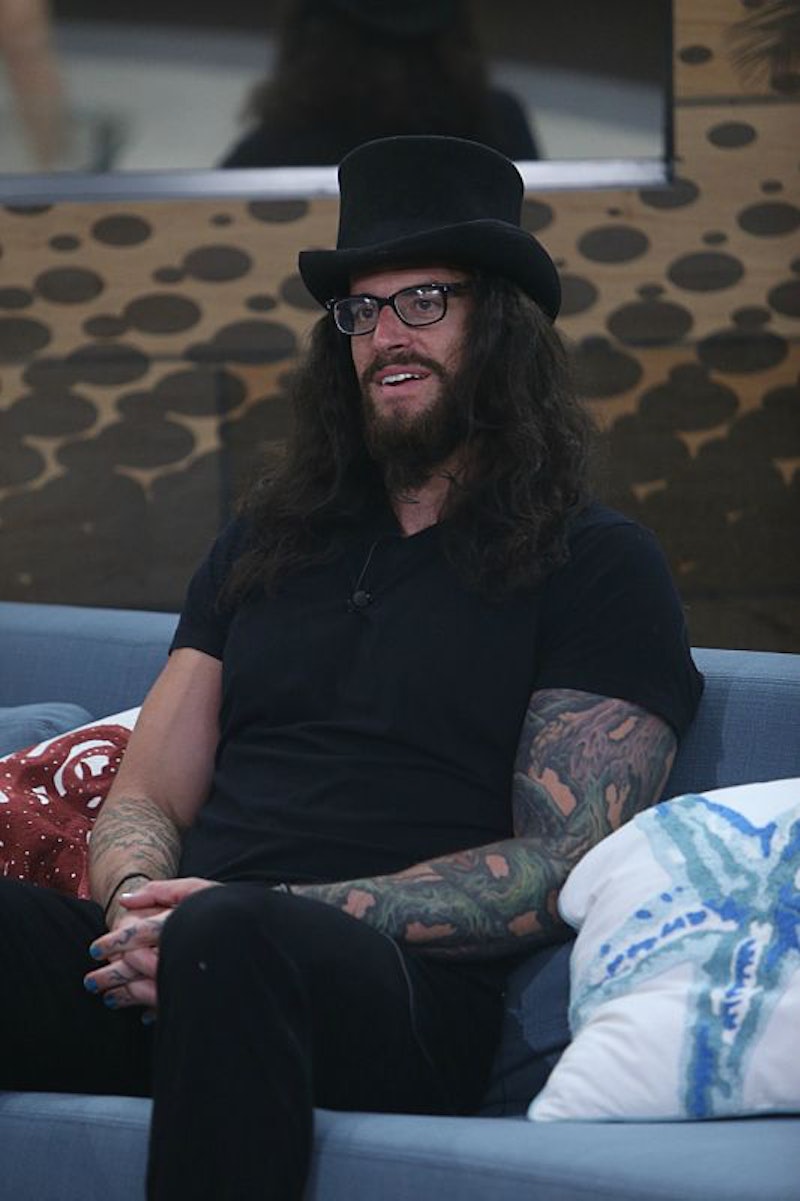 Austin didn't start out as the biggest jerk of Big Brother 17. However, as other contenders for Jerk-Of-The-Year got evicted —bye bye, Jace and Jeff — Austin has really kicked it up a notch and has reached new levels of jerkdom. At the beginning of the season, it seemed that Austin's dislike for other jerks in the house would lead to him being a gentle giant. He detached himself from Jace after his unsavory antics and fought to have Jeff evicted, which greatly improved the mood of the house. However, Austin's recent behavior is leading to other houseguests wanting him gone, and I can't help but agree that Austin should be evicted from the Big Brother house next.

Austin has gone from a self-proclaimed champion of the people to everything he claims to detest. He says he's a supporter of women, so why is he pushing a relationship on a fellow houseguest who may not be entirely interested, especially when the status of his out-of-house relationship is ambiguous? He claims to be anti-bullying, so why is he joking about pushing Steve into lockers? Austin seems to suffer from a severe lack of self-awareness, and it's turning everyone against him. For more on his disappointing changes, check out Bustle's BB17 podcast.

Here are just a few of the ways Austin is ruining his own image.

He's Way Too Protective Of Liz

When Jeff was evicted from the Big Brother house, Austin sent him a goodbye message concluding with, "No one comes between me and my twins." His twins? You mean, the one he's maybe in a slight showmance with and the one who isn't interested in him at all? Austin owns them? Slow down there. Austin also has a bad habit of lashing out at other houseguests who are friendly towards Liz, trying to be a controlling boyfriend without being an actual boyfriend.

It's hard to tell if Austin has forgotten that he's being monitored constantly, or he just doesn't care. Either way, he has been dropping creep-tastic statements to Liz since he's been sharing physical space near her. Austin has been placing his hands on Liz every chance he gets, and asking about her sexual preferences. Nothing Austin has said is as cringe-inducing as this quote, though:

After you've gone to wash your hands to wipe the prime nastiness of that comment off your skin, take time to note the extremely sudden change-of-topic. Appreciate the severe escalation of from comfortable conversation topic to the equivalent of a gross, rude text sent by a frat boy that you promptly delete. That whole sentence is a Picasso-level work of ickiness. It's shocking that it was said by a real person who knows he's being seen by a huge audience.

Austin's time wrestling for WWE NXT ended with him speaking out against alleged bullying and neglect, which was denied by the other parties involved. So it's odd that he seems to have become a bully himself in the house, especially towards one of the most likable houseguests this season. Steve is an awkward goofball, and it's hard to imagine anyone who knows him well being outwardly mean to him. Jace bullied Steve earlier this summer, and Jace was promptly sent home because there is some justice in the world. Austin has been displaying bully-like behavior directed towards Steve in recent weeks. In the Diary Room, Austin claims he would be tempted to shove nerdy Steve into a locker given the chance. Austin has been telling Steve to "be quiet" during conversations and told Steve to "stop touching Liz." Austin and others suspect Steve has a crush on Liz or Julia, but who cares? He's a sweetheart who wouldn't hurt a fly. So why does Austin the anti-bully want to hurt him?

He Doesn't Even Want To Win The Game

In a conversation with Jason, Austin recently revealed the full truth about the Twin Twist. Austin implied to Jason that he's only interested in keeping Liz around, and would evict Julia if it meant he got more time with Liz. It seems that Austin's only interest is getting to the jury house so that he can be alone with Liz and away from cameras. Austin is opting to pick someone he kind of likes and has only known for a few weeks over $500,000. Someone who thinks that irrationally doesn't deserve to make it as far as he has in the house.

Austin's time in the Big Brother house should come to an end, and thankfully it looks like it's going to. Jason has been telling everyone what Austin has said about Liz and Julia, and Judas' attempt to frame Steve for an odd vote seems to be backfiring on him and turning Austin himself into the target. The sweetest irony of all is that if Austin is voted out this week, both twins will be entering immediately following his eviction. We lose one creepy dude and get another badass woman in the house, what could be better?