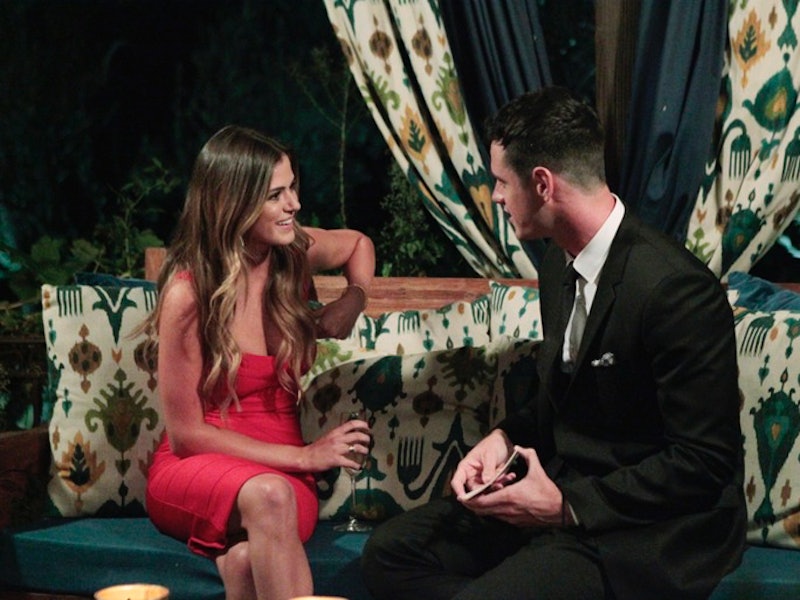 At this point, I am more invested in Ben Higgins' quest to find love than I have ever been in any of my own relationships. I have no idea who he is actually going to pick at the end of this Bachelor season, but based on what I've seen, it seems pretty obvious that JoJo Fletcher is going to make it into the top two. Not only that, but it really seems like she has a shot at winning the whole thing. She and Ben have a strong rapport and a very natural connection. It would not surprise me if JoJo and Ben ended up in a serious relationship after the show is done. Sure, Ben has some great ladies to choose from at this point, but there is just something special about JoJo. In fact, there are a lot of reasons why JoJo Fletcher will win The Bachelor and Ben's heart.

Why wouldn't Ben pick JoJo? She is a woman who really seems to have everything going for her so it would make perfect sense for Ben to date her in real life. The only thing that does not make any sense to me is that she is actually single and applied to be on reality TV dating show in the first place. I'm sure all her old flames are kicking themselves — and we know one of them definitely did, which was made pretty obvious when JoJo received a letter her ex-boyfriend during her hometown date with Ben.

But forget about those exes, here's why JoJo's going to win.

1. She Gets Along With Everyone

Ben has made it clear that he wants to be with someone who is the same in front of him as she is with other people. JoJo has not been involved in any drama with the other women on the show, and if you follow her on social media, it is evident that she has made some lasting Bachelor friendships.

2. She Does Not Take Herself Too Seriously

JoJo is not afraid to put herself out there and get silly. She brushed it off when she couldn't place Indiana on a map and she even wore a unicorn mask on the first night. This girl is always in on the joke and it is incredibly endearing.

JoJo has always been upfront about her feelings for Ben and her concerns throughout the process. Even when she got that letter from her ex, she tackled the drama head on. JoJo immediately called him and left a message to shut down his post-breakup pursuit. Then she immediately told Ben about it and cleared the air. This kind of honesty is something to be applauded.

JoJo won the first group date rose and on top of that, she always ended up with some alone time on the other dates. She was never aggressive about it and it just happened naturally. JoJo always stood out in the crowd and Ben was always drawn to that.

Ben has made it clear that his faith is very important to him. This is something that he and JoJo have in common so it would make perfect sense for these two to end up together.

6. She Can Go With The Flow

From the weird date swimming with pigs to that obnoxious helicopter wind blowing her over in Las Vegas, JoJo has had to make it through a lot of awkward date moments. She has never flinched when situations got difficult and she always has a positive attitude.

7. She Has Chemistry With Ben

These two are always touching each other and making out. The heat between them is undeniable. And it seems to be more than just a physical attraction: Ben and JoJo really seem connected in every aspect possible.

8. She Is Chris Soules' Favorite

Even though they both "dated" Becca Tilley, Chris Soules and Ben Higgins have a serious bromance going on. This makes me trust any insight that Chris would have. During a Bachelor Live appearance, the former Bachelor predicted that there is a 75 percent chance JoJo will win and a 22 percent chance of it being Lauren B.

JoJo's hometown date was rough, to say the least. Her brothers want the best for her and they were very hard on Ben as a result. She was put in such a tough position and I wanted to jump through the TV and give her a hug. She made it through the other side and it may have brought her and Ben even closer together.

10. She Says The Darnedest Things

You never know what's going to come out of JoJo's mouth. She never says anything stupid or embarrassing, but she is low-key hilarious. She always has something funny to say and it never gets a ton of attention, but I'm sure Ben has noticed and laughed along.

11. She Has Real Feelings For Ben

JoJo has made it clear that she is falling for Ben and that she is all in when it comes to putting herself out there. Even though Ben is going out on dates with multiple women, she knows how important it is to be open with her feelings and let Ben know what's going on in her head.

Get ready to see JoJo sitting next to Ben when the After The Final Rose special airs in a couple short weeks!

More like this
‘The Bachelorette’s Michelle Young & Nayte Olukoya Explained Their Breakup
By Stephanie Topacio Long
Pete Davidson Pops Up In This Hidden Scene From The Kardashians Season Finale
By Jake Viswanath
'Bachelor In Paradise' Finally Announced Its Season 8 Release Date
By Kadin Burnett and Grace Wehniainen
Winter 'Love Island' Will Be Back In 2023, ITV Bosses Confirm
By Maxine Harrison
Get Even More From Bustle — Sign Up For The Newsletter