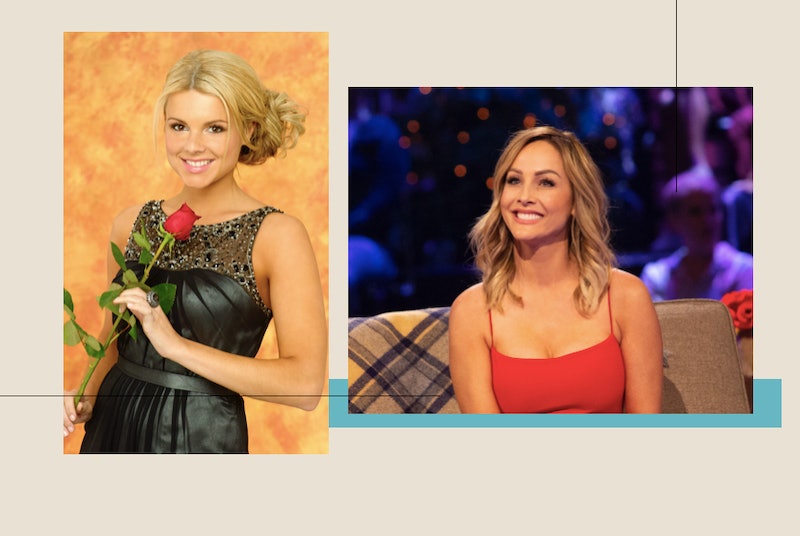 Ever since rumors first began circulating that Clare Crawley had been replaced as the Bachelorette, fans and former contestants have been speculating about what went down — and one former lead has a solid theory. During a recent interview with Entertainment Tonight, Ali Fedotowsky said there's "no question" Clare talked to her Bachelorette contestants before filming, which would explain why the new Bachelorette was reportedly so sure she had found "the one" after just two weeks of production.

"We have to assume she was talking to all of them [during quarantine], if not the majority of the ones she was interested in, based off of pictures or initial attraction," Fedotowsky told ET about what she thinks happened to make Clare fall in love so quickly. "That's got to be it, there's no question."

In fact, Fedotowsky added that the decision to delay production on the new season of The Bachelorette likely allowed her to connect with some of the contestants before arriving at the Palm Springs resort where they have been filming. "No question... She was [talking to them]," she insisted. Despite being announced as the new Bachelorette in March, due to the ongoing coronavirus pandemic, Clare didn't begin filming until July; however, the first round of contestants competing for her affections were originally unveiled in the spring, providing her with plenty of time to get to know them outside of the show.

On August 3, Deadline reported that Clare decided to leave the show after falling in love with one of the contestants — former NFL player Dale Moss, who reportedly also earned the First Impression Rose — with Tayshia Adams taking over as the new lead. (Bustle reached out to ABC about the rumor that Clare was leaving the show with Tayshia taking over the lead, but did not receive an immediate response.)

Though it's normally frowned upon for the Bachelor or Bachelorette to communicate with their contestants before filming, it has been known to happen. Peter Weber met current girlfriend Kelly Flanagan about a month before filming his season of The Bachelor, while Nick Viall was reunited with Liz Sardoz on his season a year after having a romantic encounter. Viall also joined Kaitlyn Bristowe's season of The Bachelorette after they spent weeks flirting online, and Rachel Lindsay's childhood friend Fred Johnson was briefly a contestant on her season.

But rather than condemning Clare for reportedly connecting with one — or more — of her contestants while production was delayed, Fedotowsky told ET that she thinks Clare did the right thing by deciding to leave the show after reportedly realizing Moss was the one for her. "[She] saved herself a lot of stress and tears," Fedotowsky said. "I think it's 100% the right decision, and I think it's going to be so exciting to watch."

While fans will have to wait until the new season of The Bachelorette premieres to see exactly how Clare and Tayshia's love stories play out, it seems that this really will be the most dramatic season the franchise has ever seen — and everyone in Bachelor Nation is excited about it.