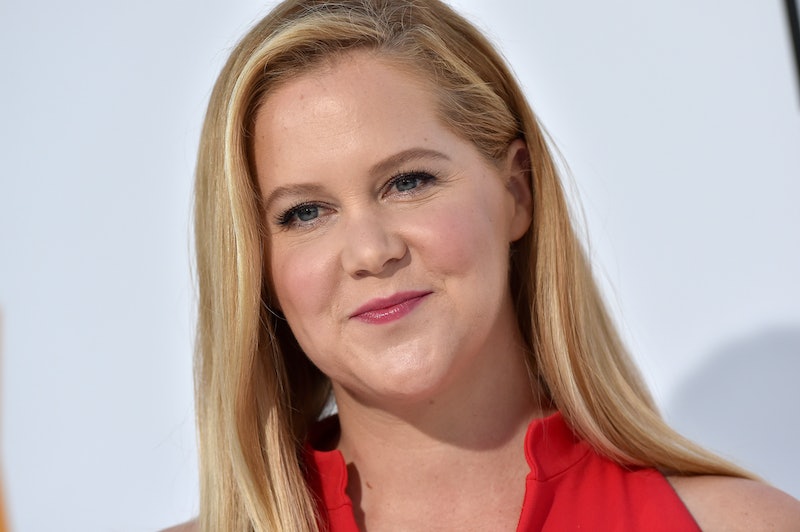 Amy Schumer is feeling good after endometriosis surgery and liposuction. On Tuesday, Jan. 18, the comedian gave fans a positive health update on Instagram next to two photos of her posing in a black swimsuit on the beach. “I feel good. Finally,” she wrote, telling her followers that it’s “been a journey.” On her Instagram Stories, she revealed that she’s down to 170 pounds.

Schumer, 40, went on to thank the professionals who helped her get to this point, including her endometriosis doctor, her plastic surgeon, and her acupuncturist. She also confessed that she never thought she would treat her endometriosis, a painful disorder in which tissue that normally lines the uterus grows outside of it. “Talk to me after your uterus doesn’t contract for 2.5 years and you turn 40,” she wrote.

Schumer has long been open about her struggle with endometriosis. In September, she revealed that she had her uterus and appendix removed in a video on Instagram. “It’s the morning after my surgery for endometriosis. My uterus is out,” she said. “The doctor found 30 spots of endometriosis. He removed my appendix because the endometriosis had attacked it. There was a lot of blood in my uterus.”

The Trainwreck actor appeared to be in good spirits post-surgery. “I’m sore. I have some gas pains, but other than that I already feel that my energy [is better],” she said. In the caption of the video, she told her followers that if they have very painful periods, it’s possible that they suffer from endometriosis. She doubled down on that message in a separate Instagram video a few days later.

“What I learned today is that your periods shouldn’t be painful and not everyone’s are,” she said. “From the time I got my first period I was knocked over vomiting from the pain.” A few Instagram posts later, the comedian, who shares a two-year-old son named Gene with husband Chris Fischer, said she was already feeling “stronger and thrilled about life.”

In her post, Schumer attached audio from her doctor’s appointment for anyone who may be experiencing something similar. “I cry through most of the findings,” she wrote. “I had a tumor in my endo ravaged appendix. Chocolate cysts in both ovaries. Endo of the uterus, psoas all over all my lifelong pain explained and lifted out of my body.”

Schumer believes that her endometriosis was tied to the hyperemesis — persistent nausea and vomiting — she experienced during her pregnancy. She also came down hard on the medical community for the lack of endometriosis research. Now that she’s had surgery, however, it seems she has a whole new lease on life. “I am already a changed person,” she wrote. “I am bursting with joy for the new energy I have to be with my son.”

But endometriosis surgery and liposuction aren’t the only procedures Schumer has had recently. In December, she revealed that she got fillers in her cheeks but it didn’t look right. “I tried getting fillers,” she wrote on Instagram. “Turns out I was already full. Thank God you can dissolve them I looked like #malificent.”