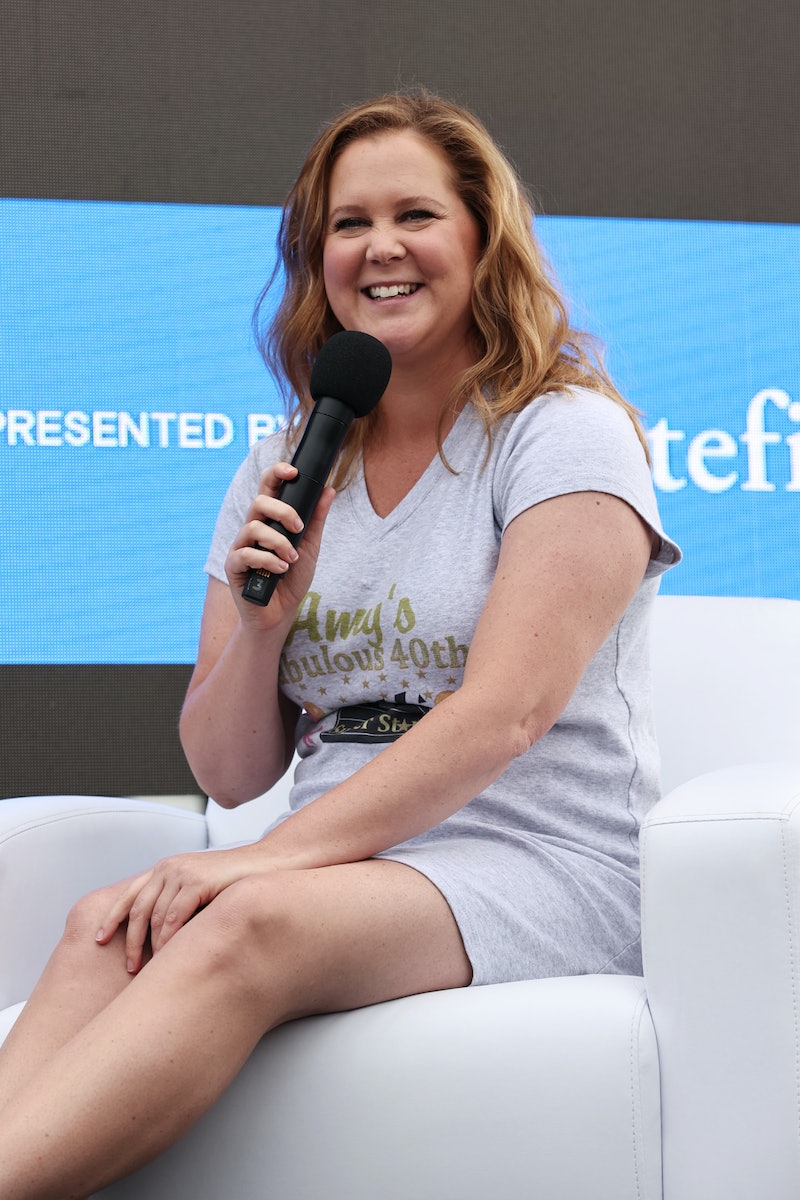 Some 11% of American women may have endometriosis, per the Office on Women’s Health — but knowing if you have the disorder isn’t always easy. One of them, comedian and I Feel Pretty star Amy Schumer, is speaking out, calling attention to the issue after having had both her uterus and appendix removed due to endometriosis.

In a Sept. 18 Instagram post, the actor opened up about her experience of suffering with endometriosis and undergoing a hysterectomy and appendectomy. Bidding the disorder farewell on her story — “peace out endometriosis!” — Schumer also shared a video from her hospital bed documenting the procedure’s outcome.

“So, it’s the morning after my surgery for endometriosis and my uterus is out,” she began. “The doctor found 30 spots of endometriosis. ... He removed my appendix, ’cause the endometriosis had attacked it. There was a lot, a lot of blood in my uterus.”

According to the Endometriosis Foundation of America, the disorder involves uterine-like tissue being found in other parts of the body — from the outside of the uterus to the fallopian tubes and even organs that aren’t part of the reproductive system, like the appendix in Schumer’s case. Painful, irregular periods and fatigue are just a few of the symptoms associated with endometriosis.

Though her video cut off before she could continue in depth, Schumer seemed to think the surgery was having a positive effect. “I’m, you know, sore and I have some gas pains, but other than that I already feel that my energy...” she said.

In her caption, Schumer included some helpful advice for people with periods. “If you have really painful periods you may have #endometriosis,” she wrote. The comedian has long been vocal about her own, even before partnering with Time to Tampax on the tampon brand’s period health campaign. In a 2018 essay she penned for Bustle, Schumer described feeling like “hot garbage” on days when she had her period and suggested that low-self esteem days are “usually connected directly to your menstrual cycle.”

And in a 2020 interview with Glamour, Schumer discussed the way endometriosis manifests in her body. “PMS is very major for me, emotionally and physically,” explained the comedian, who shares a son with Chris Fischer. “I’m in pain a full week and a half before I get it and crazy sensitive. That’s my chemistry. That’s my body.”

In recent years, many celebrities have opened up about their experience with endometriosis — including Lena Dunham, Halsey, Whoopi Goldberg, Dolly Parton, and more. Most recently, on Schumer’s post, iCarly alum Jennette McCurdy revealed that she may be on an endometriosis journey of her own. “I was just told this by my gynecologist,” she commented, noting that she’s “bedridden for 24 hours once a month.”

“Thank you for talking about this,” McCurdy continued, joining the chorus of commenters wishing Schumer well — including Olivia Culpo, who underwent her own endometriosis surgery last November.

“Women are often urged to ‘suck it up’ when it comes to menstrual complaints, which leads to delay in diagnosis,” New York-based gynecologist Dr. Alyssa Dweck told Bustle in 2019. But if you have (or think you might have) endometriosis, or endo, Amy Schumer wants you to know that you’re not alone.

More like this
Travis Barker & Kourney Kardashian’s Updates About His Health Are Promising
By Stephanie Topacio Long
Lily Allen Was “Quite Emosh” After Performing Sober At Glastonbury Festival
By Stephanie Topacio Long
Here’s How Lizzo Is Supporting Abortion Rights After The Roe v. Wade Reversal
By Brad Witter
Anne Hathaway’s ‘The Devil Wears Prada’ Anniversary Post Turned Political
By Brad Witter
Get Even More From Bustle — Sign Up For The Newsletter