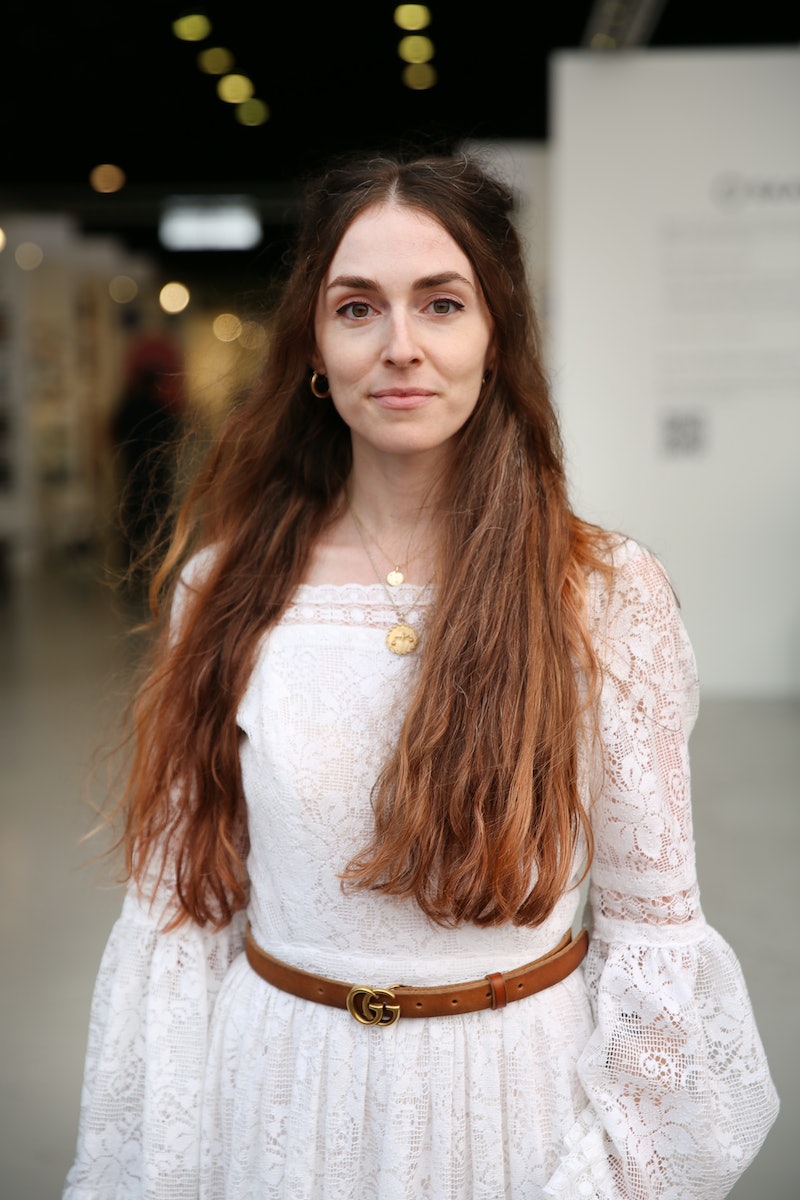 Over the course of 2021, John Mulaney and Anna Marie Tendler’s divorce played out in two separate spheres — one characterized by headlines recapping the comedian’s relationship and new child with Olivia Munn, and one told via low-key, artistic meditations on Tendler’s social media. The multi-hyphenate artist has shared her thoughts and creations on Instagram (and, recently, TikTok, too), documenting the process of moving forward in a year that, for most of us, was already pretty messy.

Usually, Tendler lets her art do the talking. Aside from a statement at the start of her and Mulaney’s separation, she has kept her captions and commentary fairly sparse — but in a New Year’s Eve Instagram post, Tendler opened up at length about the realities of loss, grieving, and healing. She began her message with a general acknowledgement about the last two years, and how “there is no going back” to our old concept of “normal.”

But then, Tendler’s post pivoted to something more personal. “My own brain is well acquainted with the elusiveness of hope that materializes in sporadic and ephemeral waves,” she wrote. “I suppose, in part, this is what it means to live with depression and anxiety. That said, melancholia is oft amplified by circumstance and the circumstances of my year have been harsh and punishing.”

To deal with that grief — whether it’s a separation, like Tendler’s, or something else altogether — the artist offered a list of small but meaningful ways to “move through,” including running, dancing, or maybe throwing dishes “just to see them break.”

Tendler ended her post with a dash of that elusive hope she mentioned earlier. “Here’s to all the things we did this year to cope and here’s to all we will do next year to heal,” she wrote. “An infinite history of pain and suffering occurred before this time, yet here we all are, surviving and creating and laughing at tik tok videos.” (True.)

Speaking of TikTok, Tendler shared an abridged version of her reflections on the video platform. “As it turns out, grief is the ultimate creator!! lol!” she captioned a slideshow of images from the year, set to Fleabag music. Because, well, what could fit better?

Tendler’s Dec. 31 post saw two versions of herself at the dining room table, each holding a candle and having a pretty good time. It’s an apparent nod to her post from May, just after the end of her relationship with Mulaney went public — there, a lone Tendler was depicted eating dinner solo at a table set for two. Based on the New Year’s redux, it looks like Tendler has taken an active role in becoming her own best friend/partner/light of her life. In the words of Lucille Bluth, good for her.