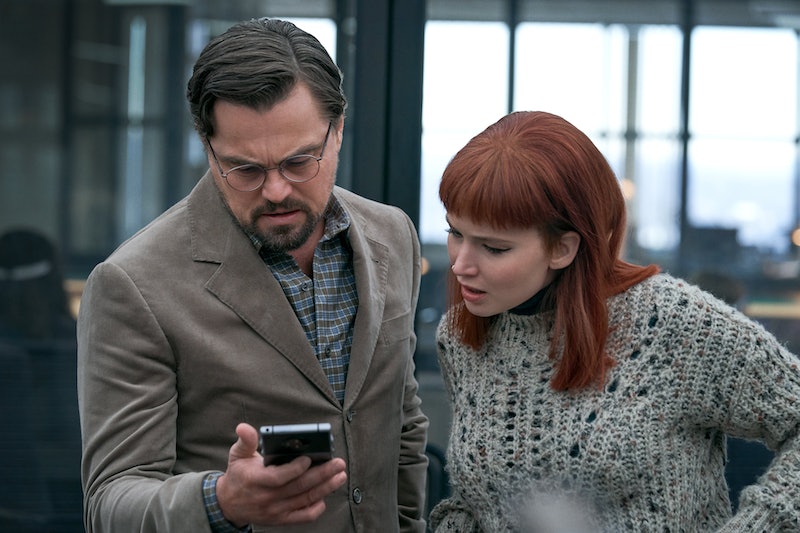 Since its premiere, Netflix’s comedy Don’t Look Up – starring Jennifer Lawrence, Leonardo DiCaprio, Meryl Streep, and Jonah Hill – has made quite the impression. Following two low-level astronomers who identify a world-ending comet and subsequently engage in a giant media tour to warn the world about the impending end, the film is laden with its fair share of dark and hilarious lines. One of the most recognisable wasn’t written by director Adam McKay, though.

Speaking to Insider, the director revealed that it was, in fact, his daughter who re-wrote Ariana Grande’s now famous F-bomb. Grande, who plays pop star sensation Riley Bina, an equally famous and fabulous global superstar who is on tour promoting her new single. About to spill the tea on her breakup live, on national TV, she finds herself in a rather awkward run-in with dorky astronomer Randall Mindy (played by Leonardo DiCaprio) where she tells him: “Why don’t you mind your own business, you old f*ck.”

McKay revealed that he originally written a very different line. “It was ‘mind your own business, you boomer f*ck.’ And my daughter, Pearl, and her friend, Ava, were both like ‘No one says boomer anymore’.”

He asked them what he should use instead. “And they were both like, ‘She would call him an old f*ck,’” he expalins. “So because of their note, I changed the line. I give them the credit.”

The writer and director said Grande was first in line to play the pop star role given her acting experience (Victorious, Scream Queens), telling the publication: “I always knew she had an incredible voice but the more I learned about her I learned she’s got some acting under her belt.”

McKay has been full of fun and shocking anecdotes from behind-the-scenes from Jennifer Lawrence’s injury to Leonardo DiCaprio’s hilarious reaction to Meryl Streep’s naked scene, and it seems it’s not the first time McKay’s daughter has featured in his comedy, also.

Back in 2007, when McKay was still comedy partners with Will Ferrell, a then two-year-old Pearl starred in an internet-famous skit with the Elf actor, where she played foul-mouth landlord, Pearl (to the horror of some parents at the time).

The teen has also had a hand in some serious acting too, and featured in Ferrell’s Anchorman 2 back in 2013 when she was just 10.

And it seems Pearl McKay has set her sights on more acting roles in the future, telling VICE: “I really like acting and I hope I get to do more of it.”