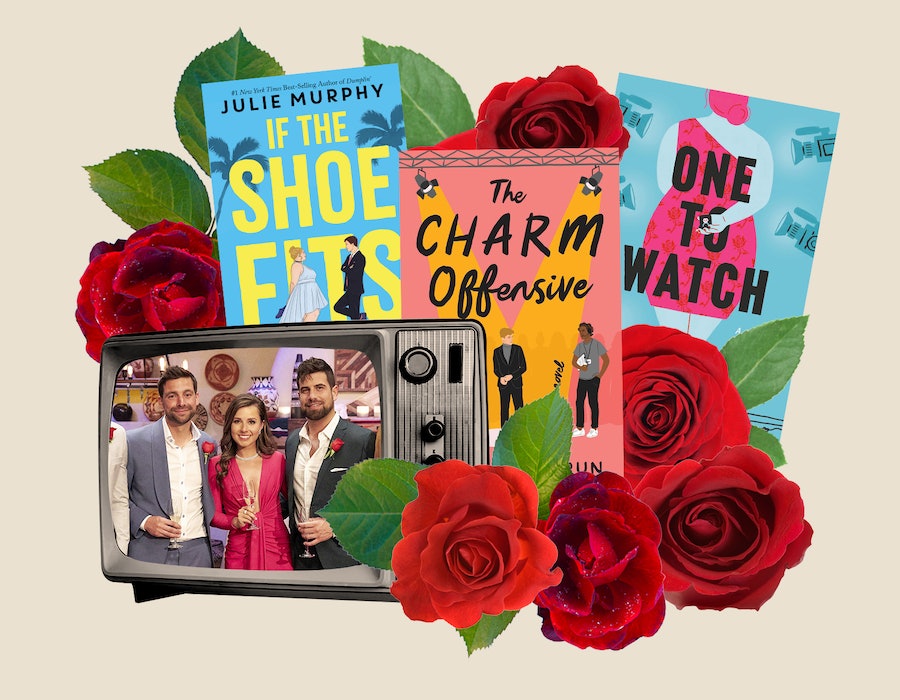 In the summer of 2019, teacher Alison Cochrun was cleaning out her classroom and daydreaming about The Bachelor when a stray thought popped into her head: What if someone like her — a then-closeted queer person who doesn’t meet the franchise’s narrow beauty ideals — was cast on the show? She had her answer immediately: “Of course someone like me could never go on The Bachelor,” she remembers thinking.

Cochrun had good reason to doubt her Bachelor prospects. The show has long been plagued by accusations of racism, sexism, classism, and homophobia — and it’s hard to argue with the statistics. The Bachelorette didn’t have its first Black lead until 2017; The Bachelor’s first Black lead wasn’t cast until 2020. Only a handful of openly queer contestants have appeared in the franchise’s 21 years of existence. Not a single plus-size person has been featured.

Rather than settle for the subpar Bachelor she’d been given, though, Cochrun decided to write a better one. In her upcoming debut novel, The Charm Offensive, a neurodivergent, queer, and demisexual lead on a reality dating show called Ever After falls for his gay Indian-American producer. If former Bachelor host Chris Harrison was in charge of Cochrun’s fictional show, he’d say it was the most dramatic TV season ever.

Cochrun isn’t the only author taking The Bachelor to task. Kate Stayman-London’s best-selling 2020 book One to Watch, about a plus-size fashion blogger-turned-Bachelorette, and Julie Murphy’s new 2021 release If the Shoe Fits, which follows a plus-size contestant, ask the same question: What would it look like if the iconic TV franchise helped everyone find love? Considering how wildly risk-averse book publishing is, the fact that these novels are popping up proves the show has plenty of room for improvement.

The Bachelor was far from the first reality dating show when it premiered in 2000, but it’s become the reality dating show. Even as the franchise’s audience numbers have slipped over time, it still often tops the advertiser-coveted 18-49 viewer age demographic. The main show and its spin-offs — the gender-swapped Bachelorette, and the more rowdy Bachelor in Paradise — reward longtime viewers by bringing back former cast members. There’s also a comfort in the simple formula: For over 20 years, audiences have followed an everyday guy as he meets a bunch of female contestants, takes part in a series of dates, challenges, and helicopter rides, and then chooses a woman to spend the rest of his life with. The Bachelor’s viewers may get older, but no matter the year or the presidential administration, they can always count on someone asking, “Will you accept this rose?”

The show’s homogeneity and predictability make it ripe for subversion. Stayman-London points out that because The Bachelor and its rigid structure are so deeply ingrained in American culture — Saturday Night Live even has a recurring spoof about it — it’s easy to transfer that over to a book without having to provide readers with much franchise context. “It’s light and fun and escapist, but [it’s] also a vehicle to talk about feminism, body positivity, pop culture, and systems of misogyny and the way that we control women's bodies,” she says.

For example, since Stayman-London is from an entertainment background, she was able to think granularly about what the show’s crew would do if they actually wanted to accommodate a fat lead. “I knew I wanted to do an amusement park date [in the novel], so I looked up, ‘Which Los Angeles-area amusement park is most accommodating to fat people?’” she says. “The answer was Disney. They have specially-sized seats [on rides], and they don't make a big deal about it. They're just like, ‘Go to row 23.’ You're made to feel really included.” It’s the sort of thoughtfulness the show’s audience only wishes it could see on TV.

Characters can also be more considerate than their televised counterparts. One to Watch sees its plus-size protagonist have several awkward conversations with contestants, producers, and fans about fatness and fatphobia. In all of them, there’s some form of resolution and closure, or at the very least, a lesson for the reader. “In a book, you get to create the perfect scene and the perfect character, and they're gonna say exactly what I want them to say, and they're not going to surprise you as a writer later on,” Stayman-London explains.

Plus, there’s more space for introspection on the page than in the show’s producer-driven confessionals. In Ever After, Cochrun relished showing readers how leading man Charlie and his producer Dev separately grapple with mental health issues behind the scenes. “On reality dating shows, we see so little of who [contestants] actually are as humans, and their humanity is not allowed to be fully developed and realized,” she says. “Books offer that opportunity in a way that television [can’t] with the same level of depth.”

While these Bachelor-inspired books are thriving, the franchise itself is having an identity crisis. Long-time host Chris Harrison left the show this spring after defending a contestant’s racist past in an interview, leaving questions about who will take the helm long-term. The show’s casting department has gotten increasingly criticized for including contestants who have used anti-Black slurs online, supported right-wing conspiracy theories, and even attended the Capitol insurrection. The program’s not sure which audience it should court, whether that’s its traditional, conservative fanbase or its liberal, feminist one. Some of its own former contestants think it might be time for the franchise to call it quits.

Even if the show makes strides, though, these novels will still best it in one arena: Unlike the scores of Bachelor fiancés who break up mere months after filming, these fictional couples are guaranteed a happily ever after.