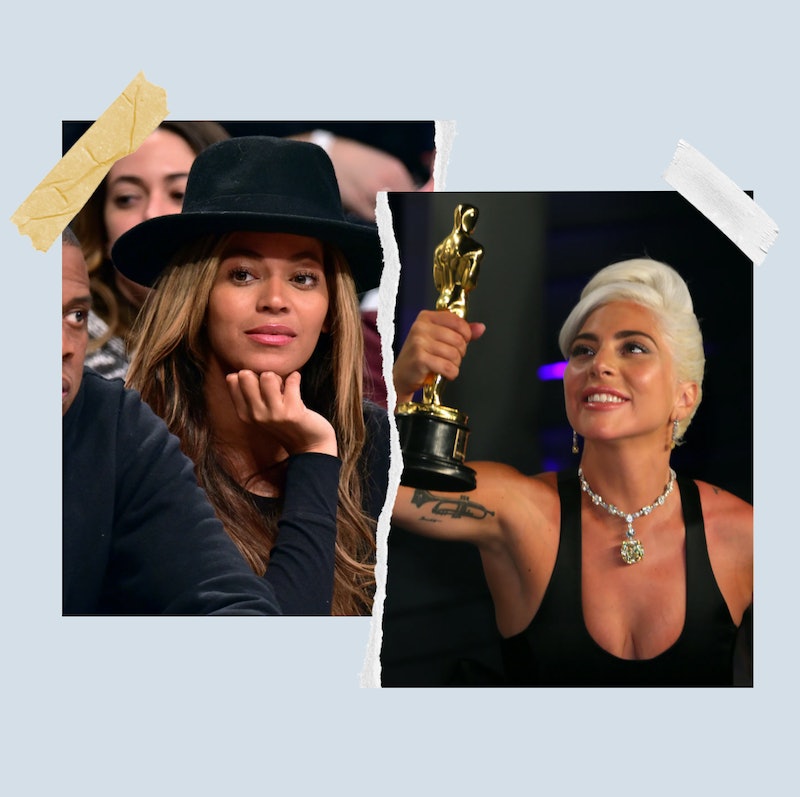 Bradley Cooper and Lady Gaga’s version of A Star Is Born may have been a mainstream success — with the 2018 remake earning an Academy Award win for Best Original Song for their powerful duet “Shallow” and seven other Oscar nominations — but Barbra Streisand apparently “thought it was the wrong idea.” Streisand, who starred in the 1976 adaptation of ASIB, discussed the most recent remake of the classic Hollywood story during an Aug. 15 episode of The Sunday Project talk show, reminding fans that the film could have starred Beyoncé and Will Smith instead of Gaga and Cooper.

“At first, when I heard it was going to be done again, it was supposed to be Will Smith and Beyoncé, and I thought, that’s interesting,” the acclaimed singer said. “Really make it different again, different kind of music, integrated actors, I thought that was a great idea.” Streisand, who memorably appeared in Frank Pierson’s version of A Star Is Born, said she felt obligated to reinvent the story in making the film and was disappointed Gaga and Cooper did little to update the tale. “I was surprised when I saw how alike it was to the version that I did,” she said.

Streisand, who has previously praised Gaga and Cooper’s performances in the film, couldn’t deny the movie was a hit. “Look, it was a big success, I can’t argue with success,” she said. She then seemed to imply that a fresh take might have been more exciting than a box-office winner, adding, “I don’t care about success as much as originality.”

A Star Is Born has been remade several times over the decades, with the original starring Janet Gaynor and Fredric March in 1937, and the first remake starring Judy Garland and James Mason in 1954. Streisand brought the film to a new generation in the ’70s, starring opposite Kris Kristofferson. Cooper and Gaga’s take on the much-adapted story was a box office success in 2018, taking in a total of $436 million in worldwide ticket sales.

The Funny Girl star wasn’t the only one who was disappointed not to see Beyoncé headlining the film. In 2018, A Star Is Born Producer Bill Gerber revealed why a version with Beyoncé — with Clint Eastwood attached as a director — never got made during an interview with The Hollywood Reporter. “There was a moment where that was the best version of the movie and then all of a sudden, Beyoncé got pregnant. Do we wait?” Gerber said. “She always understood if we were going to take a different direction.” He added that the version with Beyoncé would’ve been “something historic” but the change was “just the movie business.”

Many different casting ideas had been floated for a modern update on A Star Is Born prior to Cooper and Gaga signing on, with Leonardo DiCaprio reportedly eyeing a starring role alongside Beyoncé as early as 2011, according to Deadline. Will Smith was circling the film around 2002 as well and had reached out to Jennifer Lopez about joining the project. Lopez confirmed she’d had discussions about A Star Is Born during an interview with Extra in 2018. “Oh yeah, Will and I talked about it and talked about developing the script,” she said. “It just never took off. Projects are like that.”

More like this
There's A Taylor Swift Easter Egg In Ryan Reynolds' 'Deadpool 3' Teaser
By Marina Watts
Everything To Know About Taylor Swift’s 10th Studio Album, 'Midnights'
By Grace Wehniainen and Jake Viswanath
Lizzo Twerks While Playing James Madison's 200-Year-Old Crystal Flute Onstage
By Radhika Menon
Twitter Is Freaking Out Over Rihanna’s 2023 Super Bowl Halftime Show Announcement
By Stephanie Topacio Long
Get Even More From Bustle — Sign Up For The Newsletter