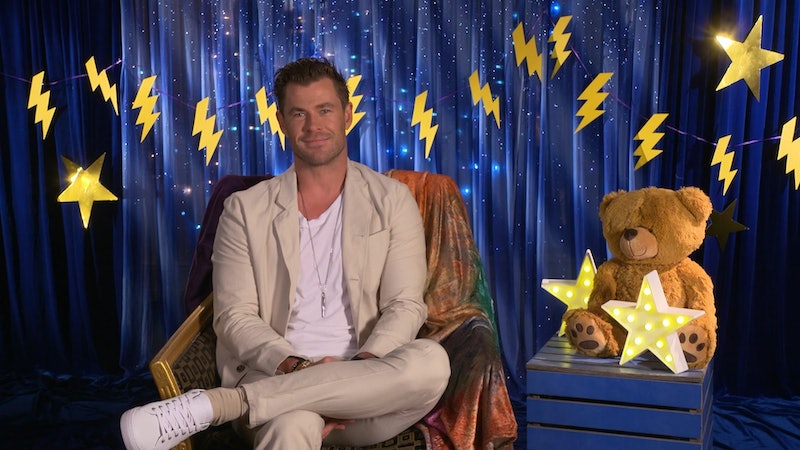 CBeebies Bedtime Stories has welcomed some of the biggest names from the world of showbiz and beyond, with the likes of Harry Styles, Kate Middleton, Tom Hardy, and Bridgerton star Regé-Jean Page lending their celebrity reading skills to the popular children’s show. Now, actor Chris Hemsworth is making his CBeebies Bedtime Stories debut and will tell the story of a little bear who is terrified of rain and thunder.

Airing on Friday, July 8 at 6.50 p.m. on CBeebies and BBC iPlayer, Hemsworth will read out Salina Yoon’s book Stormy Night.

“I love nothing more than reading bedtime stories to my children and it was a joy to get to read Stormy Night, a story about a little bear who is scared of storms,” the Thor star said of his CBeebies gig. He continued, “Even though I know a thing or two about thunder and lightning, I always feel better when the storm passes.”

Hemsworth’s A-list appearance on the hit series was previously teased by CBeebies on social media, with a photo of a silhouetted figure and a caption that read, “You asked. We delivered. Can you guess who?”

As mentioned, Hemsworth joins a long list of CBeebies Bedtime Stories guest stars. Below, you can revisit some of the very best celebrity bedtime stories in the children’s show’s history so far.