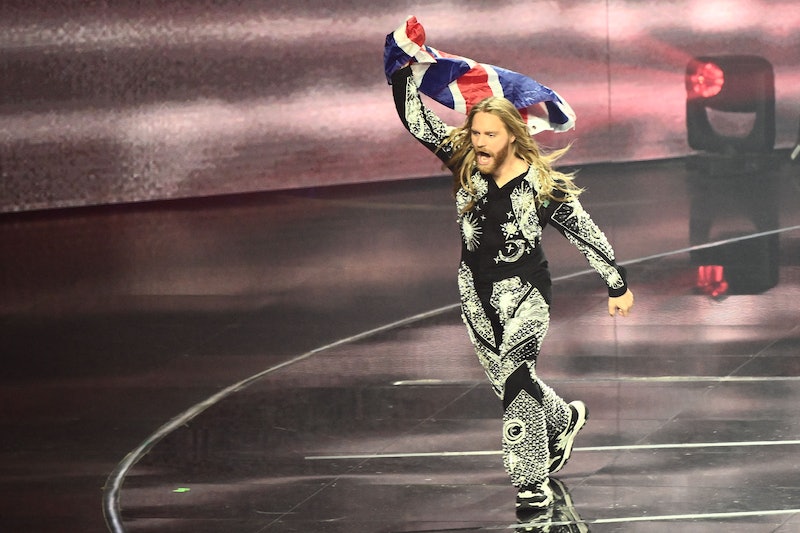 If there’s one familiar feeling that puts the United into the UK, it’s the inevitable crushing blow of near-certain Eurovision failure. Though we used to fare alright – we’ve had five wins since the contest started in 1956, and a smattering of silver medals – everything seemed to go swiftly downhill by the late ‘90s. Last year, we achieved the incredibly tragic feat of scoring nul points across the entire competition. Usually it’s convenient to blame Brexit/Boris Johnson/everybody in Europe hating us – but in all honesty, it’s often because we send along entries that are about as exciting as conducting a tax audit (note: this comment is not aimed at 2007’s entry, from Scooch).

And so you can imagine the sheer euphoria of the United Kingdom actually doing well, for the first time since 1997. Led by the constantly beaming Sam Ryder, resplendent in his shiny jumpsuit and on point falsetto, “Space Man” was legitimately one of the best entries in the contest. Even France gave us “douze points!” through only slightly gritted teeth.

Though Ukraine eventually took home the crown, bolstered by the solidarity shown in the public vote, it was still a memorable rollercoaster of a night, featuring grown men dressed as puppies, a low-budget Haim tribute act, and Serbia’s Konstrakta washing her hands live on Turin’s Eurovision stage. And unsurprisingly, the internet was left reeling…

Firstly, Where Was Latvia?

First off, let’s pour one out for our missing heroes: Latvia. Despite entering with a sex-positive banger – sample lyric: “Instead of meat, I eat veggies and pussy” – Citi Zēni failed to qualify in the semi-finals after both the jury and public failed to back it. What a bunch of prudes!

There Was A Lot Of Love For Mika

And Iceland, For Packing A Trans Flag

Not even a twisted ankle could hold the Italian band back.

All Dressed Up With Nowhere To Go…

Well on its way to becoming a meme, Romania’s Eda Marcus was understandably gobsmacked when her vote result broadcast was pulled seconds ahead of schedule. Though presenters alluded to technical difficulties, it later emerged that a handful of countries had their scores altered by organisers after the European Broadcasting Union suspected voting irregularities.

Georgia met a similar fate, with the country’s representative claiming that their 12 points were originally supposed to go to Ukraine. Instead, Eurovision’s executive supervisor Martin Österdahl gave Georgia’s top marks to Moldova.

The UK… Actually Did Really Well?!

And former UK Eurovision winner Katrina Leskanich, of Katrina and The Waves was impressed.

In the end we bagged second place (!!!) with Sam Ryder jetting back to celebrate wearing a pink Kalush bucket hat in honour of Eurovision’s worthy winners. After leading the Jury vote, Ryder’s entry ‘Space Man’ was ultimately beaten by Ukraine’s ‘Stefania in the public vote.

The Ukrainian president also highlighted Kalush Orchestra’s incredible victory, as the group’s frontman Oleg Psiuk headed off to join the re-join frontlines of the ongoing war with Russia.

“I'm going back home as I run a volunteering organisation that helps refugees with food, accommodation, and medication,” Psiuk said at the closing press conference. “I will keep doing that. We will host Eurovision in a newly rebuilt and happy Ukraine.”