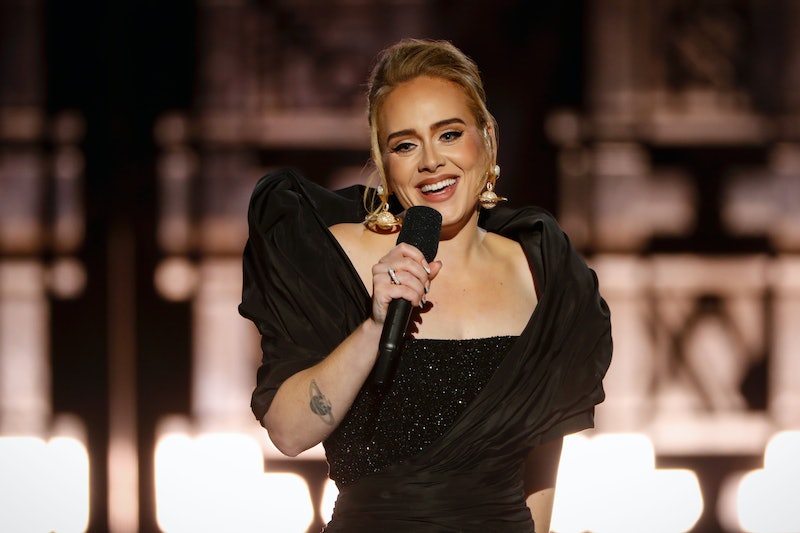 From Red (Taylor’s Version) to Adele’s highly anticipated 30, ’tis the season for emotional ballads from your favorite singer-songwriters. Fans of the “Easy on Me” singer got a special, early treat ahead of 30’s Nov. 19 release: a televised concert featuring new music and an interview between Oprah and Adele that tackled her divorce, weight loss, and motherhood. There was even time for a surprise proposal. On Twitter, Adele described the One Night Only performance location, Griffith Observatory, as “the most beautiful venue [she’d] ever played.”

“I’ve seen it twice and cried my eyes out both times,” she wrote just before the TV special aired. “Having been on such a rollercoaster the last few years and then the pandemic, it was hard to imagine being on stage singing again ever. So the fact that I got to and also got to sing my new songs, has me feeling a million things at once!” Adele also noted that it was the first time her son, Angelo, had ever seen her perform — which, aww.

From its announcement, the rollout of 30 has been celebrated (and meme-ified) on social media — remember, Adele’s first-ever Instagram live brought us the endlessly quotable “divorce, babe, divorce.” So it was only fitting that fans honor the artist’s big interview and concert with hilarious, heartfelt, real-time reactions. Here are the best memes and tweets from Adele: One Night Only.

Adele’s set list included a mix of old favorites like “Hello,” as well as a glimpse at her new material from 30 — and, of course, Twitter loved it.

Many viewers had fun pointing out the familiar faces in the audience: Lizzo, Drake, Seth Rogen, Melissa McCarthy, Selena Gomez, Jesse Tyler Ferguson, and more. Twitter user ThatsSoNiah even solved a viral mystery, realizing Adele’s concert is where Lizzo and Sarah Paulson joined together for their iconic “The killer is escaping!” TikTok.

The Interview With Oprah

More like this
Twitter Is In Awe Of Taylor Swift’s “Lavender Haze” Music Video
By Jake Viswanath
Twitter Is Saying The Same Thing About Beyoncé's Renaissance World Tour
By Shahed Ezaydi
Will Beyoncé Perform At Or Attend The 2023 Grammys?
By Jake Viswanath
Taylor Swift May Miss The 2023 Grammys For Reasons Fans Know “All Too Well”
By Jake Viswanath
Get Even More From Bustle — Sign Up For The Newsletter
From hair trends to relationship advice, our daily newsletter has everything you need to sound like a person who’s on TikTok, even if you aren’t.