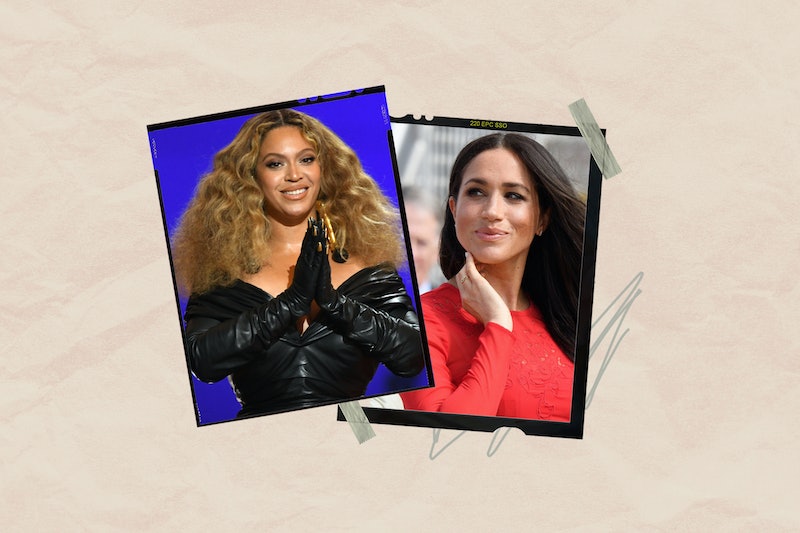 In the second instalment of Harry & Meghan, the Duke and Duchess of Sussex’s revealing Netflix documentary, the couple discuss the events that led them to leave the royal family and way in which it happened. The highly anticipated episodes explore how Meghan was told she was a “foreign organism” in the royal establishment, and how she was ultimately “fed to the wolves”. In the penultimate episode of the six-part series, there is a surprising and moving moment, when Meghan reveals Beyoncé got in touch following the 2021 Oprah interview to express her admiration and support.

During the widely-watched interview, the couple spoke of their experience, with Meghan opening up about the serious mental health struggles she had been dealing with behind closed doors. In the Netflix documentary, footage of Harry and Meghan the day after it airs, and specifically when they read the palace’s statement for the first time, is shown. At the end of the clip, Harry reacts to a private text from his brother, Prince William, which he does not read to camera. But Prince William wasn’t the only person to contact Meghan and Harry.

“Beyoncé just texted,” Meghan tells Harry, who reacts with a theatrical, comedy gasp. “Shut up!” he replies. “Just checking in,” Meghan elaborates. “Just checking in, just casual,” Harry jokes. “I still can’t believe she knows who I am,” she adds, before revealing the contents of the singer’s heartfelt message.

“She said she wants me to feel safe and protected. She admires and respects my bravery and vulnerability and thinks I was selected to break generational curses that need to be healed,” Meghan says, paraphrasing the contents of the text. “That’s well said,” Harry agrees.

Bey and Meghan are thought to have met for the first time in 2019, sharing a hug at The Lion King premiere in London. Their introduction came after Beyonce and her husband Jay-Z pointedly accepted a BRIT award in front of a Mona Lisa-style portrait of Meghan. “In honor of Black History Month, we bow down to one of our Melanated Monas. Congrats on your pregnancy! We wish you so much joy,” Beyoncé later wrote in an Instagram post, explaining the tribute.

While the first three episodes of the candid documentary primarily focused on Meghan and Harry’s early relationship, as well as the protective instinct Prince Harry feels after seeing his late mother Princess Diana getting constantly hounded by the press growing up, the second batch digs more into the royal family’s “relationship” with the media in more detail, and alleges that different households within the family would plant stories about each other.

More like this
Meghan & Harry Respond To Jeremy Clarkson’s "Apology" Over *That* Column
By Sophie McEvoy
Helena Bonham Carter Doesn't Think 'The Crown' “Should Carry On"
By Sam Ramsden
The Spice Girls Are Set To Reunite At King Charles III’s Coronation
By Sam Ramsden
Everything To Know About The 'Daisy Jones & The Six' TV Series
By Maxine Harrison and Brad Witter
Get The Very Best Of Bustle/UK
Sign up for Bustle UK's twice-weekly newsletter, featuring the latest must-watch TV, moving personal stories, and expert advice on the hottest viral buys.