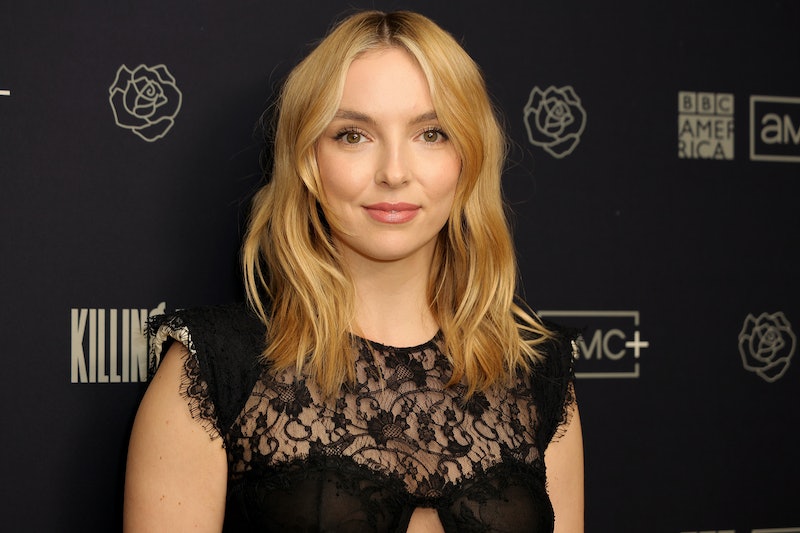 Jodie Comer has remained one of the UK’s most favourite actors, starring in everything from Waterloo Road to Doctor Foster. The 29-year-old Liverpudlian got her big break after being cast as Villanelle, the ruthless and psychopathic assassin obsessed with Eve Polastri (Sandra Oh) in Killing Eve. Now, as fans prepare for the fourth and final season to come to an end, questions are being raised as to what’s next for Comer. Luckily, the actor won’t be leaving the small screen behind just yet as she’s due to star in a brand new HBO series, Big Swiss. Here’s everything we know about Comer’s role and Big Swiss so far.

Comer will lead the cast of Big Swiss as a young woman called Flavia, a.k.a. Big Swiss, who mysteriously starts a new life anonymously transcribing sex therapy sessions in New York. Things take a weird turn as she later becomes obsessed with one of the patients and begins an explosive relationship with them.

Based on Jen Beagin’s book of the same name, which is due for release later this year, Big Swiss has been described by publisher Curtis Brown as “whipcrack smart and completely unexpected at nearly every turn” and “laugh out loud hilarious with a dark edge”.

Beagin’s previous works include Pretend I’m Dead, a book about a young house cleaner Mona, who travels to New Mexico to escape her demons, and its sequel, Vacuum in the Dark.

As well as starring as the show’s lead character, Comer has also been noted as the show’s executive producer alongside Beagin, while production company A24 (Midsommer, Moonlight, Uncut Gems, Euphoria) will be distributing the series, alongside Adam McKay’s Hyperobject Industries.

However, no further details have been released as to who will star in the show alongside Comer.

The show will be released on U.S. streaming platform HBO. However, no further details have been announced on its release date or its arrival in the UK. We will update this page when more information comes to light, so stay tuned.