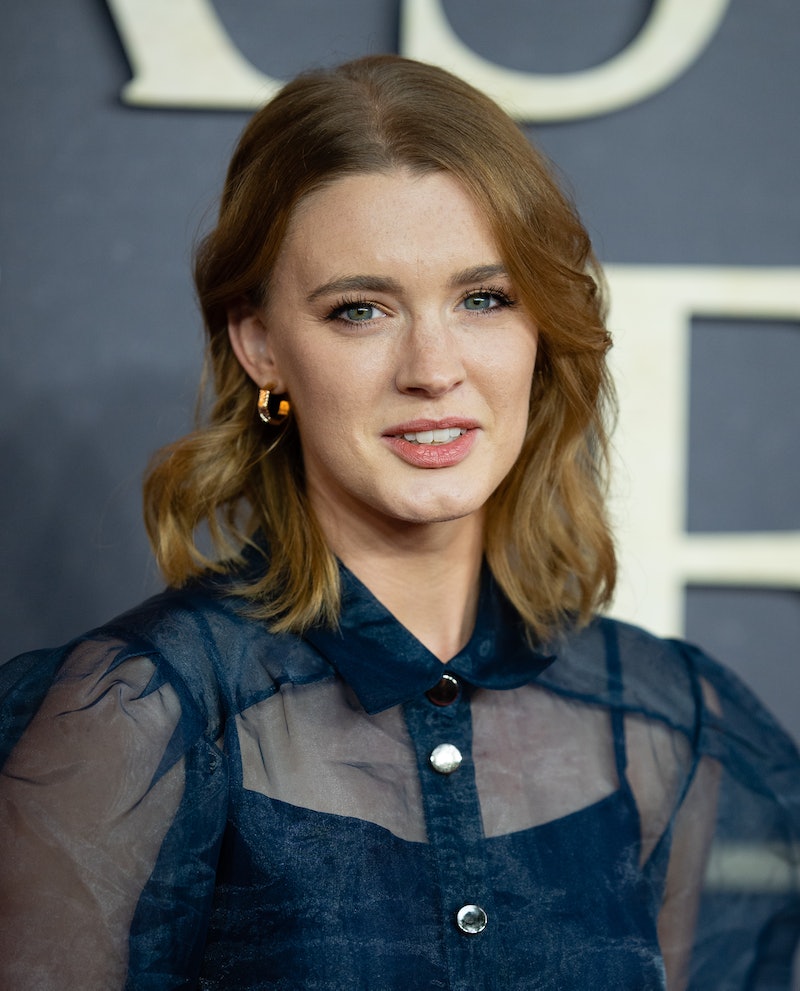 Well, it’s official. Season 1 of Blood, Sex, & Royalty has finally dropped on Netflix and is available to stream to your heart’s content. The new period series is a docudrama with a twist, following the love story of two famous figures from history: King Henry VIII and his second wife, Anne Boleyn. It’s a dramatic and steamy combination of Bridgerton and The Crown. And with a new series, often comes new names and faces. One such new name is Amy James-Kelly, who plays the lead role of Anne Boleyn, but what do we know about the actor’s life away from the screen?

Prior to taking on the role of Anne in Blood, Sex, & Royalty, the 27-year-old appeared on Coronation Street as Maddie Heath from 2013 to 2015, which was her first role in her acting career. James-Kelly trained at The Manchester School of Acting and since her foray into Corrie, the actor has gone on to work on major projects such as The Bay, Safe, Three Families, and Military Wives.

In an interview with From The Top — a “practical acting course for film and TV” that James-Kelly co-founded with Route Nine Studios — the actor shared that she always knew she wanted to get into the world of acting since around the age of 9, but before that, she thought she wanted to be a nurse. She also shared that her favourite project she’s worked on so far has been the upcoming Channel 4 apocalyptic comedy Everyone Else Burns, with her most challenging role being playing Hannah in Three Families.

You can find the British actor on Instagram under the handle @amyjames_kelly, where she holds an impressive following of 14,500 and counting. Evidently someone who chooses to see the humorous side to life, James-Kelly often shares funny quotes and posts on her Instagram. Case in point: she recently shared a video where she films her reaction to what seems like a zebra in an office, whilst she blinks in disbelief with a hint of confusion. The caption? “No context night night have a good weekend ly bye.”

James-Kelly is also no stranger to sharing posts about social injustice and speaking up about women’s health. She’s been pretty open about her diagnosis of endometriosis, sharing her journey with the medical condition for Endometriosis Awareness Month in March 2021.

The actor’s relationship status hasn’t been publicly confirmed, but there is a consistent face that crops up on her social media regularly in holiday snaps and a summer wedding post captioned, “a unit manager and an actor walk into a wedding... Edit: not our wedding, there have been questions.” And so, James-Kelly may indeed be in a relationship, however, that remains pure speculation at this point.

Bustle has reached out to Amy James-Kelly’s representatives for comment.

More like this
Turns Out George Clooney Is A Huge Fan Of This Classic British Game Show
By El Hunt
Everything To Know About The 'Daisy Jones & The Six' TV Series
By Maxine Harrison and Brad Witter
Michaela Coel Has Some *Thoughts* About The Nepo Baby Discourse
By Maxine Harrison
Twitter Is Burning As Phoebe Dynevor Reveals Daphne’s 'Bridgerton' Exit
By Sophie McEvoy
Get The Very Best Of Bustle/UK
Sign up for Bustle UK's twice-weekly newsletter, featuring the latest must-watch TV, moving personal stories, and expert advice on the hottest viral buys.