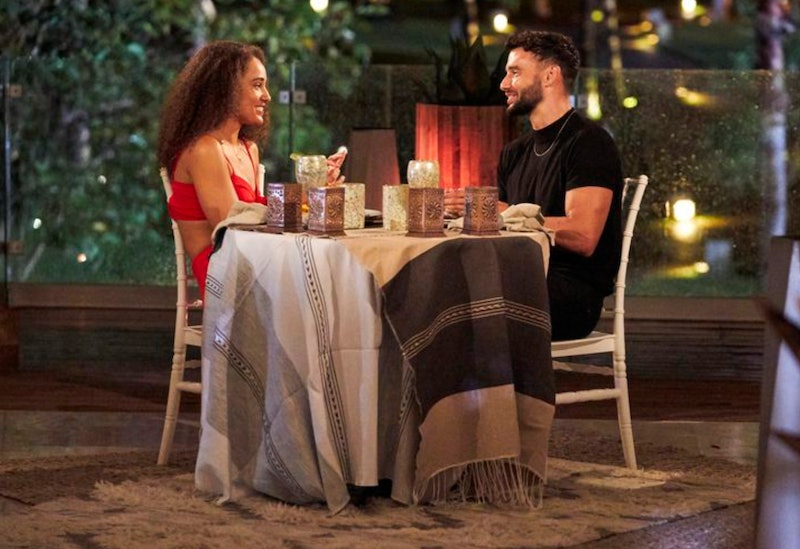 Bachelor Nation alums have a lot to say about Pieper James and Brendan Morais’ relationship on Bachelor in Paradise.

After Pieper arrived in the Sept. 6 episode, she immediately coupled up with Brendan, confirming rampant speculation that they were already dating prior to the show and causing widespread chaos among the rest of the cast. As the two cozied up to talk about their Instagram followers, their costars looked on, questioning why they even came on the show if they were already in a relationship.

Alums from the franchise not on the show felt the same watching from home. “Brendan and Pieper are the masterminds of a very poorly planned crime,” tweeted former Bachelor Nick Viall.

BiP alum Diggy Moreland, who competed on Rachel Lindsay’s season of The Bachelorette, shared a series of angry tweets. “Brendan told a woman she has selective hearing. I HOPE HE GOT LIFE INSURANCE,” he wrote in one post. In another, he said “I’m about to go follow both of them so I can unfollow just to say I did it.” Still not over it the following morning, he added, “Good Morning to everyone except Brendan, Pieper, and anyone who drinking PSLs already.”

Tre Cooper, who left Paradise just last week, posted his regrets about not pursuing Natasha, who Brendan used as a placeholder until Pieper showed up. “Definitely have a few ‘what if...’s after watching this episode,” he tweeted alongside the hashtag #prospect, seemingly referring to Brendan’s comment that Natasha had no other prospects beyond him anyway.

Others didn’t mince words about Brendan’s behavior. “F***boy book chapter 7: tell her she has selective hearing when you get caught up,” wrote Clay Harbor. “Brendan got cast on Fboy Island and accidentally showed up to the wrong beach,” shared fellow BiP castmate Demi Burnett, who added that she was now “glad” her own one-on-one date with Brendan went so horribly.

Meanwhile, Paradise alum Blake Horstmann — who’s faced his own share of scandal about pre-show relationships — did a live recap of the episode on Instagram stories and got more and more upset as the episode pressed on. “I just don’t know why they came down. They want the followers they wanna get the engagement,” he said. “Im tying not to be angry,” he later added. “[But] they really did plan this whole thing.”

Elsewhere on Instagram, former Bachelorette Rachel Lindsay posted a “TEAM NATASHA” photo of Natasha on her stories followed by a photo of her podcast episode saying, “Both Copper and I tried to y’all about [Brendan] last year.”

As to whether Brendan and Pieper will end up leaving due to backlash from the rest of the cast, it’s looking more and more likely.