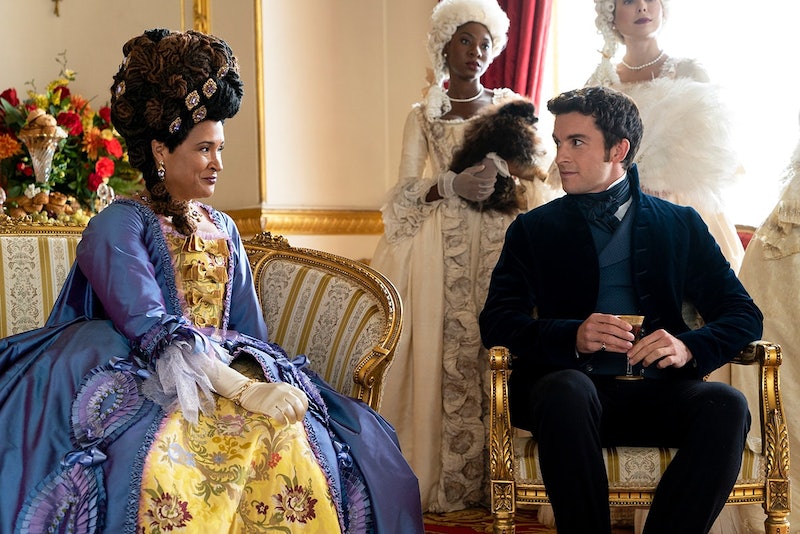 If you have already consumed all of the Bridgerton episodes, along with the Julia Quinn books, and are still hankering for more action, then here’s something to add to your wish list. According to Variety, Shonda Rhimes, the executive producer of the hit Netflix show, and Julia Quinn, the author of the novels upon which the series is based on, are going to co-write a prequel novel set within the lavish Bridgerton universe.

The yet-untitled book will essentially be an adaptation of the upcoming Bridgerton spin-off series. As confirmed by Netflix, this prequel will delve into a young Queen Charlotte’s origins and her love story with King George. The show’s writers had chose to add a dramatised version of the real-life Queen Charlotte to the TV series. Played by Golda Rosheuvel, the character quickly became a fan favourite. However, the original novels do not contain this character.

When announcing the spinoff series in 2021, Netflix’s head of global TV, Bela Bajaria, told Variety, “Many viewers had never known the story of Queen Charlotte before Bridgerton brought her into the world, and I’m thrilled this new series will further expand her story.”

The writers may well draw more inspiration from history in this work. Queen Charlotte was a real figure who ruled during the Regency era from 1761 to 1818, and was married to George III, with whom she had 15 children. Most intriguing of all, she may have been Britain’s first Black monarch — a point still debated over by historians and researchers.

In a new statement, Rhimes said: “Queen Charlotte has been such a moving character to write, and now having the opportunity to work with Julia to adapt this story into a book is such an exciting opportunity. I can’t wait for fans of this universe to read the story of a character that has resonated so deeply with our audience.”

The publication of the book will be timed to match the release of the Netflix series, though a date has yet to be confirmed for either project.

More like this
Everything To Know About The 'Daisy Jones & The Six' TV Series
By Maxine Harrison and Brad Witter
The Song At The End Of 'The Last Of Us' Ep 1 Has A Deeper Meaning
By Sophie McEvoy
Rupert Grint Just Shared A *Major* Update About Ron Weasley’s Future
By El Hunt
'The Last Of Us' Has Officially Been Renewed For Season 2
By Darshita Goyal
Get The Very Best Of Bustle/UK
Sign up for Bustle UK's twice-weekly newsletter, featuring the latest must-watch TV, moving personal stories, and expert advice on the hottest viral buys.