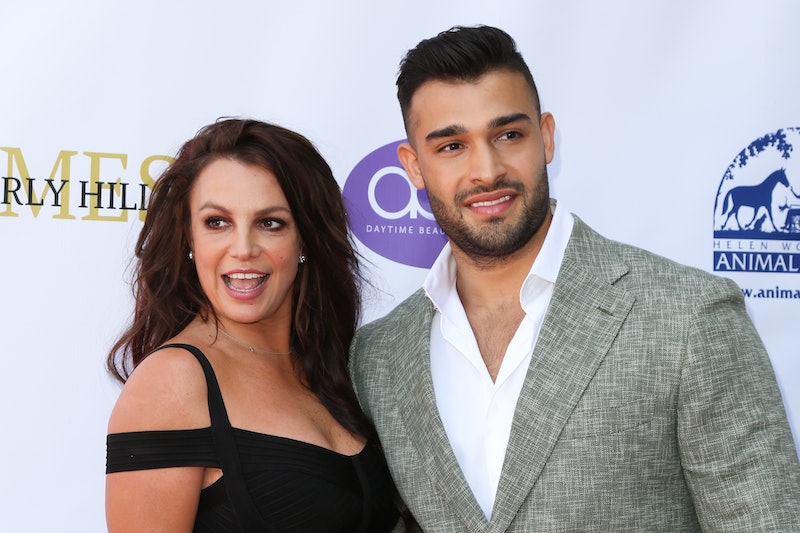 Just over a month after her April 11 pregnancy announcement, Britney Spears had to share a sad update. She and fiancé Sam Asghari revealed the loss of their “miracle baby” on Saturday, May 11, posting a joint statement on their Instagram accounts to shed light on the situation. Describing it as a “devastating time,” the couple also expressed hope for a future miracle.

“It is with our deepest sadness we have to announce that we have lost our miracle baby early in the pregnancy,” they wrote in the statement. “This is a devastating time for any parent. Perhaps we should have waited to announce until we were further along however we were overly excited to share the good news. Our love for each other is our strength. We will continue trying to expand our beautiful family. We are grateful for all of your support. We kindly ask for privacy during this difficult moment.”

Separately, Asghari reiterated his hope that they’ll be able to expand their family in the near future. “We will have a miracle soon,” Asghari commented on Spears’ post. He was joined by numerous others who wished the pair well and sent them love in their difficult time.

Their caption highlighted their gratitude even amid sorrow. “We are grateful for what we have in the process of expanding our beautiful family,” they wrote. “Thank you for your support.”

Spears and Asghari have been through a lot together, including the pop icon’s years-long conservatorship battle. During that time, Spears was not able to many make major decisions about her life, including whether or not to have more children. Fans were shocked when she finally spoke out against the legal arrangement in court testimony in June and likened her father, Jamie Spears, who was then one of her conservators, to a sex trafficker. She testified that she had an IUD she was not allowed to get removed, despite wanting more kids. (Jamie stepped down as her conservator in August but maintained that there were “no actual grounds” for his removal.)

After Jamie stepped down, Spears and Asghari started to move forward with their relationship. He’d already been open about wanting marriage and kids with the singer, and they got engaged in September. A judge officially lifted Spears’ conservatorship on Nov. 12. Their subsequent pregnancy was another much-awaited milestone, which Asghari described in an Instagram post as “a natural part of a strong relationship filled with love and respect.”

Amid their loss, that love and respect will continue to serve them — and it’s coming in from all sides, too.

More like this
Phoebe Bridgers Shares Her Abortion Story Amid The Leaked Roe v. Wade Decision
By Jake Viswanath
Britney Spears Set A Wedding Date With Fiancé Sam Asghari & Previewed Her Dress
By Bustle Editors
Cardi B Explains To David Letterman Why She Uses Her Star Power For Politics
By Jake Viswanath
The Very Best Quotes From Dr. Taylor Swift’s NYU Graduation Speech
By Grace Wehniainen
Get Even More From Bustle — Sign Up For The Newsletter