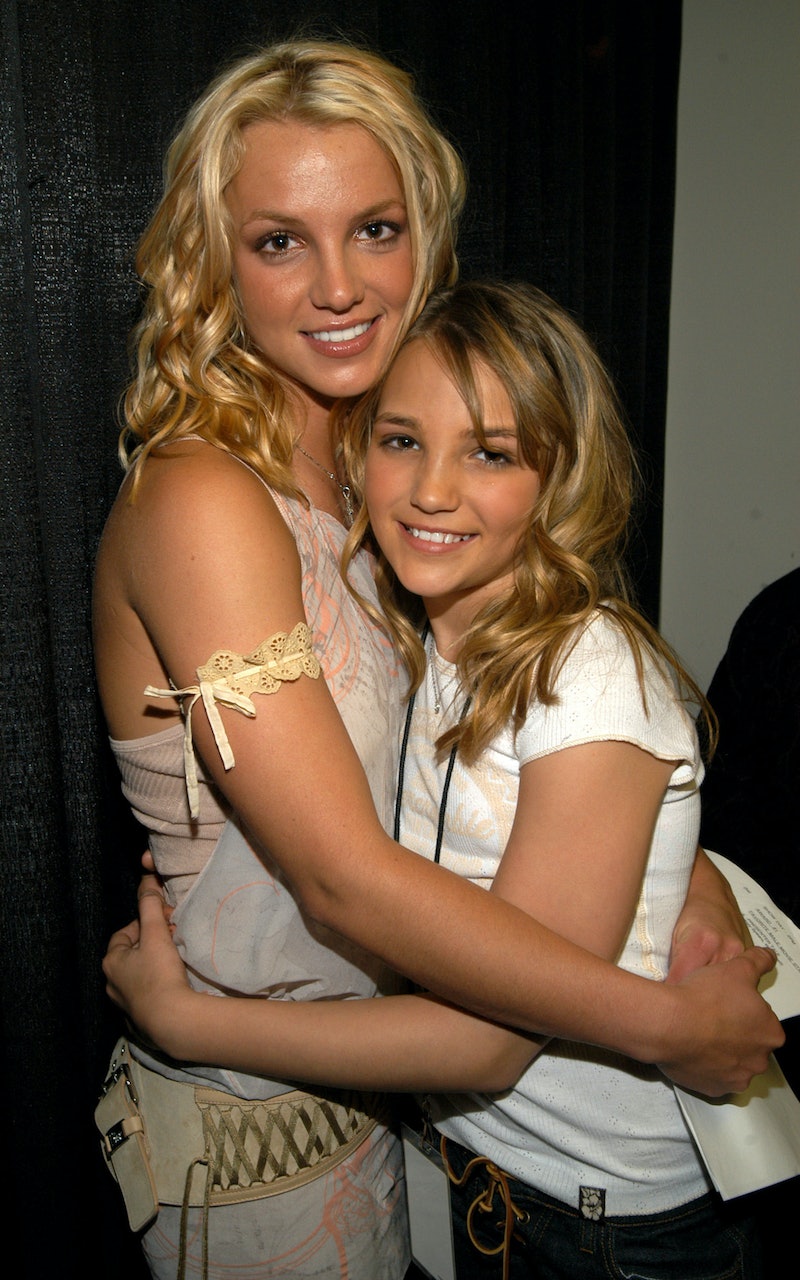 Britney Spears will no longer let anyone speak for her — especially her family. On Jan. 19, Britney responded to her sister Jamie Lynn’s account of her famous split from Justin Timberlake in 2003 in a lengthy note posted to Instagram. Days prior, Jamie Lynn gave an in-depth interview on the Call Her Daddy podcast about Britney and her new memoir Things I Should Have Said, in which she wrote about the impact that her split from Timberlake left on her, among other things related to her sister. “I was completely heartbroken when it was over and believed that it was a devastating loss in Britney’s life as well,” she wrote in the book.

Britney first reacted to Jamie Lynn’s words in a Jan. 18 Instagram post, saying that she remembered returning home after breaking up with Timberlake only to find her sister drinking watching TV, chocolate milkshakes, and lounging by the pool — not saddened by the split. “I had worked my whole life and I didn't know how to be served by Mamma,” she wrote. “I was shocked because this was never my life !!! Justin’s family was all I knew for many years.”

The singer went on to explain that she was “scared” of a People magazine shoot that was scheduled after her split from Timberlake, in part because their mother Lynne Spears was reportedly on pain medication “and could barely hold a conversation” after splitting from their father Jamie in 2002. “I'm sorry Jamie Lynn, I wasn't strong enough to do what should have been done,” she wrote, “slapped you and Mamma right across your f****** faces !!!!!”

The next day, Britney re-shared the Instagram post and added to her initial letter, questioning why Jamie Lynn said it was “weird” that she bought their mother Lynne a home and asking why she kept talking about an alleged knife incident that Britney has repeatedly denied ever happening. “Why is that conversation 20 min ??? and the most degrading to me,” she wrote. “You don’t want to keep talking about it because you don’t want to hurt anybody’s feelings ... yet you let it linger forever saying you felt unsafe with me and WEIRD.”

Britney went on to recall how Jamie Lynn also treated their mother once she went home after her break-up, saying she was “shocked” by how her sister would talk back. “You were f*cking hateful to her,” she wrote. “Poor Mamma took it too just like l did in the end... She worshipped you too much I know but if you came out of my stomach I would have popped the sh*t out of your little ass.” She also reiterated how Jamie Lynn wasn’t sad after the break-up, claiming that she and her friends dyed their hair dark to match Christina Aguilera’s Stripped-era hair just to get to Britney. “You can paint it however you like but dear child ... YOU shut me out when I needed you the most !!!” she said. “Writing in your book saying I wasn’t your mom anymore ... No, you hurt me.”

Jamie Lynn has yet to respond to her sister’s newest post, but Britney has taken action to stop Jamie Lynn from talking about her. On Jan. 19, Britney’s lawyer Mathew S. Rosengart sent Jamie Lynn a cease-and-desist letter demanding that she stop spreading derogatory stories about her sister while promoting the book. “Although Britney has not read and does not intend to read your book, she and millions of her fans were shocked to see how you have exploited her for monetary gain,” the letter stated. “She will not tolerate it, nor should she.”

More like this
Britney Spears Shares & Deletes Photos Of Justin Timberlake From 22 Years Ago
By Jake Viswanath
20 Years Ago, J.Lo Was Supposed To Kiss Madonna With Britney At The VMAs
By Jake Viswanath
5 Wild Theories About Miley Cyrus’ “Flowers” Music Video
By Jake Viswanath
The Ticketmaster Senate Hearing & Taylor Swift Tickets Debacle, Explained
By Jake Viswanath
Get Even More From Bustle — Sign Up For The Newsletter
From hair trends to relationship advice, our daily newsletter has everything you need to sound like a person who’s on TikTok, even if you aren’t.