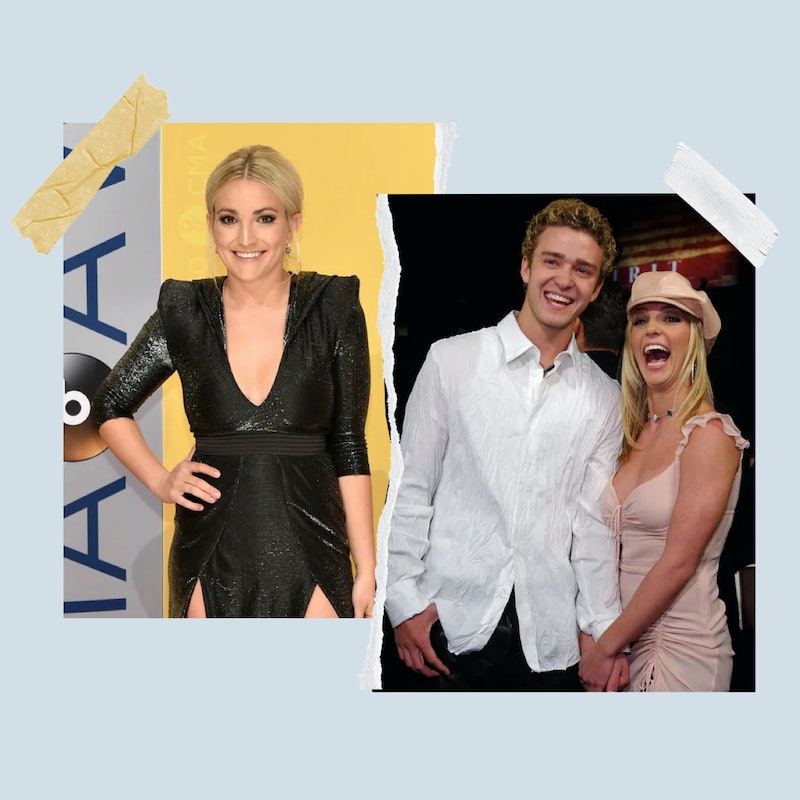 Britney Spears isn’t the only famous name mentioned in her sister Jamie Lynn’s new memoir, Things I Should Have Said. The Zoey 101 star wrote about her sister’s relationship with Justin Timberlake, revealing that she “adored” him and was “heartbroken” about their breakup, ET reported. Britney dated the ’N Sync alum from 1999 to 2002, when Jamie Lynn was just a preteen, and it ended up being a formative relationship in her life. “He wasn’t just my sister’s boyfriend,” she wrote. “Justin was my first example of a kind and generous young man.”

In her book, Jamie Lynn recalled swimming and having cookouts with Timberlake’s family and going on random car rides with him and Britney. They made her feel “a part of their relationship,” she wrote. “Justin treated me like a little sister and doted on me any chance he got. I was never a burden to either of them. I appreciated Britney’s willingness to make me the third wheel in her relationship, and I am eternally grateful for the memories they gave me.”

READ NEXT: One Word To Describe Britney’s Net Worth: “Outrageous”

Due to her parents’ tumultuous relationship and subsequent divorce, Jamie Lynn said Britney and Timberlake’s love was an example of a healthier romance than she’d ever had. “The constancy of their relationship provided the best example of a loving couple I had ever seen,” she wrote. “I was completely heartbroken when it was over and believed that it was a devastating loss in Britney’s life as well.” Britney confirmed as much in December, revealing she didn’t speak to anyone “for a very long time” after her split from Timberlake. “Something I never shared when I had that break up years ago was that I couldn’t talk afterward,” she wrote in a since-deleted Instagram post.

Jamie Lynn expanded on the impact of their breakup on the Jan. 18 episode of the Call Her Daddy podcast. “I was so sad,” she admitted. “I think everybody thought it was forever. But I was so sad, first off, because my sister was so sad, but that also was the first time I saw that maybe I didn’t know everything about the relationship, you know? Because perhaps they were protecting me, and obviously, why would they talk to me about anything? It was really sad, though, seeing my sister be so heartbroken and also being like, ‘It’s hard because I want y’all to be together.’”

Two decades later, Jamie Lynn still couldn’t tell you the reason for their split, but she thinks both their immeasurable fame and some petty drama got in the way. “I truly do not know,” she said. “I think it was like, imagine you’re in high school except you’ve got all the money and fame in the world, OK? Could you imagine if you talked to another girl, texted another girl, could you imagine if you were criminalized for that whole thing? Like, how dare you? No, first off, I’m young so every other kid my age is doing [that]. Why in the world am I being held to a different standard?”

More like this
Meghan Trainor & Daryl Sabara Are Expecting Their Second Baby
By Jake Viswanath
Britney Spears Shared The Real Reason She Shut Down Her Instagram Account
By Brad Witter
Adam Levine & Behati Prinsloo Welcome Their Third Child Together
By Jake Viswanath
Hilary Duff's Husband Matthew Koma Has Her Name Tattooed On His Butt
By Jake Viswanath and Stephanie Downs
Get Even More From Bustle — Sign Up For The Newsletter
From hair trends to relationship advice, our daily newsletter has everything you need to sound like a person who’s on TikTok, even if you aren’t.