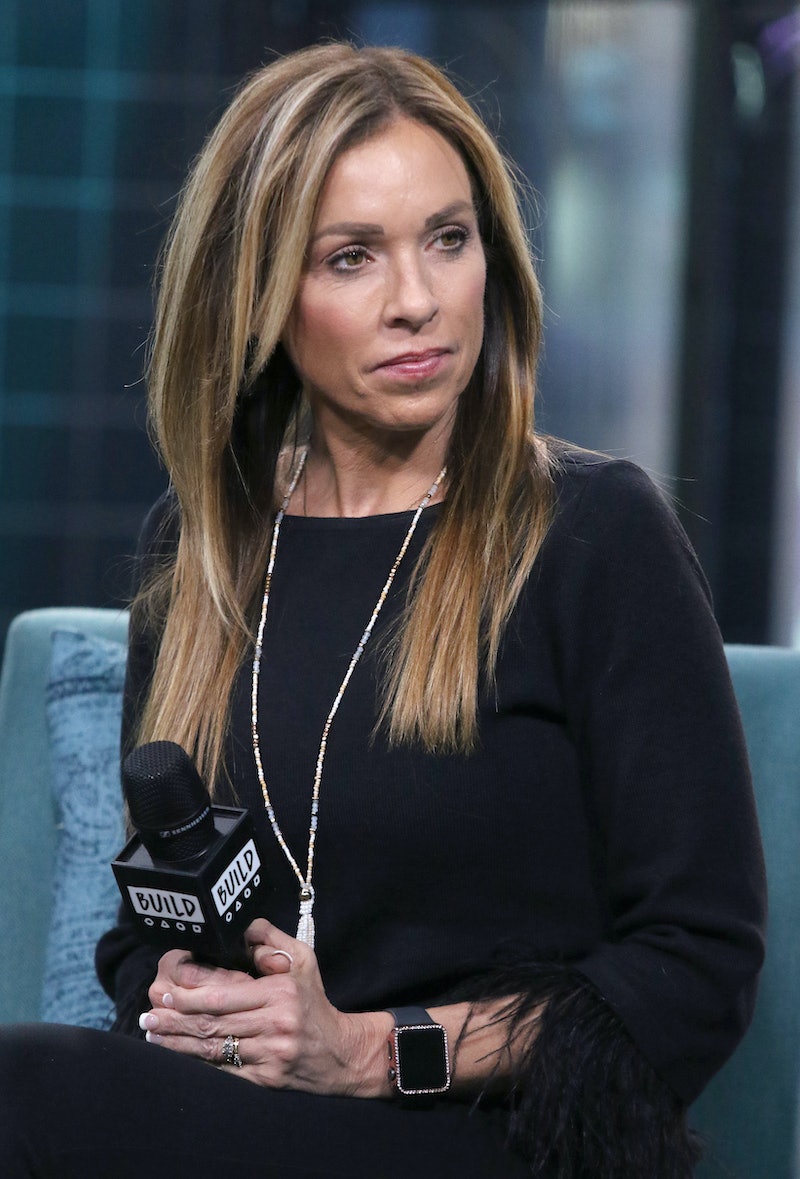 Netflix’s Cheer tumbled into our lives with the release of the sports docuseries’ first season in January 2020, which followed Navarro College’s nationally-ranked Bulldogs cheer squad, located in Corsicana, Texas. Over Season 1’s six episodes, team members such as Gabi Butler, Morgan Simianer, Lexi Brumback, and La’Darius Marshall prepare to fight for another victory at the NCA National Championships in Daytona Beach, Florida. Behind the young athletes’ success is coach Monica Aldama, who’s built the team from the ground up since its launch in 2000. Occasionally appearing in Cheer alongside Monica for support is her husband, Chris Aldama, who gives interviews for the Netflix series but generally sticks to the sidelines of his wife’s career.

Cheer Season 2 hit the streaming platform on Jan. 12, and this time around, it features nine episodes — because there’s so much to cover. From the cancellation of 2020’s championships in Daytona, to fan-favorite teammate Jerry Harris’ troubling child pornography charges, to the introduction of Navarro’s rival team at Trinity Valley Community College, this season is guaranteed to be a jam-packed whirlwind. Whether or not we’ll learn more about Monica’s husband is TBD, but the couple has been open about some of their highs and lows in the past. Here’s everything we know about Chris Aldama, including his Instagram, job, and more.

How Did Monica And Chris Aldama Meet?

In true small-town fashion, Monica and Chris met in middle school and both later attended Corsicana High School, where they were each other’s prom dates for multiple years, according to Parade magazine. After graduating, Monica enrolled in Tyler Junior College, later transferred to the University of Texas at Austin, and then earned her Master of Business Administration at the University of Texas at Tyler. While Chris earned his bachelor’s degree in criminal justice from Southwest Texas State University, the pair remained connected and married young before having two children, Austin and Ally.

With over 625,000 followers to her name, it’s safe to say Monica has taken full advantage of the platform Cheer has given her. It seems Chris prefers to stay out of the limelight, as his personal Instagram account only boasts a little over 1,300 followers. But while his wife’s page is filled with promotional materials and sponsored posts, Chris’ account is more of a personal page, featuring pictures at sports games, on hunting trips, playing music with his band, and spending time with Austin and Ally.

According to Chris’ Instagram page, he’s quite passionate about playing guitar in Courtney Prater & The Sidetracks, a Corsicana-based band that performs live shows at local bars and other venues. But musicianship is just a side gig, as Chris’ LinkedIn profile reveals he’s worked as the director of probation at the Navarro County Community Supervision and Corrections Department since 2009. Prior to that, he was the Ellis County Juvenile Services’ chief officer from 1994 to 2009.

During her time on Season 29 of Dancing With the Stars, Monica opened up about her 26-year marriage to Chris, which has proven strong today after turbulent times in the past. When they first married, Monica recalled having “no responsibility,” but as kids came into the picture and the couple grew older, they became “really busy” and began taking issues out on each other. They eventually decided to get divorced, a period she described as one of the “darkest times in my life.” But distance made their hearts grow fonder, and Monica remarried Chris after a year apart.

Speaking to reporters, Monica revealed it was a “little scary” to get so “vulnerable” about her relationship with Chris. “But I do think it’s such a great story because we really wanted to make sure we put the kids first and co-parent very well, even though we were going through a rough patch,” she said, per HollywoodLife. “I always say [it] really [was] the biggest blessing of our life because we really grew, and it was an opportunity for both of us to just really work on ourselves. I mean, at the end of the day that’s the most important thing, that you grow and you become a better person and you become a better partner. Our marriage really has flourished because of it, so it’s really a great story.”

More like this
Andy Cohen Apologized To Larsa Pippen After A 'RHOM' Season 5 Reunion Dust-Up
By Brad Witter
'Bling Empire: New York’ Star Tina Leung Has A Superhero Alter-Ego
By Alyssa Lapid
Brittany Snow Files For Divorce From Tyler Stanaland After 'Selling The OC' Drama
By Grace Wehniainen and Radhika Menon
Jin-young Reflected On His Relationship With Seul-ki After 'Single’s Inferno'
By Brad Witter
Get Even More From Bustle — Sign Up For The Newsletter
From hair trends to relationship advice, our daily newsletter has everything you need to sound like a person who’s on TikTok, even if you aren’t.