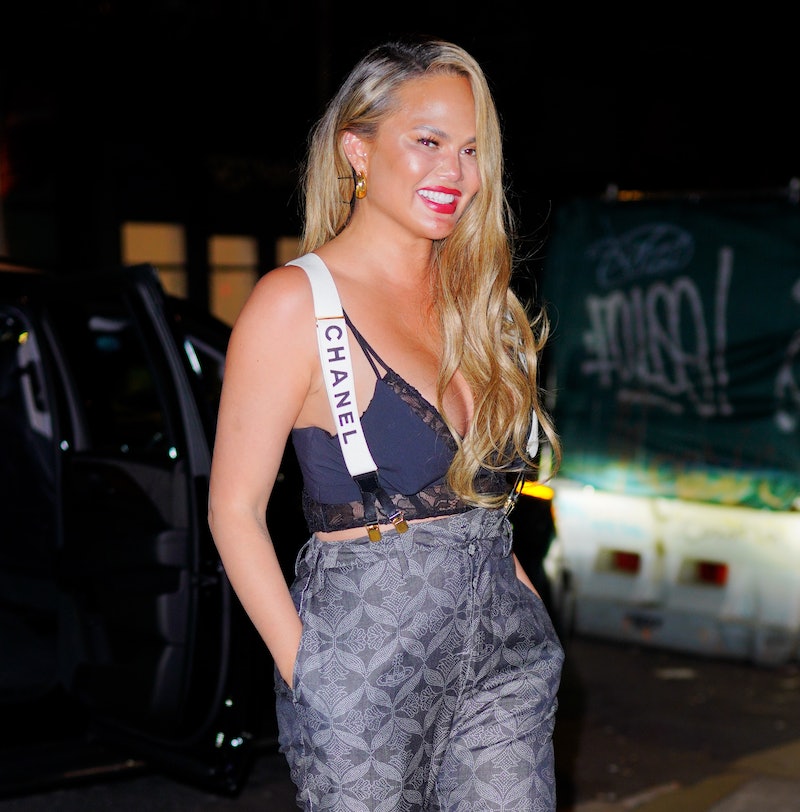 Never one to shy away from personal life updates — the real, the heartbreaking, the darkly hilarious — Chrissy Teigen took to Instagram on Saturday, Feb. 19 to share her latest development: She has started in vitro fertilization (IVF) again, a year-and-a-half after the loss of her son Jack during pregnancy. “I wanted to let you guys know I’m balls deep in another IVF cycle to save as many eggos as I possibly can and hopefully make some strong, healthy embryos,” the Cravings author announced in her caption, alongside a photo of her exercising by the beach.

Though Teigen said the IVF shots aren’t an issue for her (“They make me feel like a doctor/chemist”), she did highlight another side effect of the process — and shared some important advice about any possible baby bumps people may think they see.

“The bloating is a b*tch, so I humbly beg you to stop asking if I’m pregnant because while I know it’s said with excited, good intentions, it just kind of sucks to hear because I am the opposite of pregnant,” she wrote. “But also like please stop asking people, anyone, if they’re pregnant ... I’d rather be the one to tell you and not some poor woman who will look you in the eyes through tears and that’s how you finally learn.”

This isn’t Teigen’s first time undergoing the process — her children Luna and Miles, who are 7 and 3 years old, respectively, were both conceived through IVF. Last year, in partnership with Fertility Out Loud, Teigen opened up to Bustle about her fertility journey, and she explained how she hoped sharing hers could help others feel a little less alone. “Women beat themselves up over so many different aspects of life that you have to be able to just let up every once in a while … it’s just too much for any one person to be able to handle,” she said.

Though Teigen wrote in 2020 that she “never will be [pregnant] again,” she’s been open about the fact that she wants to keep growing her family with husband John Legend. “I just think of it in terms of how blessed I am already, and also there are so many ways to have a child nowadays ... whether it’s surrogacy or adoption,” she told People last year.