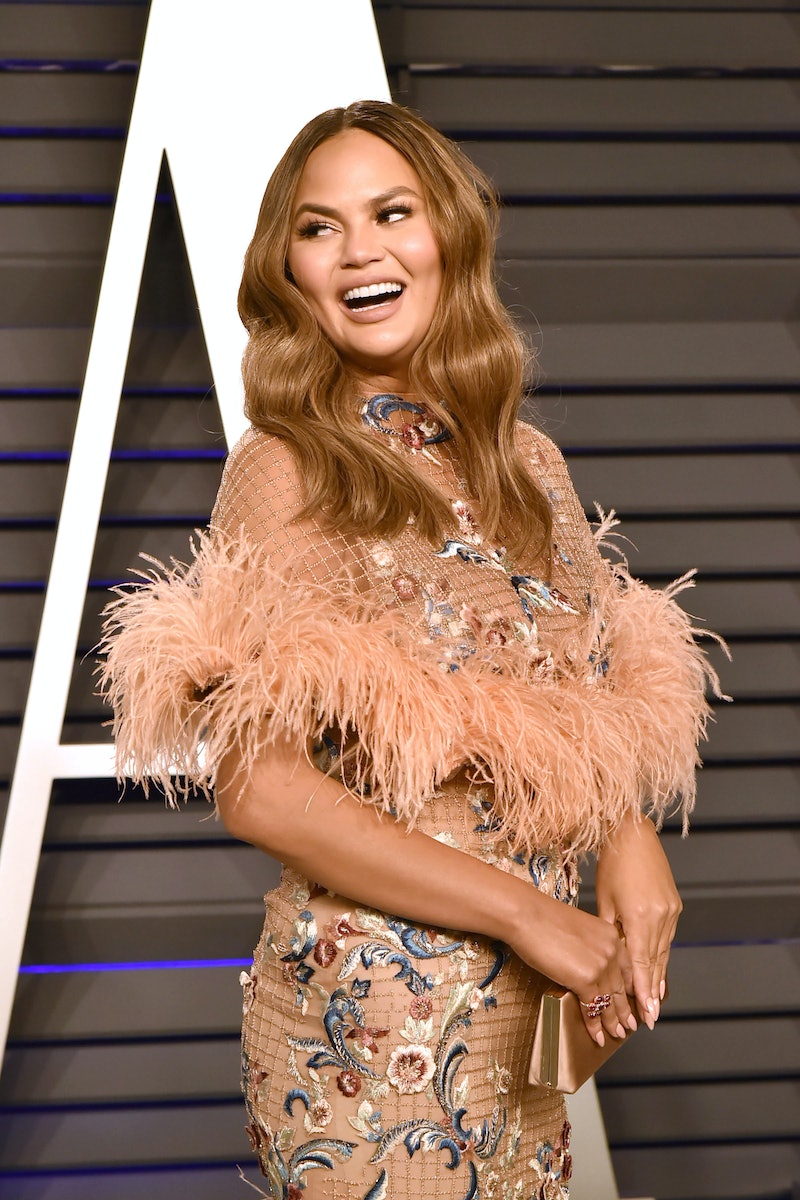 If Jennifer Lopez is fresh out of ideas for her upcoming performance at Joe Biden's inauguration, Chrissy Teigen can help. The Cravings cookbook author took to Twitter on Thursday, Jan. 14, to express her excitement over the star-studded lineup — and she even came through with an idea for J.Lo that might infuriate Donald Trump's most ardent supporters.

"Lady Gaga for inauguration star spangled banner!" Teigen tweeted before suggesting that the National Anthem should be sung in Spanish, as well. "And Jennifer Lopez added as a performer oh man how dope if jlo sang the national anthem in f*ckin Spanish hooooooboy MAGA would f r e a k lol absolutely lose their minds," she continued.

In true Teigen fashion, she also clapped back at critics who slammed her idea. One Twitter user responded saying that "ANYONE should freak" if J.Lo sings in Spanish at the event. "This is AMERICA, not Spain," he added. "Has nothing to do with Trump." In response, Teigen asked a simple question: "but who did you vote for, Kevin?" Kevin has yet to answer, so make of that what you will.

In addition to proudly endorsing President-elect Biden and Vice President-elect Kamala Harris ahead of the 2020 election, Teigen's relationship with Trump has famously been terrible, to say the least. The two have been getting into it on social media since before he took office in 2016, and after calling him out for many of his controversial statements and actions, Trump blocked her on Twitter in July 2017.

Their feud came to a head two years later when Trump called Teigen a "filthy-mouthed wife" after complaining about her husband John Legend advocating for criminal justice reform. Of course, Teigen retorted with a filthy-mouthed nickname of her own. "lol what a p*ssy ass b*tch," she wrote. "tagged everyone but me. an honor, mister president." Basically, one of Teigen's best skills is trolling Trump online, and her idea for J.Lo is another clever barb, especially if it actually happens.

J.Lo has yet to publicly respond to Teigen's tweet, meaning fans will have to wait until the big event on Jan. 20 to see what the singer has up her sleeve.