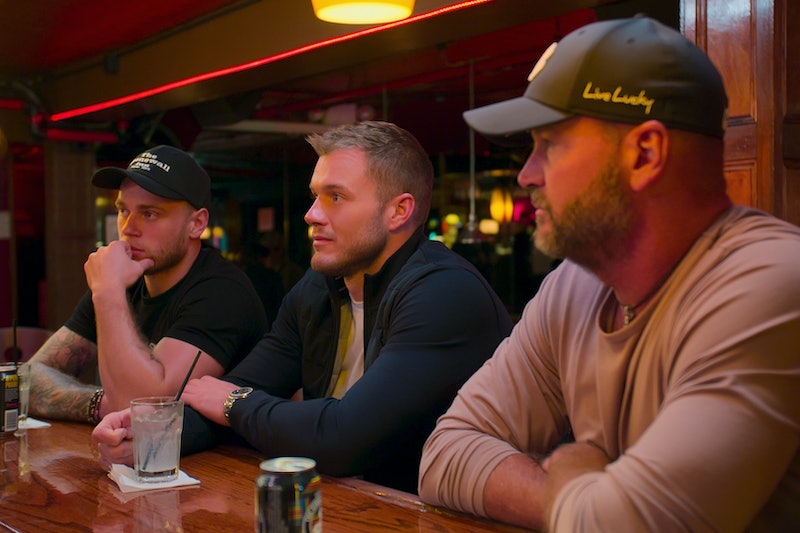 In April 2021, former football player and Bachelor star Colton Underwood publicly came out as gay during a Good Morning America interview. But before that, he came out to his parents, Scott and Donna Underwood. Those conversations are documented in Netflix’s Coming Out Colton, which follows Colton as he learns to navigate his queer identity. “I think I’ve been struggling with my sexuality,” Underwood tells his mom while on a Christmas trip in Episode 1. “Sorry I’m nervous ... I guess this is me coming out to you.”

Colton similarly came out to his father while on a fishing trip with him, which is shown at the end of the episode. “I did want to talk to you about what happened last year ... I know that it was probably confusing in many different ways for you. During that time I was also personally and privately going through something,” he explained to his dad. “I think I backed myself into a corner and doubled down so many times running from who I am ... I guess what I’m trying to tell you is I’m gay.”

Questions about Colton’s sexuality had arisen with his parents before, which he wrote about in his 2020 memoir First Time: Finding Myself and Looking for Love on Reality TV. After he broke up with his second girlfriend, rumors spread that he was gay, which eventually got back to his parents. Colton denied the rumors, but his dad didn’t let the issue go right away.

Colton later came out to the both of them on camera for Coming Out Colton. In a New York Times profile, Scott said he wished the moment hadn’t been filmed, but that he understood why it was. “I’m not saying I’m upset about it, but I would have preferred it had been done differently,” he said, adding that he knows his son is an “entertainer” and has chosen that as a career. “Am I going to say it’s for fame? No. Did he come out on TV for money? Sure. But who in reality entertainment doesn’t leverage their life and put it all out there for money?”

As cynical as Colton’s parents may be about reality TV machine, Colton said in his Good Morning America interview that they’ve been nothing but supportive of him. “My dad, when I told him that, his reaction was sort, ‘I wish you would’ve trusted me sooner,’” Colton said. “But then he followed it up with, ‘How I can help you? How can I take this off your plate? Who can I tell?’ And to me, that was more meaningful than, ‘I love you.’”

This article was originally published on Feb. 18, 2019