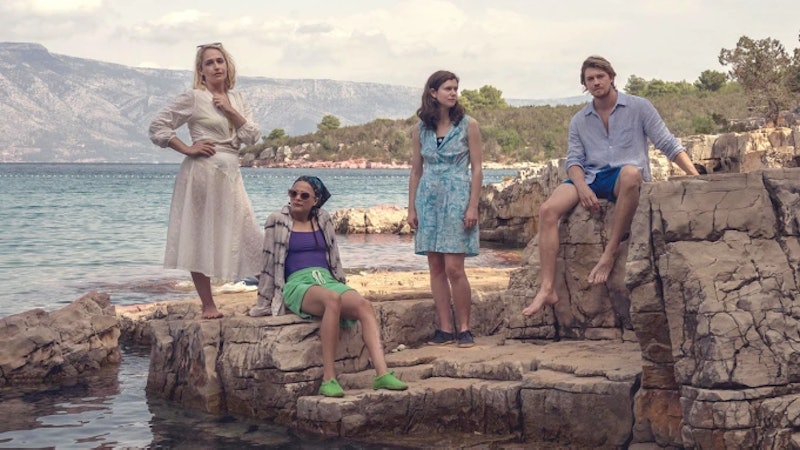 After Normal People captivated an entire nation during the early days of lockdown, there’s understandably a lot of excitement surrounding the airing of Conversations With Friends — a TV adaptation of Sally Rooney’s debut novel. Though it’s a bit of a gear-change, revolving around a tense love triangle that develops between two Trinity College Dublin students and their glamorous new literary friends, fans of the OG Rooney show may well recognise a bunch of filming locations around Dublin already.

Just like Normal People, Sally Rooney’s second novel partly unfolds at Trinity College, where the author studied English and American Literature, and so it's no surprise that the two shows share the university as a filming location. If the concrete-clad library where Frances knuckles down to study looks strangely familiar, that’s because the 1960s-era Berkeley Library is the same place that Connell and his chain settled in for long, brooding study seshes in first TV adaptation of Rooney’s work. Locations like the university’s Robert Emmett lecture theatre and the grand Parliament Square — leading the way to Trinity’s front entrance — also appear in both shows.

While Normal People’s Marianne lived on the relatively fancy Wellington Road, in the affluent Ballsbridge neighbourhood, Conversations With Friends’ central character Frances lives on Hardwicke Street in the north of the city. Her flat is just around the corner from The Hugh Lane art gallery, which was previously transformed into an Italian art gallery for the purposes of Connell and Marianne’s trip to the Guggenheim (which is in Venice, IRL) in Normal People.

Speaking of holidays, Conversations With Friends also shares a filming location with an epic fantasy show. While the book features students Frances and Bobbi heading off to Brittany in France to holiday with their new older friends Nick and Melissa, this TV adaptation moves the action to Hvar, a Croatian island just off the Dalmatian coast. The island’s main, marble-covered town previously served as a backdrop in Game of Thrones before hosting this shadowy entanglement of affairs. The nearby island of Vis, meanwhile, hosted Mamma Mia! Here We Go Again.

Conversations With Friends airs on BBC Three on May 15 at 10 p.m.