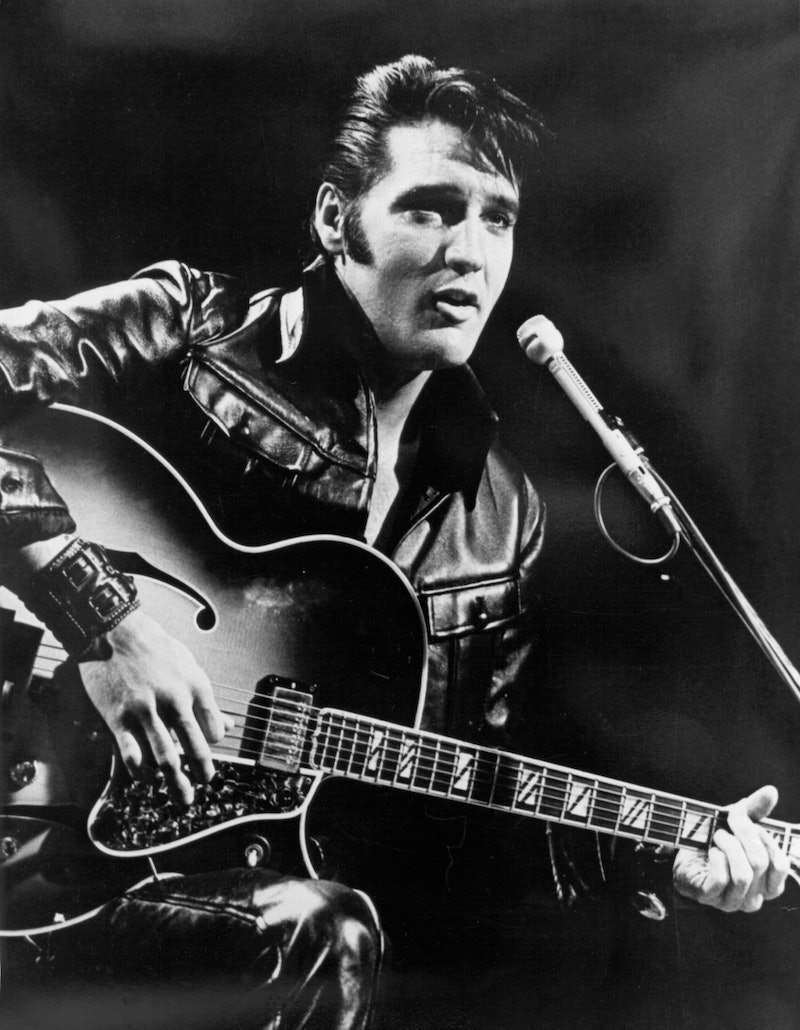 Following a spate of musical biopics in recent years with the releases of Bohemian Rhapsody, Rocketman, Judy, and Respect, Baz Luhrmann released his much-anticipated big-screen interpretation of the life and career of Elvis Presley. Starring Austin Butler as the “King of Rock and Roll” and Tom Hanks as his manager Colonel Tom Parker, Elvis devles into the history of one of the world’s most prolific musicians, who had an army of adoring fans all around the world. But, did Elvis ever tour the UK?

What may come as a surprise to many – given his international fame – Elvis never toured across the pond. As per the Daily Mail, the reason for this lies with his manager, Colonel Tom Parker, who was born in The Netherlands and arrived in the United States as an illegal immigrant. Because Colonel Parker did not possess an American passport, he feared that if he left the U.S. for any reason – including to go on an international tour with Presley – he might not be granted permission back into the United States. Therefore, Parker reportedly convinced the “Blue Suede Shoes” performer that it would be a security risk for him to tour internationally, and encouraged him to focus on the Las Vegas strip, instead.

Although, the singer did briefly visit the United Kingdom back in 1960, when the military plane flying him back to the U.S. from his army service in Europe (which was mandatory at the time) stopped over at Prestwick in Scotland.

As mentioned, the 2022 musical-biopic Elvis chronicles the life and career of the famed performer, depicting everything from his childhood in Mississippi to his rise to worldwide superstardom. Following the film’s release, critics have largely praised director Luhrmann’s efforts, with one positive review from Rolling Stone describing the big-screen drama as a “brash, overwhelming experience.”

Meanwhile, members of Presley’s own family have also given the biopic their seal of approval. Speaking to reporters, Elvis’ former wife, Priscilla Presley, revealed that she “loves” the film, which she thinks is “beautifully done.”