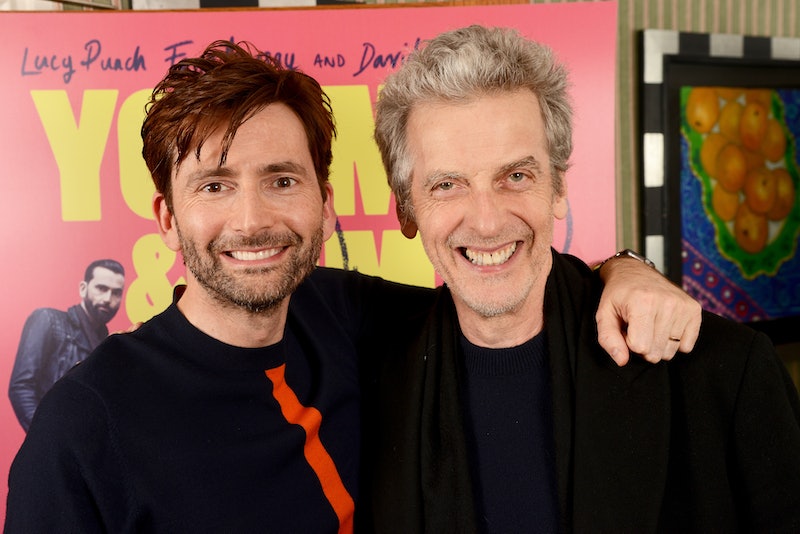 With the 60th anniversary episode of Doctor Who set to air in 2023, fans have been hoping to see news about the likes of David Tennant making a return to BBC’s cult classic series. While there’s still no confirmation about potential appearances by previous Time Lords, Whovians will be delighted to hear that there are some exciting new reunions set to take place outside of the show.

Former showrunner Steven Moffat is hard at work on a host of new projects at the moment, and he’s revealed that he’ll be working with both David Tennant and Peter Capaldi on two separate shows. Speaking to Radio Times, Moffat announced he will be working with Tennant for an offbeat thriller drama titled Inside Man.

“Most detective shows are whodunits. This one is more like a who will do it. Or possibly a you done it,” he teased. “Its central idea is anyone can be a murderer. And it won't be the one you expect.”

Tennant will play a priest in the upcoming BBC drama, while the cast also features Lydia West (It's a Sin) and Dolly Wells (Dracula). Meanwhile, Moffat will be working with Peter Capaldi on another murder mystery titled The Devil’s Hour.

Capaldi will play a “dangerous recluse” in the drama which sees his character become the prime suspect in a case. Moffat told Radio Times, “It's a really hard one to define. And we asked all the actors to define it. And Peter Capaldi being a genius said, 'Listen to your nightmares.' So that's the best I can tell you.”

Has anyone got a spare Tardis so we can time travel to the day when these shows are ready for us to get stuck into?

At present, Jodie Whittaker portrays the thirteenth Doctor on the hit show and is reportedly set to embark on a same-sex romance with her companion, Yasmin Khan (played by Mandip Gill).

After her character confessed her feelings in the most recent New Year’s Eve special, Gill has revealed that the potential romance will be addressed again in upcoming episodes. Meanwhile, Doctor Who’s anticipated Easter special Legend of the Sea Devils is set to air on Apr. 17, while Whittaker’s final series as the Doctor is slated for Autumn 2022.

More like this
6 'Happy Valley' Easter Eggs You May Have Missed
By Sophie McEvoy
'The Last Of Us' Has Officially Been Renewed For Season 2
By Darshita Goyal
Turns Out George Clooney Is A Huge Fan Of This Classic British Game Show
By El Hunt
Rupert Grint Just Shared A *Major* Update About Ron Weasley’s Future
By El Hunt
Get The Very Best Of Bustle/UK
Sign up for Bustle UK's twice-weekly newsletter, featuring the latest must-watch TV, moving personal stories, and expert advice on the hottest viral buys.