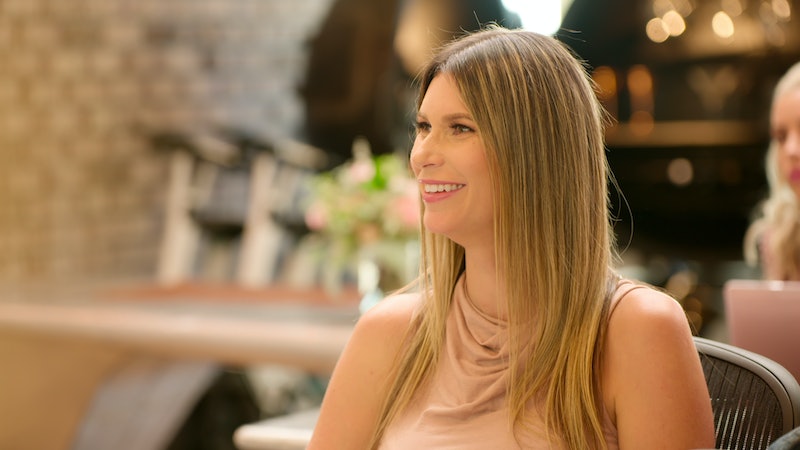 As one of The Oppenheim Group’s first agents, Maya Vander’s goodbye party in Selling Sunset Season 5 was bittersweet. Though she never formally announced she was leaving the agency, Maya explained on camera that she was “very busy with work in Miami” and hoped to close on a Santa Monica property so that she could finally “slow down” her hectic lifestyle. “I don’t want to say closure, but it will be a nice goodbye gift,” she said. “At the end of the day, you know, I want to be a superwoman, but I can’t. I have to prioritize.”

By the season’s penultimate episode, the seller accepted Maya’s client’s $12.5 million offer, seemingly opening the door for her to return to Miami full-time, while leaving The Oppenheim Group behind. “LA will always be home. It is, in a way, closing a chapter, and it’s bittersweet,” she explained in the Netflix reality series. “But at the same time, I’m very excited to focus on really what’s important in life, which is my family.”

In December, Maya revealed to Distractify that she had been flying back and forth every week just to film Selling Sunset — and she may have hit her limit. “In reality, the show has been successful, and I’m very happy and thankful to be part of it,” she said, adding that she could maybe still do “cameos here and there” in the future. “I squeezed in five seasons, somehow, but flying back and forth... it’s going to be extremely tough.”

Maya also revealed to E! around the same time that she was “probably not going to be a full-time cast member” in a potential Season 6. Among the reasons she cited for cutting back on the constant bicoastal travel was the expected arrival of her third child. “Realistically speaking, I’m probably going to stay more focused on Miami, my family, and my business here, if we get renewed for another season,” she shared. However, Maya lost her baby in a stillbirth at 38 weeks in December, as she shared on Instagram, and it’s unclear how that tragic loss might affect her decision to return to the show.

By February, though, she announced she’d opened her own Florida-based agency, The Maya Vander Group, which several of her Selling Sunset co-stars — including Chrishell Stause, Emma Hernan, Christine Quinn, Davina Potratz, and Vanessa Villela — supported in her Instagram comments section. A source told Us Weekly at the time, however, that Maya was still with The Oppenheim Group and remained “loyal to Jason.” She’s simply “expanding to Miami” while still working with some LA-area clients, the insider added. Indeed, Maya is also still listed as an agent on The Oppenheim Group’s website.

While she may reveal more of her future plans on the Selling Sunset Season 5 reunion, which is slated for a May 6 release, Maya previously revealed that she’d be on board to join a Miami-based spinoff, following on the heels of Netflix’s Selling Tampa. “The real estate is so great and sexy [in Miami]. I would love to do something here. I think there is a tremendous amount of potential,” she added in her December Distractify interview. “If I don’t have to hop on a flight for five hours back and forth in 48 hours, I would definitely do it.”

More like this
Christine Quinn Says She & This Co-Star Got Paid The Most For 'Selling Sunset'
By Grace Wehniainen
Two 'Temptation Island' Singles Dropped A Bombshell About Lascelles At The Reunion
By Brad Witter
The Richest 'Bling Empire' Cast Member Is...
By Hugh McIntyre
Kendall Jenner Isn’t Ready To Have A Baby Amid Her Mom’s Wishes
By Jake Viswanath
Get Even More From Bustle — Sign Up For The Newsletter