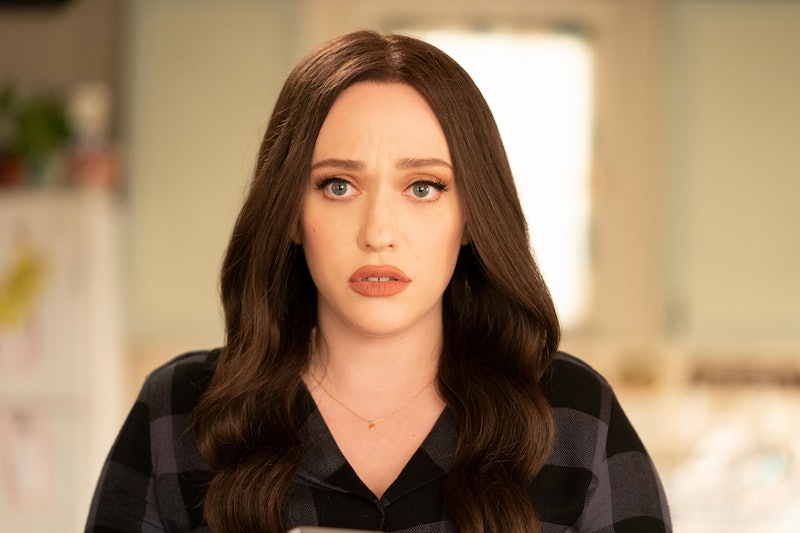 Jules (Kat Dennings) and her imaginary Cat Lady are back. In Season 1 of Hulu’s Dollface, Jules’ boyfriend of five years suddenly broke up with her, leading her to rekindle the female relationships she’d left behind while they were together. In Season 2, she and her friends realize they need to figure out their romantic and professional lives as they inch closer to 30 and move on— within the world of the show, at least — from a global pandemic.

While Hulu was quick to renew the show for Season 2, the streaming platform has yet to announce if there will be a Dollface Season 3. But the series is based on creator Jordan Weiss’ life, so it stands to reason that she has plenty of stories to mine for more seasons. She originally wrote the script as a writing sample while she was an assistant, and it got picked up by Margot Robbie’s production company Luckychap Entertainment after her friend slipped it to an I, Tonya producer. “I was in a relationship in college and struggled to put myself out there with friendships as much as I could have,” Weiss told Variety in 2019. “Coming out of that time, coming out of a breakup not dissimilar to the one in the show, and realizing that I needed to put more times into my girlfriends, that’s where the idea really came from.”

Craig Erwich, President of ABC Entertainment and Hulu Originals, also told Deadline in 2021 that Dollface was one of their top shows in 2019, which bodes well for another renewal. Here’s everything we know so far about a potential Season 3.

If the series is renewed, it will likely follow the trend of the last season and take about a year to produce. That means a spring 2023 premiere date at the earliest.

In addition to Dennings (WandaVision), Dollface stars Brenda Song (The Suite Life of Zack & Cody), Shay Mitchell (Pretty Little Liars), and Esther Povitsky (Crazy Ex-Girlfriend), all of whom would likely return if there’s a Season 3. As Song explained to ScreenRant, Season 2 expands beyond Jules to explore how each of the women are dealing with getting older during a pandemic — a throughline that could continue into future seasons.

“The fun of Season 2 is that all the girls come into this element,” Song said. “It's so exciting to see Stella and Izzy and Madison in this world with [Jules]. Instead of it just being Jules living out her anxiety, it's now all the girls living out their anxieties.”

This post will be updated as more information about Season 3 becomes available.