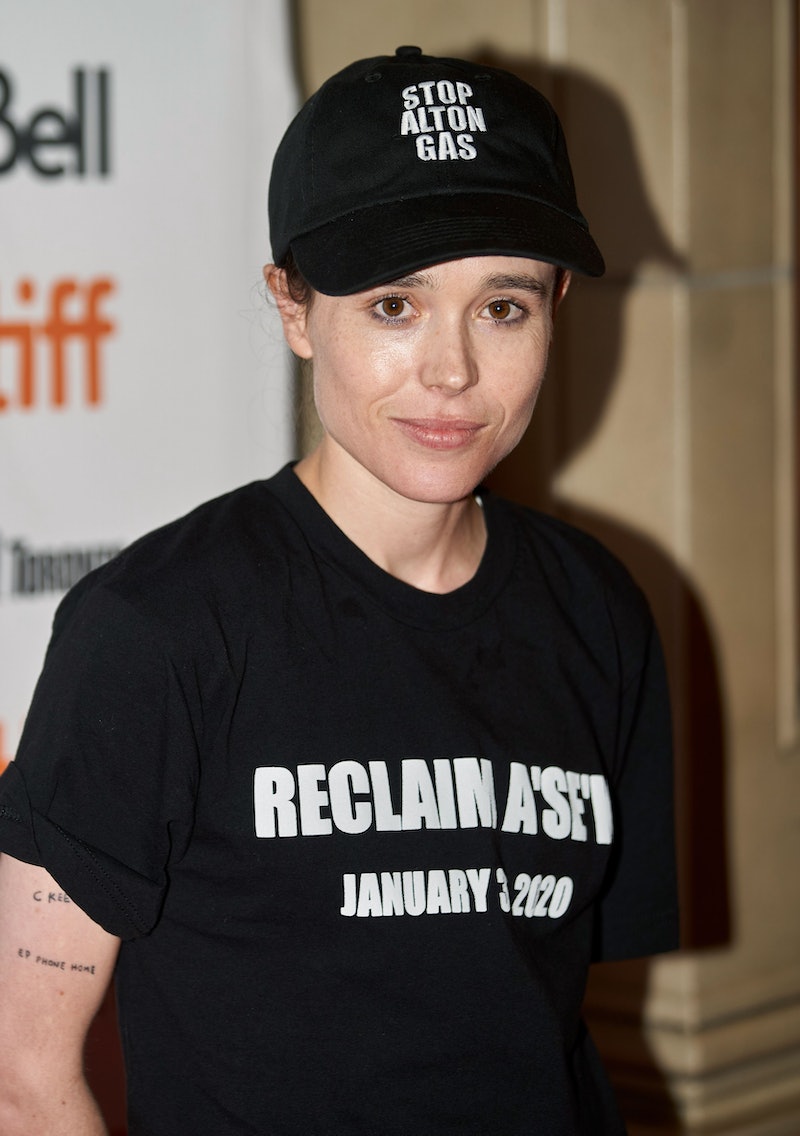 The pandemic lockdown affected the world in countless ways — from the conception of new films, like Malcolm & Marie, to changing the way we date and the uptick in pursuing hobbies at home. For Elliot Page, who came out as a transgender man in December 2020, the pandemic didn’t usher in a big project or new era of productivity. Rather, it was a much-needed slowing-down that allowed Page to embrace his identity like never before.

In an interview with Time, published March 16, Page described how the pandemic played a role in his personal — then very public — journey. “I had a lot of time on my own to really focus on things that I think, in so many ways, unconsciously, I was avoiding,” he said. “I was finally able to embrace being transgender and letting myself fully become who I am.”

Page also said he found inspiration in noted trans celebrities such as Janet Mock and Laverne Cox and the memoir Becoming a Man by P. Carl. Another source of inspiration that affected Page long before he became an award-winning actor: the beloved 1982 film E.T. the Extra-Terrestrial. “I loved E.T. when I was a kid and always wanted to look like the boys in the movies, right?” Page told the magazine. His fondness for the film can be seen in his first name and even a tattoo that reads, “E.P. PHONE HOME.”

As soon as the interview was published and began circulating online, fans took to Twitter to celebrate Page, much as they did upon his coming out. (Though, as he told TIME, the praise in 2020 was unfortunately accompanied by “a massive amount of hatred and transphobia.”) Today, many of the tweets include sentiments like, “THAT’S OUR ICON ELLIOT PAGE RIGHT THERE FOLKS,” as well as a message that said, “I’m like emotional rn... im just so proud of elliot page and so proud of him putting himself out there and so proud of them being open and being a voice for trans masculine people.”

What’s next for Page? In addition to using his platform to “decry anti-trans legislation, hate & discrimination in all its forms,” as he wrote on Twitter, the actor is filming Season 3 of Umbrella Academy now. New projects may be on the horizon, too, as Page told Time casting directors reached out to his agent immediately upon his coming out. Since then, his team has received more offers than ever before. They encompass directing, producing, and acting across various roles ranging from trans characters to, as Elliot put it, “dude roles.”

“I’m really excited to act, now that I’m fully who I am, in this body,” Page said. “No matter the challenges and difficult moments of this, nothing amounts to getting to feel how I feel now.”

More like this
Fans Are Calling For Kim Woodburn To “Return Her Gay Icon Card”
By Sam Ramsden
Kit Connor Speaks Out On “Shocking” Lack Of Bisexual Representation
By Sam Ramsden
'Cheers' Stars Pay Tribute To Kirstie Alley After Her Death To Cancer At 71
By Jake Viswanath
17 Photos Of The 'Wednesday' Cast Vs. The 1991 'Addams Family' Cast
By Grace Wehniainen
Get Even More From Bustle — Sign Up For The Newsletter