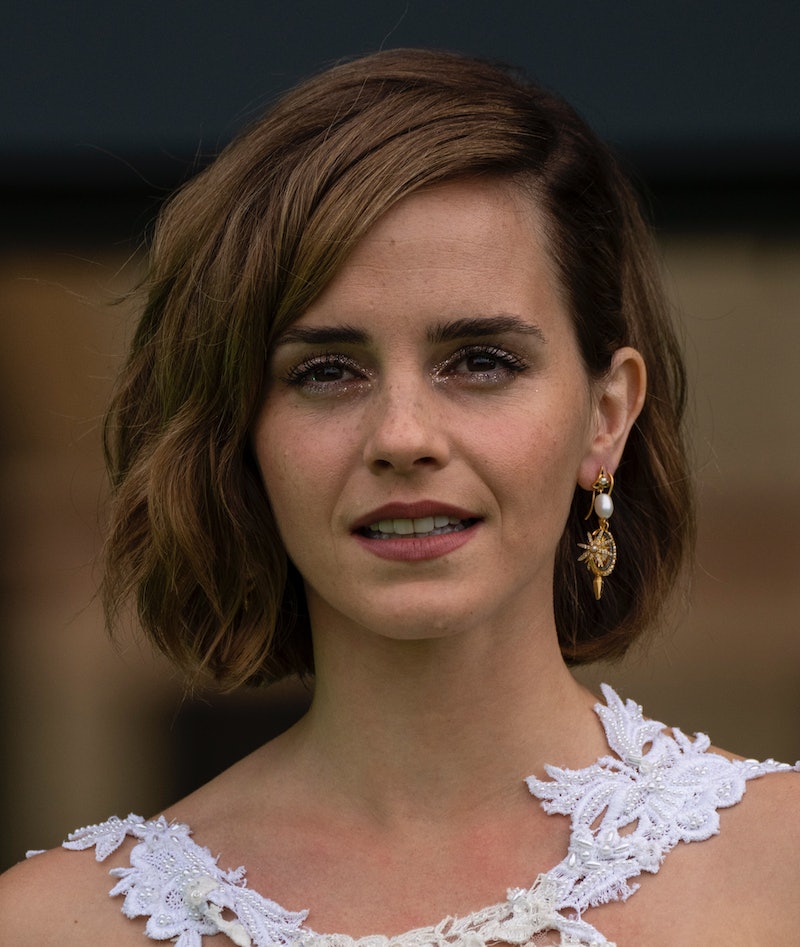 Amidst the hubbub of the Harry Potter 20th anniversary special coming out on New Year’s Day, Emma Watson, alongside her co-stars, has been topping the headlines.

However, Watson has now come under fire for a seemingly controversial post on her Instagram earlier this week. The actor and women’s right activist caused international reaction after an anonymous feminist collective who’s taken over her account posted a solidarity message with Palestinians.

Watson has been a vocal activist for much of her career, particularly in regards to feminism. In 2014, she was appointed UN Women Goodwill ambassador and launched the HeforShe campaign. Since then she has spoken in support of transgender rights, Black Lives Matter and the climate change movement.

Here’s everything you need to know about the fallout regarding her latest post.

On Jan. 3, Watson reposted a pro-Palestine graphic created by the Bad Activist Collective. The post featured the quote “solidarity is a verb” placed on the background of a photo from the Chicago Coalition for Justice in Palestine protest in May 2021. This was accompanied by a caption quoting the intersectional feminist scholar, Sara Ahmed.

Since posting, it has become one of her most commented Instagram posts of all time - with 119k comments and counting. The graphic was initially created during the height of Israel-Palestine tensions in May 2021 - which led to protests internationally.

What Has Been The Reaction?

Watson’s post has sparked outrage by some, including senior officials from the Israeli government. Danny Danon, former Israeli UN ambassador, tweeted Watson’s post with the caption, “10 points from Gryffindor for being an antisemite.”

He was joined by current Israeli UN ambassador, Gilad Erdan on Twitter who wrote:

“Fiction may work in Harry Potter but it does not work in reality. If it did, the magic used in the wizarding world could eliminate the evils of Hamas (which oppresses women & seeks the annihilation of Israel) and the PA (which supports terror). I would be in favor of that!”

What Support Has Emma Watson Received?

People have also come out in support of Watson’s post, with an overwhelming majority of comments praising Watson for her activism. Husam Zomlot, head of the Palestinian Mission in the UK, wrote, “Solidarity with the Palestinian struggle for liberation and justice is a human and moral duty on all freedom loving people. Thank you to Emma Watson…”

And Sayeeda Warsi, Conservative peer and former co-chairman of the Conservative Party, also responded to Danon’s tweet, saying “showing solidarity with Palestinians is not antisemitism” and calling Danon’s comment “appalling”.

Leah Greenberg, co-executive director of the Indivisible Project, tweeted, “a perfect demonstration of the utterly cynical and bad-faith weaponization of antisemitism to shut down basic expressions of solidarity with the Palestinian people…”

Watson is yet to respond to any allegations made toward her.