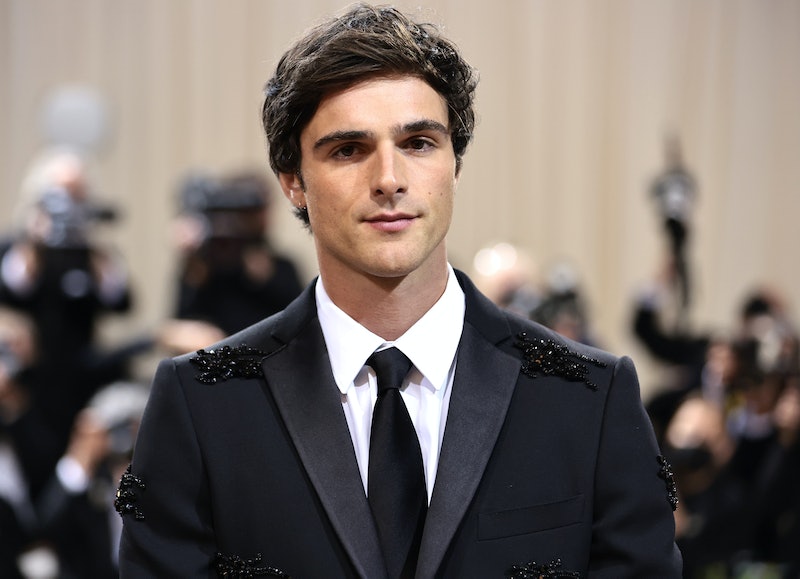 Jacob Elordi is opening up about how hard the overnight success of The Kissing Booth franchise was for him. A new GQ profile of the young actor who plays Noah Flynn in the film series reveals that the immediate changes in his life — from being a regular teenager to a global sensation over the course of a few hours, and the “sudden rush of attention, the relentless scrutiny of his personal life” — almost drove Elordi to quit acting altogether.

Looking back he realizes that it “might sound quite sensitive and dramatic, but I am sensitive and I’m very dramatic. I hated being a character to the public. I felt so far from myself.” The first time he was photographed by paparazzi compounded the fear he felt about living a life in the public eye: “It felt like, all of a sudden, I was a poster,” he said. “Like I was a billboard. It felt like it was for sale. Then my brain went through the f***ing wringer. Like, I wasn’t sure if I was genuine. It really skews your view… It creates a very paranoid way of living.”

The Australian heartthrob was quite literally thrust into the limelight after the teen romance film was released on Netflix in 2018 and became “one of the most watched movies in the world” according to the streamer’s boss Ted Sarandos. Elordi recalls waking up to four million new Instagram followers after the film’s release, which was disorienting for him at the time. “I had to go through and delete my high school pictures because that was the Instagram that I used for my life,” he told GQ. “I wish people could understand how drastic that change was.”

Growing up as a teen in Brisbane, he was both a rugby player and an actor, two trades that he believes characterizes the different sides of his parents: acting for his mom and sports for his dad. To this day, his parents are his biggest supporters — even if they don’t quite understand exactly what his new life is like.

He jokes that his father in particular teases him about his career. “He’ll still be like, Are you going to shoot the one…where you’re kissing? In the booth? ‘No, Dad, I’m making good movies, I swear.’ Is that the one where you’re an American? ‘I’m American in all of them, Dad.’” But Elordi is also quick to characterize his father as the opposite of Euphoria’s Cal Jacobs, his on-screen dad on the HBO series played by Eric Dane, referring to his father as a “totem of the kind of man that I would like to be.”

Elordi’s characterization in the profile is one of an artist and an old soul: he idolized Marlon Brando and Laurence Olivier, and looked up to recent stars like Heath Ledger and Christian Bale. Even Elvis was an inspiration to him, and he tracks his own experiences against theirs as a compass due north. “I guess, in a way, I’m trying to learn from these people,” he said. “Because I obviously don’t have any friends that have been through the same thing, really, so they’re almost like guiding beacons.”

But as his path to fame has been extraordinarily different than those in previous generations, he often finds himself wondering if all of his decisions are the right ones. “I can see an edge of a cliff, and I’m just teetering on the edge,” he said. “My fear is: What step can’t you go back from?” For now, Elordi is expanding himself with new projects and collaborations with the likes of an Emerald Fennell film called Saltburn and a forthcoming thriller with Zachary Quinto.