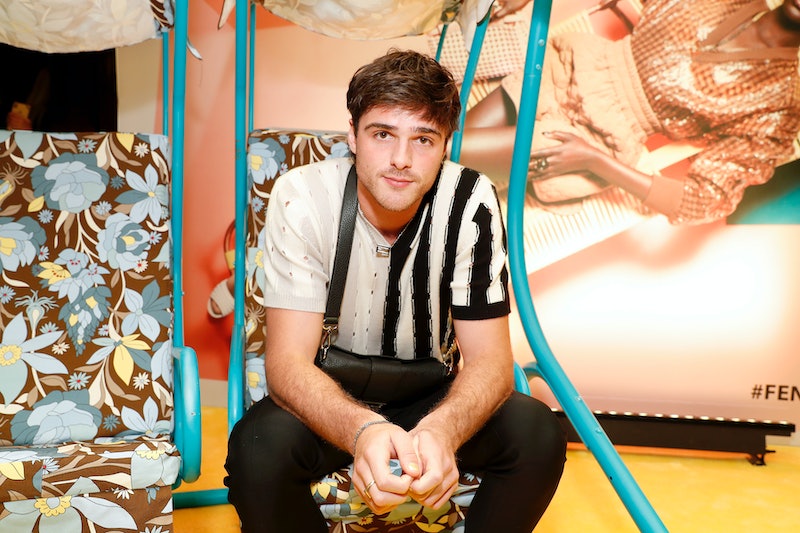 Calling a mullet a controversial haircut is an understatement. The notorious hairstyle is one that people either love or loathe, with most eagerly awaiting to tell you why. But the distinct, magical allure of the aptly-defined “business up front, party in the back” cut with its pristine sides and long, flowing locks has always fascinated 24-year-old actor Jacob Elordi.

The Kissing Booth star and self-described “nervous boy” recently sat down with Jimmy Kimmel Live guest host Julie Bowen to explain his decision to grow a mullet over quarantine. “I always have short back and sides because of the movies I’m on,” he revealed. “I had always wanted a mullet and my mum never let me have one cause she wanted me to be a gentleman.” When the pandemic hit, however, Elordi suddenly found himself at home in Australia for six months — the perfect amount of time to fulfill his lifelong mullet dreams.

Elordi admitted that his experience as a mullet man was short-lived. “My girlfriend [Kaia Gerber], within a week of us dating, she cut it off,” he said. “She took me to the bathroom and she got scissors out.” Bowen jokingly replied, “She said, ‘You’re cute, but not that cute.’”

Outside of his haircut escapades, Elordi shared that he’s currently shooting the highly-anticipated second season of Euphoria. “It’s insane, but it’s like a completely different show,” he teased, revealing that there are a few eccentricities to the Euphoria set, including a collection of stunt penises for the show’s steamier scenes. “When you come into the makeup trailer, they’re all kind of set up,” Elordi said. He added that the show’s makeup artists have to apply “makeup on the penis” and routinely hold so-called “penis checks” between takes to make sure the makeup stays on and looks as lifelike as possible.

In addition to prosthetic packages, Elordi announced that his character Nate will be “not so clothed” in the upcoming season, a topic which “really f*cking bothered” him while on the set of films like second installment of The Kissing Booth series. “I specifically asked [to be fully clothed in The Kissing Booth 3]. I was like, I need to have a shirt on. Unless I’m in a swimming pool or a shower, please let me [have my shirt on],” he said. “Because it was getting ridiculous.”