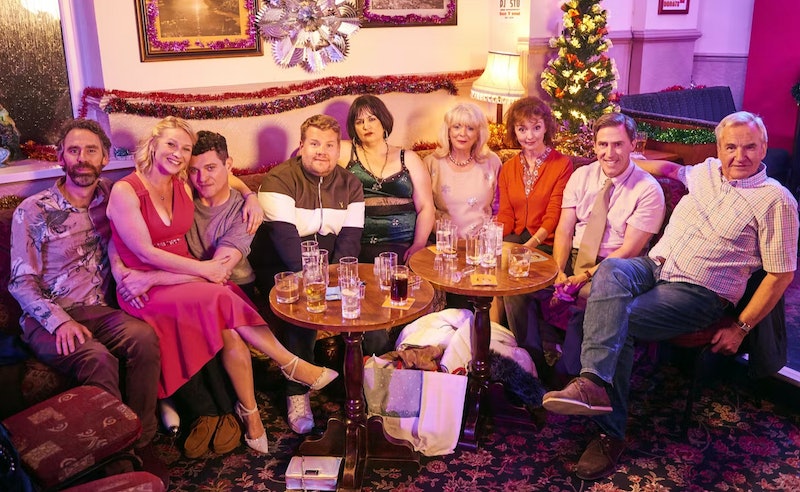 It’s been three years since Gavin & Stacey last graced our screens, and many fans remain hopeful the show will one day return. The hugely-popular BBC comedy, which centres on the romance between Essex lad Gavin and Welsh girl Stacey, was a ratings success throughout its three-series run, before seemingly wrapping up for good in 2010. The revival of Gavin & Stacey appeared likelier than ever back in 2019 when the sitcom returned for a one-off Christmas special — which ended with that Smithy and Nessa cliffhanger. But, does Gavin & Stacey have a future?

Sadly, actor Larry Lamb (who plays Gavin's dad Mick Shipman in the series) dashed hopes of a festive episode in 2022, telling Essex Live that there “certainly” isn’t a Christmas special this year. More recently, during an appearance on ITV’s Loose Women on Dec. 13, Lamb’s co-star Joanna Page (aka Stacey Shipman) also discussed the possibility of the show’s return, revealing that she had “honestly no idea” if Gavin & Stacey will ever come back.

“I’m just the same as everybody else because they don’t tell us,” Page explained. “They don’t tell us anything and I’ve never ever asked. I’ve never said, ‘Oh Ruth [Jones], do you think you’ll do another one or is there going to be more?’”

Page added that following the show’s hugely-successful Christmas episode in 2019 — which became one of the most-watched festive specials in 17 years — she “did think” the series would return so viewers could “find out what Smithy says” to Nessa’s surprise proposal. “As time’s going by, I’ve started to think, ‘Well maybe it’s been too long? Maybe there isn’t going to be another one,’ which makes me sad because I’d love to do another one,” Page added.

As per Metro, series creator James Corden revealed in Jun. 2022 that, although the ending of the 2019 Christmas special does very much tease “something else,” a return of Gavin & Stacey would only ever happen if both he and co-creator Ruth Jones “figure it out” together.

“It’s always been the two of us, it’s always been, and we can’t write separately ... She’ll know when it’s right and together we’ll figure it out. If that ever happens, but I do think it’s a big if, I don’t think it’s a when,” the Late Late Show host explained.