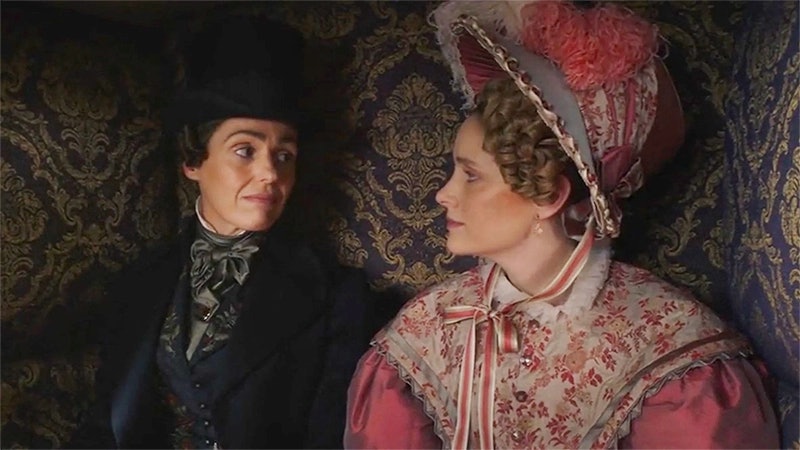 HBO has confirmed to Deadline that there will not be a Gentleman Jack Season 3, as the show has now been cancelled. The announcement comes shortly after the Season 2 finale aired. The show, co-produced by the BBC, is set in the 1800s and champions a queer love story between Anne Lister, portrayed by Suranne Jones, and Ann Walker, portrayed by Sophie Rundle. The series is based on historical events sourced from Anne Lister’s real-life diaries, which were written in code and documented her relationships with women.

A HBO representative told Deadline: “HBO will not be moving forward with a third season of Gentleman Jack. When we began this journey more than five years ago, we knew the series’ creator Sally Wainwright had a uniquely compelling vision, and it’s been tremendously gratifying to see how Anne Lister’s journey has resonated with viewers.

“We are incredibly grateful to Sally, to the impeccable Suranne Jones and Sophie Rundle, and to the entire cast and crew for bringing Anne and Ann’s story to life. We’d also like to thank our partners at BBC and Lookout Point for their collaboration on two remarkable seasons.”

Leading duo Jones and Rundle have since taken to their respective Instagram profiles to comment on the show’s cancellation. Alongside an amusing video of Season 2 bloopers, Jones wrote: “While it is sad... this show has brought so many together. Enabled people to share their stories, brought joy, emotion and creativity, and gave me a real connection to you as its audience.”

Meanwhile, Rundle remarked: “What a privilege it has been to play Ann Walker, and bring her and Anne Lister’s extraordinary love story back to life.”

Fans of the show are understandably distraught about the cancellation, with many taking to Twitter to vent their frustrations. See below for a round-up on the audience’s thoughts and feelings.

However, there may be light at the end of the tunnel. Although HBO has cancelled the show, it’s important to remember that BBC co-produced the series.

A spokesperson for the BBC has reportedly told Metro.co.uk: “We are tremendously proud of Gentleman Jack, a show which has made a huge cultural impact, and we are in discussions with Sally about what’s next.”

Could there be a chance that the BBC will pick up Gentleman Jack and soothe the broken hearts of the queer community? We’re keeping our fingers crossed.

More like this
This Pre-'Love Island' Video Of Olivia & Zara Together Changes Everything
By Bustle UK
Twitter Can’t Make Up Its Mind About Ekin-Su’s 'Dancing On Ice' Skate-Off
By Sophie McEvoy
Rupert Grint Just Shared A *Major* Update About Ron Weasley’s Future
By El Hunt
Twitter Is Saying The Same Thing About Ekin-Su’s 'Dancing On Ice' Debut
By Sophie McEvoy
Get The Very Best Of Bustle/UK
Sign up for Bustle UK's twice-weekly newsletter, featuring the latest must-watch TV, moving personal stories, and expert advice on the hottest viral buys.