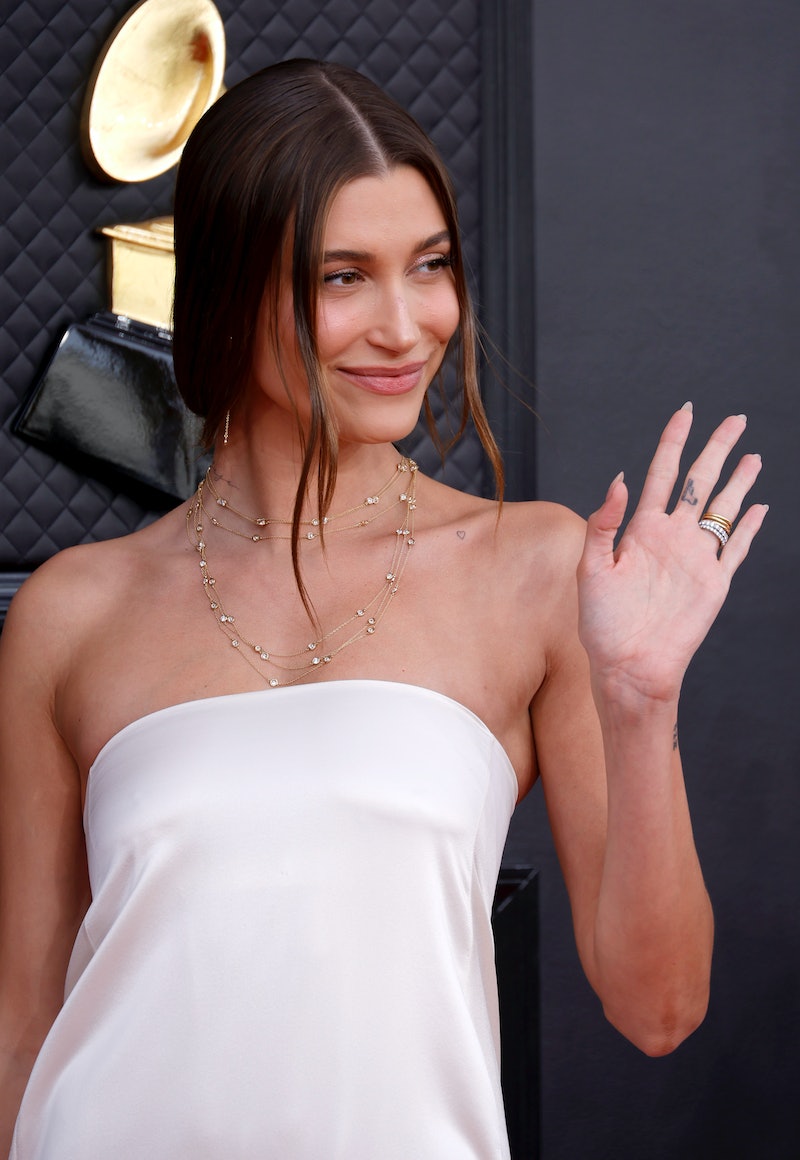 From Miu Miu to Victoria’s Secret, Hailey Bieber’s modeling career is very much on. It just hasn’t included the runway for a while — and probably won’t again, as she confirmed in a recent interview with Allure. In her May cover story, Bieber explained why she stepped off the runway several years ago.

“I had a really bad experience with a casting director who was very important,” she said. “He said something to my agent that just shook my confidence when it came to the runway.”

Though Bieber didn’t clarify when, exactly, the pivotal moment took place (or for which show), she’s been open about criticism that caused her insecurity on the runway before. Speaking to Vogue Australia in 2019, she said, “I had so many people, like casting directors, say: ‘We don’t think she’s a real model.’” Being on the shorter side (at 5 feet, 8 inches) meant she wasn’t “a runway girl,” Bieber explained, and she “used to feel inferior” to friends like Kendall Jenner, Bella Hadid, and Gigi Hadid.

As Page Six reported in 2019, she criticized her own form in an Instagram story, circling her arm mid-swing during a Zadig & Voltaire show. “What I do know, is that ur [sic] arm should never swing this high when ur walking on a runway.. hence why it is not, and will never be my thing again lol.” Various outlets speculated at the time that she was giving up runway modeling, and sure enough, she still hasn’t returned to the catwalk.

Bieber has instead found her own path in fashion. She explained to Allure that supporting the brands she works with from the audience, instead of the catwalk, is a plus for her mental health — and it leaves room for other projects, too. “I don’t want to feel bad about myself in this space because I feel really good about the other work that I do,” she said. “So why would I even put myself in a position to feel small?”

After Bieber’s last show (Versace, in 2018, W Magazine notes) she seems to have filled that part of her schedule with other endeavors: like Rhode, her skin care line, which is out in June. In fact, according to Allure, she first filed for a trademark for a beauty company (then, “Bieber Beauty”) all the way back in April 2019, just months after leaving the runway — so it looks like runway retirement, for Bieber, may have been more of a beginning than an end.

More like this
Justin & Hailey Bieber's Bond Is "Unbreakable" Amid His Ramsay Hunt Diagnosis
By Bustle Editors
Harry Styles' New Gucci Collab Is Serving Woodland Chic
By El Hunt
Selena Gomez Is Fine Being Single, But She Still Manifested Romance On 'SNL'
By Martha Sorren, Jake Viswanath and Jack Irvin
Kris Jenner Drunkenly Toasts Khloé Kardashian’s 38th Birthday With This Speech
By Grace Wehniainen
Get Even More From Bustle — Sign Up For The Newsletter