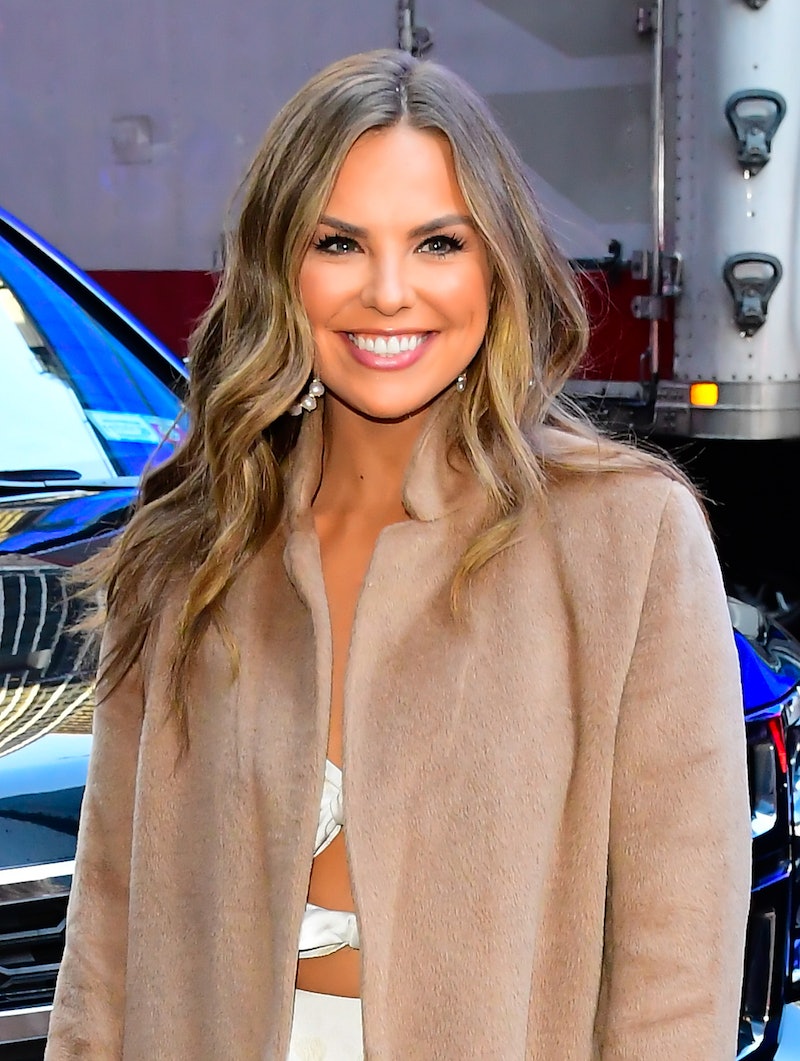 Peter Weber chose Hannah Ann Sluss during his season of The Bachelor, which aired in early 2020 — but apparently, it was another Hannah he still had feelings for. During a recent interview with People, Bachelorette alum Hannah Brown opened up about her complicated relationship with Weber, which didn’t end when the couple parted ways during her Bachelorette season. In fact, they even “hooked up,” as People put it, while Weber’s episodes were still airing.

“Going back and seeing him as the Bachelor, it brought up a lot,” she said in the interview, which was published Nov. 17. “Peter told me he'd quit the show, 100 percent, if I could say that I wanted to be with him. I wanted to go on a date with him, but I couldn't say that I knew for sure.”

Though that exchange happened off-screen, what we did see was just as emotional. “I question it all the time,” Brown told Weber of her decision to send him home. It’s this unfinished business that set the stage for the two to go home together after meeting up at a party celebrating the engagement of their fellow franchise stars, Dylan Barbour and Hannah Godwin, in February 2020 — i.e., when Weber and Sluss “were having troubles,” per Brown.

“He was like, ‘I have so much to tell you,’” Brown told People. The outlet noted that in her new book, God Bless This Mess, Brown said they “ended up in bed together” after the party. “The chemistry just wasn't there. It just sucked. And then, I found out he had another girl [runner-up Madison Prewett] on his mind. It was all so bizarre.” Brown also revealed that she hasn’t talked to Weber since, but she’s “in a really good place” and “[doesn’t] wish ill on anybody.”

For Weber’s part, we did get his side of the story (sort of) last year. Though he never said the two hooked up, he did reveal that Brown had reached out and was “struggling” with the episodes — potentially another factor that led to them getting together and testing the waters one more time.