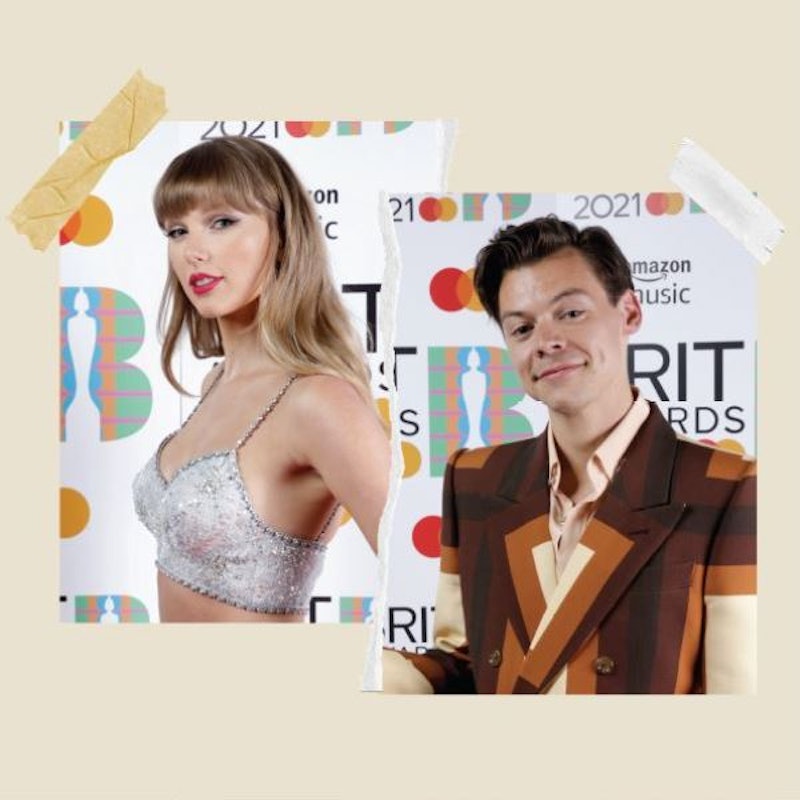 If you’re a fan of Taylor Swift or Harry Styles (or both), then chances are you’re very familiar with the saga of Haylor. Despite breaking up nearly nine years ago now, shippers of this relationship won’t let it end. In fact, when Swift sang about Styles on her 2014 album 1989, it led to a whole new set of rumors that these two still pined for each other. While time has shown that both singers have moved on both romantically and career-wise, Swift and Styles’ relationship timeline proves that their short-lived romance had a huge impact on both them and their music.

Swift and Styles began dating sometime in the fall of 2012, but the exact timing isn’t known since they weren’t officially photographed together until that December. By January 2013, they had officially called it quits, as evidenced by an iconic photo of Swift alone on a boat after reportedly leaving her vacation with Styles early. While their whirlwind romance only lasted a few months at most, it provided enough material for both artists. Some three songs from Swift’s Grammy-winning 1989 album seem to be about Styles, while at least one track from Styles’ debut solo album was purported to be inspired by their relationship.

Now, nearly a decade after their breakup, there doesn’t seem to be any “bad blood” between the exes anymore. Here’s a timeline of Haylor’s romance, and how they’ve spoken about each other publicly ever since.

Rumors spread that the two were dating after Swift was spotted wearing a silver paper airplane necklace, which matched one that Styles had constantly been wearing. If you’re Swift-savvy, you may also remember the reference from “Out of the Woods,” where she sings about being “two paper airplanes flying, flying, flying,” not to mention the music-video moment when she rips off her necklace and hurls it over the edge of a cliff.

Styles and Swift were finally photographed together for the first time in the beginning of December, when they were seen walking through Central Park together and visiting the zoo, all but confirming rumors of their relationship. Paparazzi caught them on other NYC outings as well.

December might have also marked the snowmobile accident that Swift references in “Out of the Woods,” which resulted in one of them having to get “20 stitches in a hospital room,” according to the song’s lyrics. Since Styles had a bandaged chin that month, it seems likely that he was involved in the infamous incident.

The pair reportedly broke up on Jan. 7, 2013. According to reports from Us Weekly, Swift and Styles were vacationing in the British Virgin Islands together but got into a heated argument and officially split. Swift reportedly cut her trip short and left early, which explains the iconic boat photo, while Styles stayed back to party with billionaire Richard Branson. Well, that’s one way to quickly get over a breakup.

Just months after their split, Swift refrained from speaking about her relationship with Styles herself, but authorized one of her friends to tell Vanity Fair how it came to be. According to the unidentified source, Styles “chased” Swift and “wore her down” for nearly a year, before they finally got close over one weekend in the spring of 2012. “He was all, like, ‘You’re amazing. I want to be with you. I want to do this,’” the friend reported. Soon after, while he was on tour with One Direction in Australia, he texted Swift about a surfaced photo of him “kissing a friend good-bye,” according to the friend, only for Swift to see they were “making out like with their hands all up in each other’s hair,” which led her call it quits.

Months later, Swift reportedly accepted Styles back after he kept pursuing her and promising to never stray again. “So then they got back together, but the whole time she says she feels like he’s looking at every girl and thinking about hooking up with every girl,” the friend said. (Styles’ rep at the time denied the friend’s stories, calling them “undeniably false.”) Evidently, the tension reached a boiling point in BVI, where they eventually broke up for good.

Later that year, Styles opened up about the breakup, basically predicting that Swift would write songs about their relationship — and hinting that he may do the same. “It would be hypocritical for me to say she couldn’t do it because everybody writes songs based on personal experience,” he told Us Weekly. “I can’t say I’d have dated someone less famous to avoid it.” He also said he wouldn’t have any hard feelings over it because he knew Swift’s tracks would be good. “At least she’s a great songwriter!” he joked.

In a 2014 interview with Rolling Stone, Swift admitted she hadn’t dated anyone since Styles. “I feel like watching my dating life has become a bit of a national pastime,” she said. “And I’m just not comfortable providing that kind of entertainment anymore.” While she hadn’t sworn off love completely, she told the outlet that she just didn’t have the energy to date, and was perfectly happy living the single life. Obviously, this changed sometime in 2016, when she started dating current boyfriend Joe Alwyn.

“I have friends around me all the time,” she told Rolling Stone during her 2014 interview. “I’ve started painting more. I’ve been working out a lot. I’ve started to really take pride in being strong. I love the album I made. I love that I moved to New York. So in terms of being happy, I’ve never been closer to that.”

Styles’ prediction came true. There is not one, but supposedly three songs about Styles on Swift’s first pop album, 1989. From the obviously titled “Style” to the airplane and snowmobile references on “Out of the Woods,” there seem to be plenty of clues in her lyrics that these tracks are about him. Fans also speculate that other tracks that don’t explicitly hint at Styles, like the breakup anthem “All You Had to Do Was Stay” and the songs “I Know Places” and “Wonderland,” which tell metaphor-laden tales of how she hides her relationships from the public eye, could also be inspired by their romance.

Nearly three years after Swift’s songs about Styles were released, the 1D alum shared his side on his self-titled solo album. Fans speculated that “Two Ghosts,” which tells the story of a breakup caused by natural growth and distance, was about Swift, connecting the opening lines “Same lips red, same eyes blue / Same white shirt, couple more tattoos” to Swift’s mention of “red lips” and a “white T-shirt” on “Style.”

In an interview with Radio 1 on album release day, he didn’t exactly deny the speculation. “I think it’s pretty self-explanatory,” Styles said. “Sometimes things change, and you can do all the same things, and sometimes, it’s just different.”

At a concert in March 2018, Styles delighted fans when he seemed to fondly reference his ex on stage. The singer was playing in Copenhagen when he found out a fan was celebrating her 22nd birthday. “Twenty-two. She’s 22, OK,” he said, before adding what sounded very much like some iconic Swift lyrics: “I don’t know about…” The crowd started cheering, so apparently everyone was feeling 22.

Since Styles released “Two Ghosts,” things had been pretty silent on the Haylor front until fate brought them together unexpectedly at the 2021 Grammy Awards. Swift was the first person to stand up and applaud when Styles won his first Grammy for his 2019 single “Watermelon Sugar,” which even beat out Swift’s own hit “Cardigan” for Best Pop Solo Performance. Now that’s a great example of amicable exes.

Later that night, the Grammys’ YouTube channel shared a behind-the-scenes video of Swift and Styles smiling and chatting during commercial breaks. While no audio was provided, fans deciphered that Styles apparently told Swift, “It was nice to see you,” and “Congrats on the album.” Later that night, Swift went on to win Album of the Year for her 2020 album Folklore, marking a record third win in the category. Perhaps they were each other’s unexpected good luck charm.

Phew, that was a lot to follow! In case you need a refresher of their relationship itself, here’s a handy recap using emojis:

More like this
Taylor Swift & Her Mom Clap Back Against The “Shake It Off” Plagiarism Lawsuit
By Jake Viswanath
Who Is Camila Cabello Dating? She's Getting Cozy With Lox Club CEO Austin Kevitch
By Radhika Menon
Kanye West Has The Most Kanye Reaction To Kim Kardashian & Pete Davidson's Split
By Jake Viswanath
Twitter Is At Odds Over Taylor Swift’s Possible ‘All Too Well’ Oscar Run
By Brad Witter
Get Even More From Bustle — Sign Up For The Newsletter

This article was originally published on Dec. 2, 2014