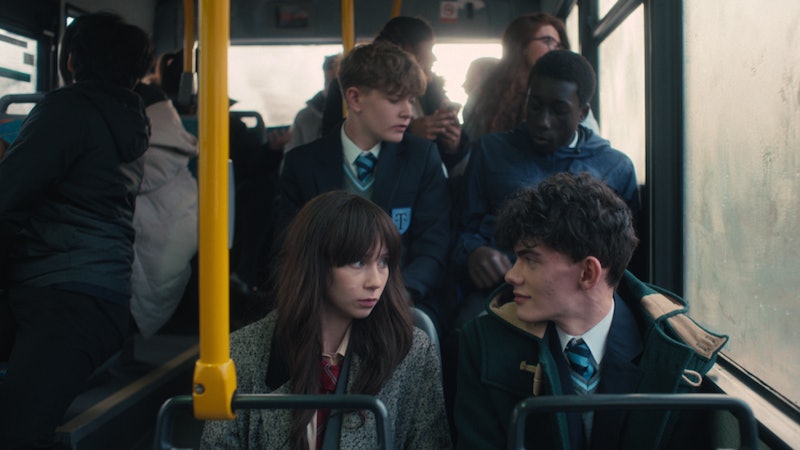 Ever since Heartstopper landed on Netflix, viewers have been obsessed with all things related to Charlie Spring (Joe Locke), Nick Nelson (Kit Connor), and their wonderful group of friends. However, fans have found themselves starting to wonder about the backstory of some of the other characters, namely Charlie’s older sister, Tori (Jenny Walser).

Throughout the series, which champions and celebrates a queer love story between school boys Charlie and Nick, the former’s older sister Tori provides emotional support. She advises Charlie as he deals with the ups and downs of life as a young gay teenager. Indeed, Tori seemingly appears out of nowhere to have a chat with Charlie whenever he is going through something, and now some viewers are wondering if there might be something supernatural about her character. Yep, there’s a new theory floating around which suggests Tori might actually be a manifestation of Charlie’s mind.

"Okay, I think the sister in Heartstopper is not real. I think his [Charlie’s] sister is a manifestation of her after she passed, she really isn’t seen with him with other people, only when she’s alone with him does she appear,” TikTok user andyrewvo states. “Also, she really isn’t brought up in conversation and based on appearance, she’s very much pale compared to the other characters, thoughts?”

Indeed, at one point on the show, Charlie asks how she can be everywhere at once — to which Tori simply replies: “Older sister magic.”

Interestingly, other fans have taken to Twitter with similar interpretations of the supporting character.

The only problem with this theory is the fact other characters are seen acknowledging Tori’s presence. In fact, Tori accidentally walks into the room when Nick and Charlie are having an intimate moment. An interruption that Nick surely wouldn’t have noticed if Tori wasn’t a real, physical person.

Plus, if Tori had passed away at some point in Charlie’s life, we can’t help but think that would be discussed.

If we look back to the source material by Alice Oseman, Tori’s character was actually created before Nick and Charlie for her novel titled Solitaire. Published in 2014, the success of that story led Oseman to expand her universe in order to tell Charlie’s tale.