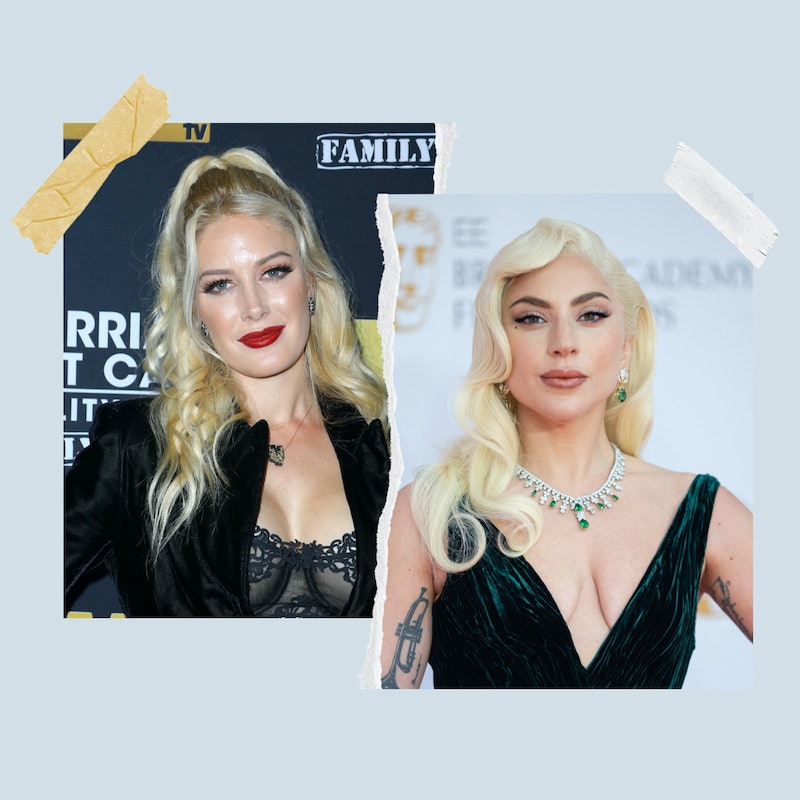 Heidi Montag has a bone to pick with Lady Gaga. In a recent interview on the Unpopular podcast, the reality TV icon told host Jacques Peterson that the pop star stole her song and “pulled the cord” on her bustling music career. According to Montag, their feud began in 2009 when Gaga was first starting out. The Hills star said that they were both working with producer RedOne at the time, but things got complicated when Montag recorded a song called “Fashion,” which Gaga wrote.

“[RedOne] and I was going to pair up and we were going to do what him and Lady Gaga ended up doing, which is writing every song together and producing,” Montag explained. “He was like, ‘I just need to get the consent of the writer.’” He then called up Gaga to ask for permission to record the song with Montag, who was in the studio at the time. “[Gaga’s] like, ‘Great. Sure, she can have that song.’ So then I recorded it and it was my song,” she said. “That was the impression I was under.”

But drama ensued when Montag used the song for an appearance on The View. After appearing on the talk show, the reality star claimed that Gaga went ahead and recorded her own version of the track for the 2009 musical comedy Confessions of a Teenage Drama Queen. “It’s hard because people are like, ‘I love Lady Gaga!’ And I’m like, ‘I’m sure she’s great but I have not had the best encounter with her,’” the 35-year-old said. And according to Montag, this wasn’t her only negative experience with the “Rain On Me” singer.

As longtime fans of The Hills know, Montag and her former co-star Lauren Conrad used to be best friends, but a fight over Montag’s now-husband Spencer Pratt tore them apart. While it’s possible that Gaga didn’t get the memo that liking Conrad meant that you were “not a Heidi fan,” the reality star said that it felt intentional when the pop star gushed about Conrad over the phone. “I talked to her on the phone for a second and she was like, ‘I just filmed with Lauren and Whitney [Port] on The Hills.’ I was like, ‘Who is this girl? What is happening? She’s a hater, clearly!” Montag recalled.

Sadly, their problems didn’t end there. “[Gaga] did not want me working with RedOne and she told RedOne she wouldn’t work with him anymore if I kept working with him,” Montag claimed. “And he’s like, ‘I’m sorry. She’s my writing partner for huge things.’ We even went out to dinner with him several times and we were hanging out with him and she pulled the cord.” Ultimately, Montag believes Gaga saw her as a threat, especially since they were both trying to find success in the music industry at the time.

“I think she saw that RedOne is one of the biggest and best producers and writers and if he takes Heidi that’s taking my magic,” she explained. “He wrote ‘Just Dance’ for her, he wrote almost every song with her and produced it. So of course she’s not going to want to share that when at that moment I was a potential rival for what she was doing.” Bustle has reached out the Lady Gaga’s reps for comment and will update this story accordingly.

More like this
Twitter Is In Awe Of Taylor Swift’s “Lavender Haze” Music Video
By Jake Viswanath
Cruz Beckham Teased New Music With An Adorable Nod To Mom Victoria Beckham
By Stephanie Topacio Long
Zach Gilford Admits He Forgot Taylor Swift's Name When He Starred In Her Music Video
By Jake Viswanath
Who Is Pete Davidson Dating? He & Chase Sui Wonders Got Caught Kissing
By Jake Viswanath
Get Even More From Bustle — Sign Up For The Newsletter
From hair trends to relationship advice, our daily newsletter has everything you need to sound like a person who’s on TikTok, even if you aren’t.