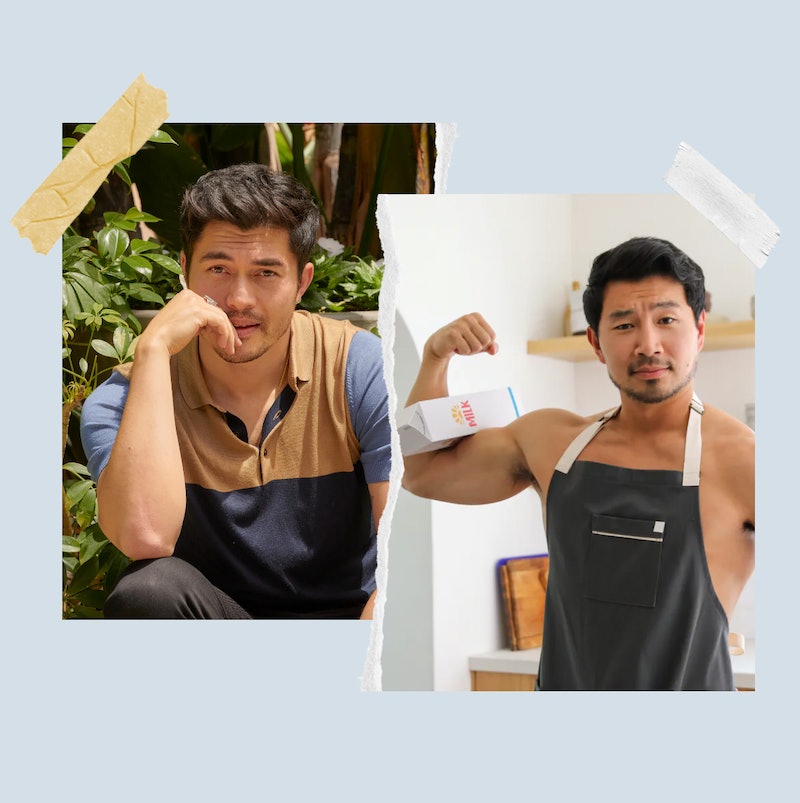 Throughout his career, Henry Golding has dabbled in many types of leading roles. The 34-year-old actor has been the ghost that kept the holiday spirit alive for Emilia Clarke in Last Christmas, the secretly loaded boyfriend Nick Young in Crazy Rich Asians, and the ruthless gangster Dry Eye in Guy Ritchie’s The Gentlemen. But nothing could’ve prepared him for the backlash he received after he was cast as the titular character in the upcoming G.I. Joe origin film Snake Eyes.

In a recent interview with Inverse, Golding explained that he felt like an “outsider” after fans criticized his casting because his character, Snake Eyes, is traditionally depicted as a blonde-haired, blue-eyed white male. “I feel like an outsider now,” revealed Golding, who is of English and Malaysian descent. “I wasn’t Asian enough for Crazy Rich Asians. I’m not white enough for Snake Eyes. People can say what they want and have a minuscule view of the world. But we are global.”

READ NEXT: 8 Things You Didn’t Know About Henry Golding

This isn’t the first time Golding has described such a feeling. In 2018, he spoke with Bustle about his bicultural identity after he was accused of being “not Asian enough” to star in Crazy Rich Asians. “Just because by blood I’m not full Asian doesn’t mean I can’t own my Asianness. And I relate so much more with my Asian side,” he explained. “I sound ridiculously British, but I was born in Sarawak [Malaysia] ... like I’m from the tribe in the middle of the jungle — you cannot get any more Asian than that.”

Speaking with Inverse, Golding then took a stand against the “toxic” haters whose harmful comments have not only been passed his way, but also similarly sent to actor Simu Liu after he was cast as Marvel’s first Asian lead in the upcoming film Shang-Chi and the Legend of the Ten Rings. “We’re playing characters. Not their background. It’s bonkers we’re still having those conversations when we’re fighting for something so much bigger,” he added. “We should be uplifting each other and rooting for the success of everyone. Not just a few because they’ve been lucky to be brought up in a certain location.”

Liu has faced a similar battle to Golding. In addition to receiving hate about becoming the “most boring character ever,” Liu has his own collection of naysayers who are overtly critical of his appearance since being cast as Shang-Chi. In 2019, the Kim’s Convenience actor, who once called Golding a “bonafide icon superhero,” took to Facebook to stand up for himself after a now-deleted YouTube video by the channel Asian Boss asked people in China to rank Liu’s attractiveness, with most deeming him “too ugly” to become Shang-Chi. After watching the video, Liu remarked that he had “never been called ugly so many times in [his] entire life” and that he continues to field comments online about his looks to this day.

“I got a ton of trolls,” Liu told Men’s Health. “They’d leave Chinese comments on my page, and I’d be so excited to translate them, because I thought, ‘Ooh they must be voicing their support.’ And [instead] it would be like, ‘Your face looks like a dog’s anus, you don’t deserve this role.’”

Liu continues to call out the haters with his tweets and also uses his platform to educate audiences on the correct way to pronounce the names of the upcoming film’s characters. “A lot of teachers thought I’d never amount to anything, a lot of producers, directors, writers AND co-stars have questioned my acting ability, and I’ve been rejected from countless conservatories, grants, programs, etc. I’ve been second-guessed at every single possible step of my career,” he wrote, according to Huff Post. “The reason why I’m still standing is because I’m singularly focused, I have the utmost belief in my abilities and I refuse to let the opinions of others define me.”

Despite all of the backlash that both him and Liu have personally experienced, Golding believes that the first step in bolstering diversity on screen starts “with the directors, in the writer’s room” and works its way up from there. “It starts from conception, creating stories and characters anybody can play. Is it so important that your character has to be a particular race?” he asked Inverse. “But if it’s [the character’s] actions that drive the story, then anyone can play it. Anyone should play it. If you’re not serving justice to the page, then what’s the point?”

For more on Golding, read the “Henry Golding Has Main Character Energy” feature on Inverse, written by author Eric Francisco and shot by photographer Kaleb Marshall.

More like this
You Definitely Know The Voice Of Shuri's AI In 'Black Panther: Wakanda Forever'
By Brad Witter
Keke Palmer Finally Showed Angela Bassett Her Famous Impression Of Her
By Stephanie Topacio Long
Jodie Turner-Smith & Joshua Jackson's Relationship Timeline Includes Her Proposing
By Jake Viswanath
J.Lo Wants To Make A Sequel To This Movie With Ben Affleck
By Jake Viswanath
Get Even More From Bustle — Sign Up For The Newsletter