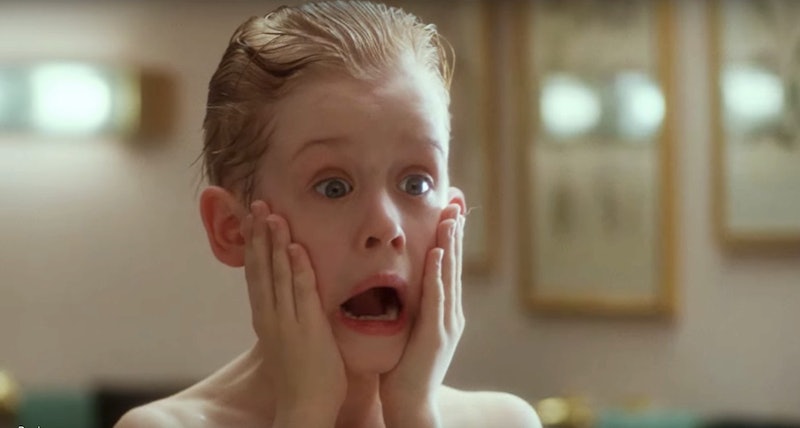 More than 30 years after its release, the plot of the ‘90s Christmas classic Home Alone still poses a lot of questions among fans. Namely, how on earth did Kevin McAllister’s parents completely forget about their child when heading off on vacation? Well, thanks to one eagle-eyed TikTok user, we may have finally found the answer.

As fans of the festive favourite will recall, the movie centres on the escapades of young Kevin (Macaulay Culkin) who is accidentally left behind at home when his family jet off to Paris for the holidays. While home alone, the McAllister residence is targeted by two (rather hopeless) burglars who believe the home to be empty, prompting Kevin to booby-trap the entire house and wreak havoc on their plans.

As mentioned, one blink-and-you-missed-it frame at the beginning of Home Alone recently did the rounds on TikTok, and pretty much clarifies one major plot hole that has bothered many fans for the past three decades.

The subtle plot detail in question occurs the night before the McAllister clan leaves for the airport, during the family’s hectic dinner scene. As Kevin’s father clears the messy dining table, he is then (very briefly) shown accidentally throwing Kevin’s plane ticket into the trash.

Although this doesn’t entirely excuse the McAllister parent’s mishap (which they go on to repeat in Home Alone 2), it does explain how it wasn’t obvious that Kevin had been left behind when the plane tickets were being handed out among the other McAllister children at the airport.

“Been watching Home Alone all these years and did not know that the dad thew away Kevin’s plane ticket,” the TikToker wrote in a caption upon their discovery — and it appears many fellow users were equally surprised.

“It’s taken me 30 years to realise this. Three decades,” one user commented. “How on earth did I miss this?” another user wondered.