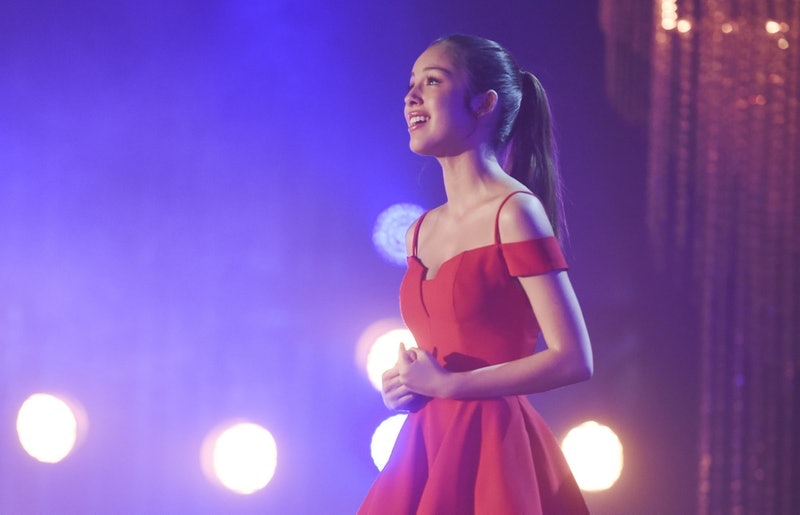 In case you haven’t already noticed, Olivia Rodrigo is taking over the world. The 18-year-old instantly broke records left and right with her soul-crushingly cathartic single “Driver’s License,” and following the release of her debut album, Sour, it doesn’t look like she’s slowing down anytime soon. But as much as Rodrigo may seem like an overnight phenomenon, true fans have been obsessing over her talent since they first met her as Nini Salazar-Roberts in the Disney+ original series, High School Musical: The Musical: The Series.

In a video with NYLON, Rodrigo reflected on her career thus far, explaining that the show’s first season—which followed East High’s drama club as they set out to perform High School Musical—offered a unique gateway to the music industry. During Season 1, Rodrigo published her very first song, “All I Want,” which unsurprisingly became a TikTok hit, proving her ability to create catchy, ultra-relatable hits.

“I don’t think I would be where I am today if people on that show hadn’t given me that insane opportunity, so I feel really grateful,” she said. “I wrote that song entirely by myself, like in my bedroom in Utah. It was actually one of the first songs that got big because of TikTok, which is crazy.”

Newly-minted Rodrigo stans who can’t stop streaming Sour will be thrilled to learn that the singer keeps the fandom (who are referred to as “Livies,” by the way) well fed. She is still very much involved in HSMTMTS. Season 2 premiered May 14, and new episodes of the show will continue to drop weekly throughout the month of June on Disney+. The newest season shares the drama club’s journey as they prepare for their next musical, Beauty and the Beast… so, get ready to hear Rodrigo belt out some beloved Disney classics as well as some new original tunes she wrote herself.

Of course, there’s another reason those who can’t get enough of Sour will want to tune into HSMTMTS: The series offers a glimpse at the chemistry between Rodrigo and her costar Joshua Bassett. The pair have never confirmed whether they ever dated, but fans can’t help but speculate that a few of Rodrigo’s lyrics are about Bassett.

Sign up for Disney+ today so you’ll never miss another moment, and stream the all-new season of High School Musical: The Musical: The Series now.