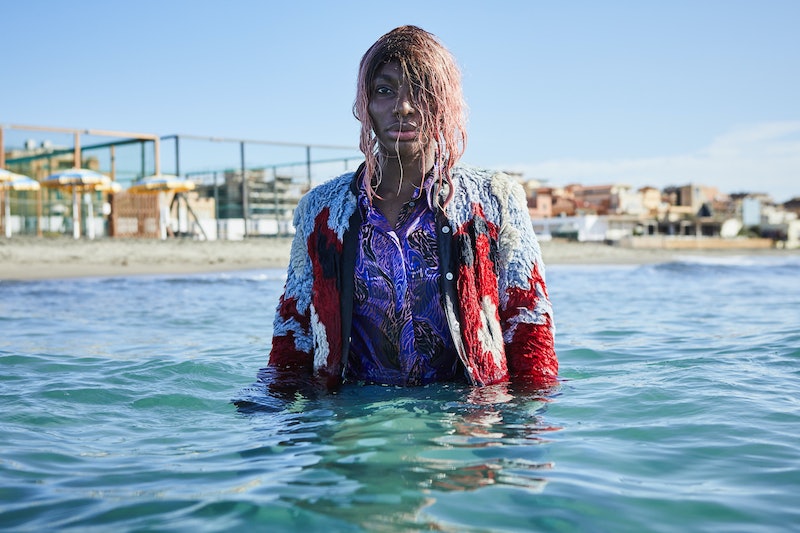 The nominations for the 78th annual Golden Globe Awards were announced the morning of Feb. 3, and streaming favorites including The Queen's Gambit, Unorthodox, The Undoing, and even the polarizing Emily In Paris dominated the television categories. One series that is surprisingly absent from the list, however, is BBC One and HBO's I May Destroy You, the near-universally critically acclaimed drama series created by and starring Michaela Coel.

Centered around millennial author Arabella Essiedu (Coel), I May Destroy You initially finds her in a pit of writer's block, which she attempts to offset with a few hours out at a nearby bar. But when her drink is spiked, Arabella is violently sexually assaulted, and throughout Season 1 she must rebuild her life following the incident. Based on a real-life experience of Coel's that occurred while she was writing her E4 sitcom Chewing Gum, the dark, comedic drama series explores the nuances of consent, power dynamics, race, sexuality, and more over its excellent twelve episodes.

In a whirlwind of critical praise for the series, Coel graced the magazine covers of New York, W, GQ, Paper, Garage, and more throughout 2020. I May Destroy You has already received its first award for breakthrough series at the Gotham Awards as well as two nods at the upcoming Critic's Choice Television Awards. So when this year's Golden Globe nominations dropped, fans were shocked the Hollywood Foreign Press Association didn't extend a single nod for the show or Michaela Coel. They immediately took to social media to express their disappointment as the show was eligible for consideration.

"I may destroy the Golden Globes," tweeted New York Magazine's E. Alex Jung, who spent hours talking to Coel for the magazine's July cover story last year. "I May Destroy You was one of the single best pieces of television we’ve seen in a really long time," wrote another Twitter user. "There just aren’t many storytellers on her level."

Below, more fans react to I May Destroy You's Golden Globes snub.