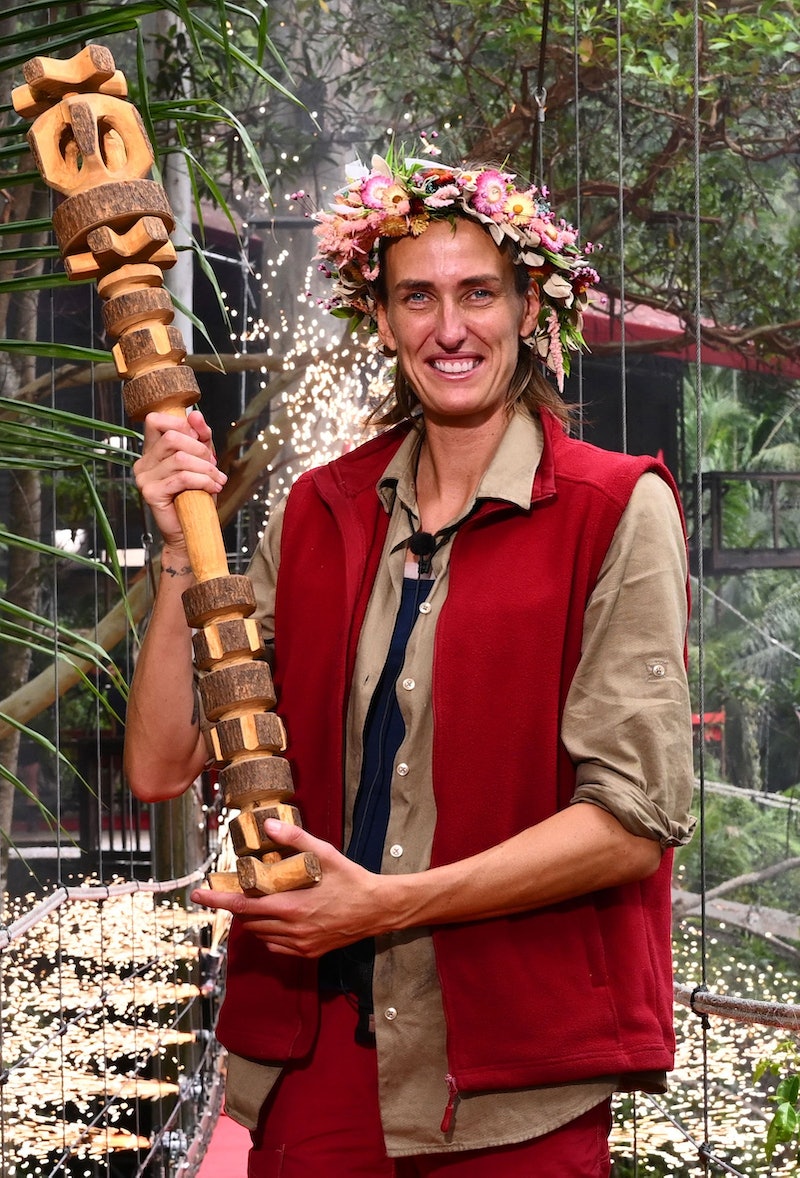 Bringing it home for the second time this year, former Lioness Jill Scott was crowned Queen of the Jungle during the I’m A Celebrity… Get Me Out of Here! final. After 22 days in the Australian jungle, Scott took first prize ahead of Hollyoaks star Owen Warner and former Health Secretary and Conservative MP for West Suffolk Matt Hancock. However, before Scott took home the crown, she and her two remaining campmates took part in the last trial of the series. The former footballer faced her fear of rats, Warner realised he doesn’t mind a fermented duck egg, and Hancock was submerged underwater with all sorts of critters.

When it was finally time to discover who would be going home in third place, a sigh of relief washed over many when hosts Ant McPartlin and Declan Donnelly read out Hancock’s name. As the former MP crossed the bridge to meet his girlfriend, Gina Coladangelo, they inadvertently recreated the photo that cost him his role as Health Secretary.

Then it was between Scott and Warner. Both wanted the other to take home the crown, but the votes saw the former Lioness win her second victory of the year after winning their match against Germany in the UEFA Women’s Euro 2022 Championship final over the summer. Scott’s teammates were quick to congratulate her on her latest title, including Beth Mead, Chloe Kelly, Ella Toone, and Lauren Hemp. “Honestly one of the best people you’d ever get to meet and the world’s fallen in love with you too,” Hemp wrote on Twitter. “Always been a queen.” Scott was in total disbelief after winning I’m A Celeb but was thankful and “so honoured to be Queen of the Jungle.”

Below are some of the best memes and tweets from the I’m A Celeb final, including Scott’s win.