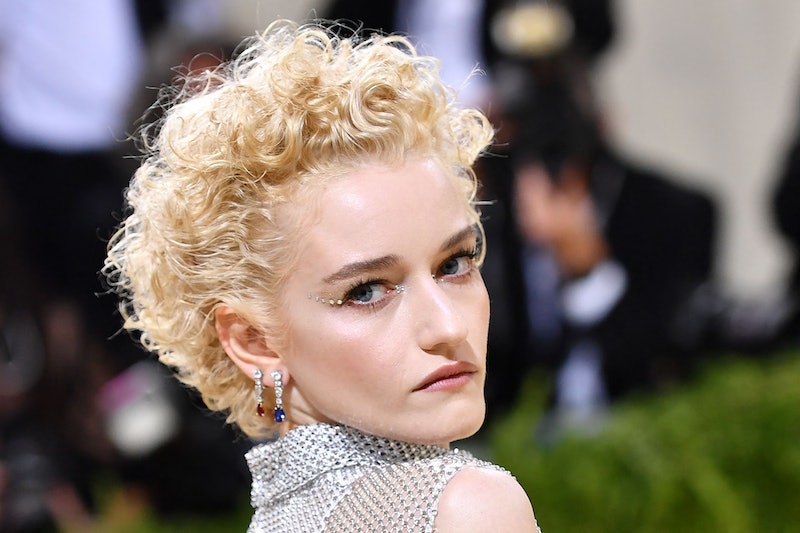 Following the release of Netflix’s Inventing Anna, there are still plenty of questions about the main subject of the series, Anna Sorokin, who conned New York’s elite out of thousands under the guise that she was a German heiress named Anna Delvey. Actor Julia Garner, who portrays the infamous scammer in the Shonda Rhimes series, has a few theories herself about Sorokin’s motivations. In a new interview, Garner speaks on the dangers of fame and seeking validation within it.

Speaking to The Sunday Times, Garner says she visited Sorokin in a New York prison in January 2020, where Delvey was serving a four-year sentence for her infamous scams. Garner — who also stars in Netflix series Ozark — revealed Sorokin is “surprisingly bubbly and very funny”, however, the 31-year-old understandably has “her guard up.”

“That’s just who she is as a person. I knew I wasn’t going to get a whole lot of information from her past, but I wanted to capture her spirit and energy,” Garner explained.

As the Netflix’s dramatised series details, Anna Sorokin’s adopted identity as a German heiress with a multi-million pound trust fund, allowed the then twenty-something to defraud friends, airlines, and hotels out of thousands of dollars. The Russian socialite is depicted in Inventing Anna as shrewd, cunning and, sharp-tongued.

“The whole thing is an act,” Garner added in the interview. “Anna is constantly on, constantly acting. The only time that she’s not acting is when she’s by herself.”

After walking in Sorokin’s (expensive) shoes, Julia Garner told The Times that she somewhat related to Anna’s desire to “make something of yourself.” She explained: “Anna just wanted to be validated. Maybe she wasn’t validated as a child.” Of course, Anna Sorokin’s grand scale schemes did eventually make her famous, largely in part due to a standout 2018 New York Magazine article that then became the inspiration for Inventing Anna.

Reflecting on her own career, Garner told the publication that fame “horrifies her” and offered a stark warning to the fame-hungry. “I think it’s gross, to be honest. To have it be an unhealthy higher power, I think that’s dangerous … so much so that look what happened with Anna.” Though she was previously released from prison, Sorokin is currently detained at an ICE detention centre in New York, where she’s awaiting deportation.